The news of superstar singer Prince's passing shook fans and brands all around the world. Several brands have even taken to Twitter to pay their tributes to the music legend.

One of the best tribute has got to go to Chevrolet. The brand made references to the song "Little Red Crovette" by Prince, which struck a chord with many fans and drawn much positive feedback. 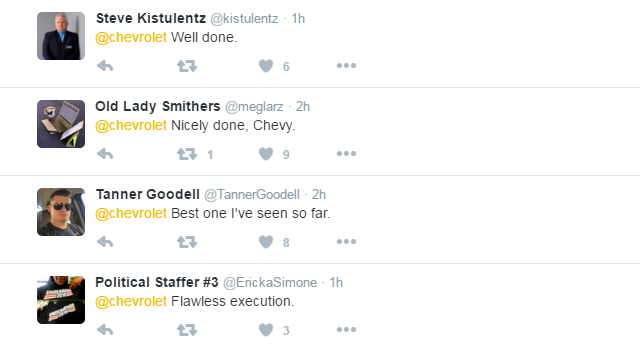 Meanwhile, here are some Tweets by brands that went out:

We join the world in mourning the loss of a genius, a legend, and an inspiration to generations of artists and fans. pic.twitter.com/nd5OgLcRdl

He embodied so much of what we prize most: fearlessness, love and a refusal to stand still. RIP, @Prince. — Lenovo (@lenovo) April 21, 2016

A purple nebula, in honor of Prince, who passed away today. https://t.co/7buFWWExMw pic.twitter.com/ONQDwSQwVa — NASA (@NASA) April 21, 2016

But, as expected, not all of these tributes were appreciated by mourning fans. A few brands have posted tributes that doubled-up as promotional tweets, which have been described by some Twitter users as "insanely stupid" and "in poor taste".

One brand who has garnered some bad feedback from its tribute tweet is 3M, who posted an edited purple brand logo with a teardrop. Many have called out the brand for trying to put themselves in the spotlight by taking advantage of the trending news.

However, there were others who came to 3M's defence, saying they felt the Minnesota pride. 3M is a Minnesota-based company, which is also the hometown of Prince.

Actually like that MN brands jumped in on the #RIPPrince news. Feels close to home for us Minnesotans. https://t.co/b1jqcgdx8i

Another brand that has drawn some flak over its tribute tweet is Cheerios. The brand has since taken down the tweet. Cheerio's tribute tweet sees a classic Cheerio dotting the 'i' in the image, which got many users calling it distasteful as it seemed promotional for the brand.

While 3M and Cheerios both released tweets of a similar fashion, 3M has not removed its tweet. The brand has received both positive and negative responses on Twitter, while Cheerios has seemingly garnered more backlash since deleting its tweet.

Cheerios may have just reinforced all negative feedback when it decided to remove its tweet, seemingly agreeing that the tweet was indeed in bad taste. A senior writer at Fortune Magazine questioned Cheerios' decision:

Oh @Cheerios. Why delete this? Stand by your tweet. Deleting tweets is also pointless thanks for screenshots. pic.twitter.com/s01qRSHYGC

Other Twitter users have also expressed their confusion regarding the differing responses towards 3M and Cheerios, which are both Minnesota-based brands.

Getty Images is another example of a brand that didn't win over too much love from consumers as it posted a link in its tweet bringing users to the Getty Images site, where photos of Prince can be purchased. Not be a best time to promote its product offerings.

Have you spotted any other great or cringe-worthy tweets? Share with us below.

The writer is Wong Jeng Teng, currently an intern at Marketing Magazine Singapore.