Despite raking in a lower number of F1 tickets sold as compared to last year, a grand total of more than 84,450 tickets were sold. According to The Business Times, an estimated 40% of the crowd were hard core F1 fans who came from other markets.

Meanwhile, main sponsor for the F1 this year, Singapore Airlines (SIA) has also been actively promoting its F1 related packages since the announcement of it taking over the sponsorship title of the local f1 races. Earlier, a survey had claimed that previous sponsors SingTel was still strongly associated with the F1 event.

To that, SIA had said: “As we continue to demonstrate our hospitality during the 2014 and 2015 race editions, we will be able to firmly stamp our mark as the Title Sponsor."

Aside from official sponsors, here's how other brands edged their way in on F1 buzz.

This year alcohol beverage brand Johnnie Walker partnered up with ridesharing service Uber to encourage consumers in Singapore to drink responsibly. As part of the #ImNOTdriving campaign, 10,000km of safe rides home were given away from 10 to 21 September.

Apurvi Sheth, managing director emerging Southeast Asia and Joint Ventures at Diageo said: “For almost a decade, our partnership with the McLaren Mercedes Formula 1 team has provided us with a powerful platform to directly tackle the issue of drinking and driving. [...] By offering once-in-a-lifetime experiences like a free ride home in a McLaren 650S sports car, we hope to encourage as many people as possible to think about the importance of drinking responsibly and make their pledge to never drink and drive.”

The beverage makers also threw its annual Johnnie Walker circuit lounge party over the weekend to join in the F1 festivities.

Here's a look at the event:

It was also all smiles for Mercedes as its driver Lewis Hamilton took home the coveted number one position. To drum up anticipation for the race, the Mercedes drivers also met up with fans at Paragon.

Meanwhile during the race itself, Mercedes’ Twitter page was flooded with constant (and very relatable) tweets as well. Here are some nail biting moments the brand capitalised on to become personable. Take a look:

FINAL LAP!!! Anything you can cross, cross it now, then cross it again... COME ON!!! #F1 #SingaporeGP #RadioSinga

NO, NO, NO!!! We tried everything - and we me everything. But she just won't have it. Disaster for @nico_rosberg #F1 #SingaporeGP

It said:  Are you ready for the electrifying Singapore Night Race? We know we are. #BornElectric #BMWi3 #SingaporeNightRace #f1nightrace 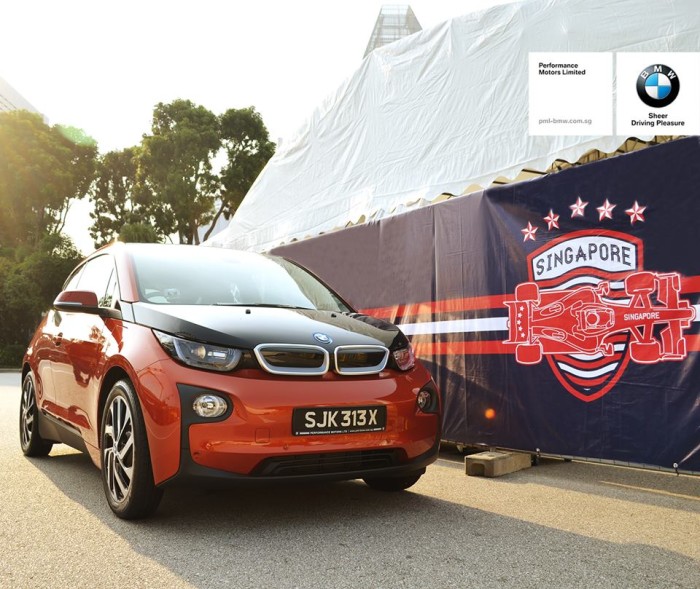 Look at what we spotted at the Marina Bay Street Circuit! Did you know that BMW is the official Course Car of the Singapore Grand Prix 2014? #SingaporeNightRace #f1 #SingaporeGP #f1nightrace 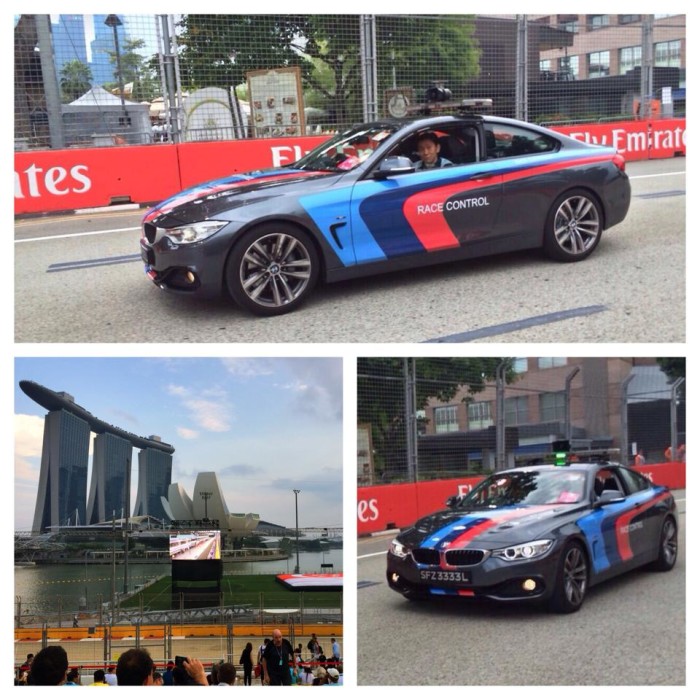 SIA's low cost carrier Scoot was spotted getting in on the social media buzz with this post: 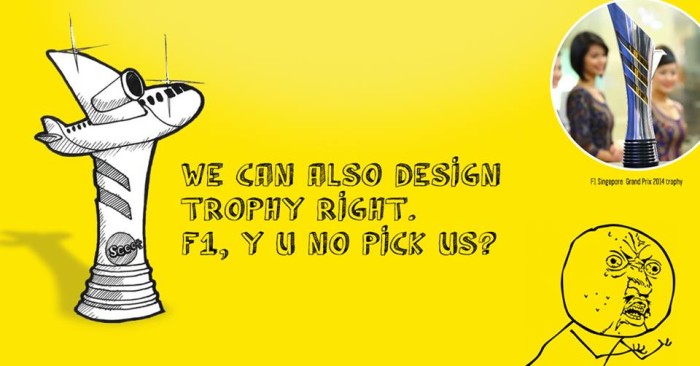 While Redbull Singapore’s Twitter page was a little quiet, Redbull Racing went all out. Take a look:

All work, no play as the Team build up towards this weekend's #SingaporeGP showdown. Night shift mode...activated. pic.twitter.com/s0P7YJSNDL

Lid vs Lid, have your say on your favourite design...Retweet for Seb | Fav for Dan #SingaporeGP #F1 pic.twitter.com/00xMPETsHO

And just so you don’t pass out after all that weekend long partying, BreadTalk and Toast Box are there: 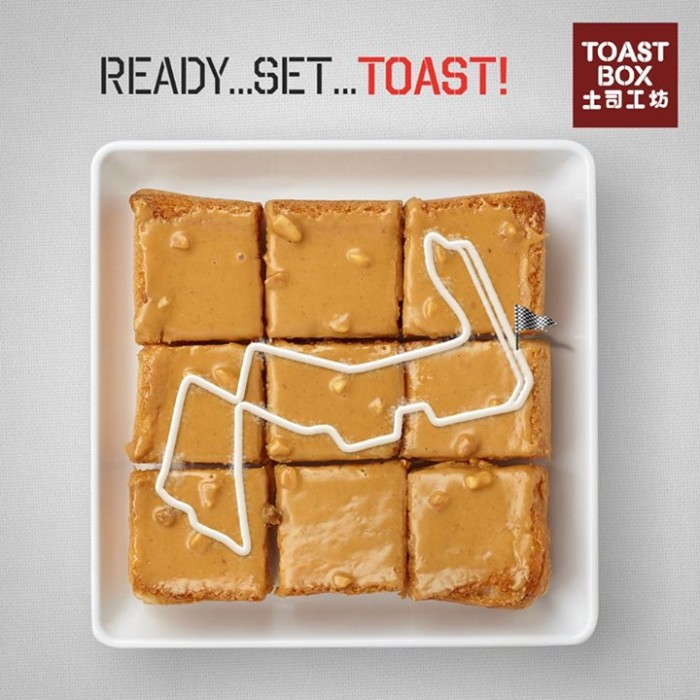 STB and the government

And who says government folks can’t party? Check out the marketers behind the Singapore brand STB and our very own Prime Minister Lee Hsien Loong rocking out here:

Another exciting #SingaporeGP this year! Congrats to @LewisHamilton for a spectacular win. http://t.co/Pe1KJxLMiN pic.twitter.com/twiRn0y4vM

Before the sun goes down and the lights come on...

And no, we're not asleep just yet. ;) Party on!#onestopnonstop #SingaporeGP pic.twitter.com/LsigWbmRLn