TV may not receive as much attention as digital, but TV is still the most important medium, especially in Greater China and Southeast Asia, Parry Ravindranathan, president and managing director – international, Bloomberg Media, told Marketing.

“Unlike other competitors, which are now putting a one-sided focus on digital, we invest in our traditional and digital products through a balanced model,” he added.

Following the revamp of its print magazine Bloomberg Businessweek, the launch of a suite of digital products, including the redesigned app and Bloomberg.com, the company has launched a new TV studio in Hong Kong two weeks ago to enhance its media technology assets. 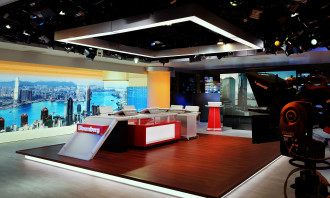 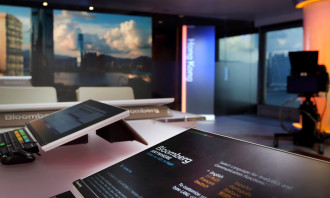 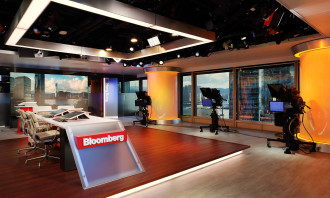 The studio, which went through 10 weeks of construction, is responsible for producing programmes all over Asia. It is now 30% larger than the previous studio, and the facilities are now as equipped as the New York Headquarter studio, Paul Yurisich, head of television, Asia-Pacific, Bloomberg – ‎Bloomberg Media explained.

The desk is able to turn 180 degree to use Victoria Harbour as a background, an L-shaped LED light wall introduced to display graphics, and all lighting and cameras are automated, allowing the London or New York studios to take in-time control.

The company’s “invested heavily in the studio”, making it the biggest studio project they’ve had in seven years, Yurisich added.

“The revamp has more to do with our brand’s perception than anything else,” Ravindranathan explained. “The new look and feel, and the integration with the digital assets, will all provide better TV experience to our audience and those who are on Interactive TV, a data-driven television that is incorporated into the workflow of our terminal users.”

He also expected remote technology to be yet another digital wave after HD TV to impact TV studio, which make it crucial for Bloomberg to embrace the new technology as soon as possible.

“We might not be the first in the world to integrate remote technology in studios, but it’s a first for us and in Asia.”

With Asia currently the fastest growing market for the company, Ravindranathan said they look to lure more business audiences with the suite of newly enhanced platforms. “Tokyo used to be our best market, but the India and Greater China markets are growing fast. We will produce more local language products to develop further soon.”

His food will be offered in Hong Kong soon, but the menu may not be the same as China's...

A new study has found that Singapore has come in eighth for the most creative productivity in Asia Pacific region (including Japan..

The one-year retainer will cover digital marketing services and strategic counsel for the SNS platforms of China Xintiandi's membe..

GroupM Asia Pacific has appointed a digital trading lead and digital operations lead for the region...