Abercrombie & Fitch Co. will bring its new A&F store concept to Hong Kong by the end of 2017 in Harbour City, the company announced nine months after it quit the market.

The American retailer has signed an agreement with Wharf Holdings, and the approximately 6,800 square feet store will be one of the brand’s seven new concept stores that will be completed by the end of 2017.

The updated store layout will provide the customers with “a new vision of the A&F brand and is designed to be an inviting space that facilitates brand engagement and encourages product trial”, the company said.

Since A&F announced the shutdown of its four floor, 25,600 square feet boutique on Pedder Street in Central last year (Read more: A&F closes up Hong Kong shop amid falling profits), the brand has set its hands on launching new prototype stores as part of its re-branding effort.

The first new store has been opened in February of this year in Columbus, Ohio, with a revamp design that include separate controls for light, as well as a phone charging dock in its fitting rooms. Some fitting rooms are comprised of two individual capsules within a larger, private suite, which allow customers to share their looks with an accompanying friend or family member. 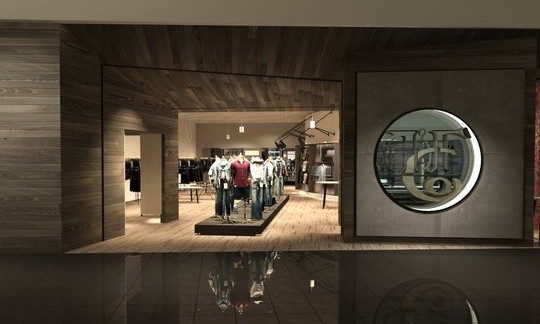 What A&F’s new concept store in Ohio looks like.

Other than the new designs for fitting rooms, the American retailer has also enhanced its omni-channel capabilities in the new store. Associates can help customers place and pick up online orders, and cash wraps are placed throughout the space.

The new concept store in Hong Kong will provide the same in-store experience, the brand said.

“In this new space (Harbour City), we expect to deliver greater productivity on a significantly smaller footprint than our previous Hong Kong store. We are looking forward to bringing our new store experience to existing and new customers in Hong Kong,” said Fran Horowitz, chief executive officer of Abercrombie & Fitch Co.

The other A&F prototype stores will be located in Troy, Atlanta, McLean, Scottsdale and Los Angeles respectively, four of which will include a downsizing of an existing location.

Ministry of Communications and Information and DDB have breathed new life to the age-old topic of retirement planning. ..

Google Cloud Partner Interconnect is available now across Europe, Asia and the Americas. ..

An unfortunately worded comment caused several practitioners in China's financial community to urge a boycott of the Swiss bank. ..

Dominic Allon, managing director of Google Hong Kong, explains why the days of people sneaking off to put the kettle on during a c..