The Hong Kong advertising industry continues to play its part in the pro-democracy demonstrations that have drawn worldwide attention.

A short film entitled “Hong Kong Umbrella Revolution” has been jointly created by two creative agencies’ heads on social media to call for greater awareness on the movement.

Some 500 hand-painted umbrellas with a Chinese character of “Support” (撐) have been distributed to protesters along side a video showing support.

This is in addition to advertising asking HongKongers  to remain calm, placed by a group of 50 ad executives earlier this week. A second saw more than a hundred advertising executives state their position by disclosing their names on a full-page ad in Apple Daily. 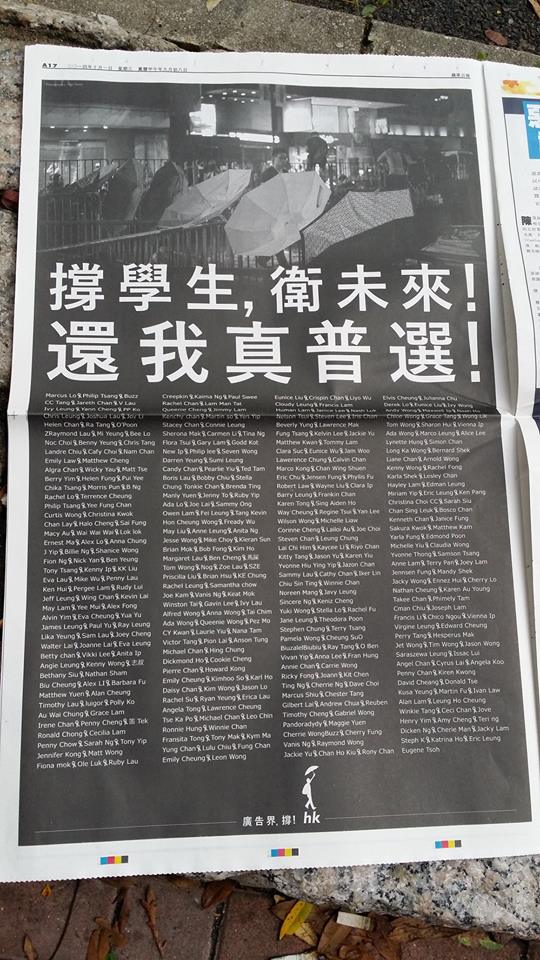 Since demonstration kicked off, a number of agencies from McCann, JWT, Weber Shandwick and Madcradle, have allowed staff to leave work and join the rally.

Nestlé creates bra camera for a cause

Lions Gate vice chairman says piracy boarders on anarchy and is a serious threat to all media businesses. ..

The brand is currently in the midst of speaking to several agencies...

The STB pitch: What’s on the cards?

Four years after it appointed its current roster of agencies, the Singapore Tourism Board (STB) is again looking for a roster of c..