97% use smartphone to go on internet in HK: Nielsen

Using a smartphone to access the internet accounted for 97% of all internet users in Hong Kong, according to data from the Nielsen Media Index 2017 year-end report.

The amount of time spent online each day rose from 2.8 hours to 3.2 hours, or by about 14%. The overall proportion of people aged 12 to 64 using the internet rose from 91% to 94%, similar to that for TV, making it one of the key tools for consuming media. 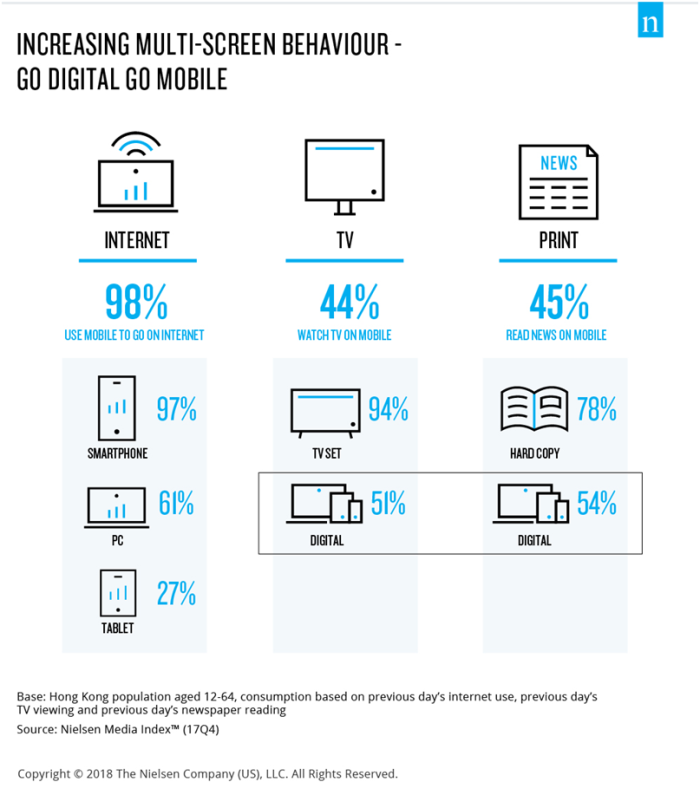 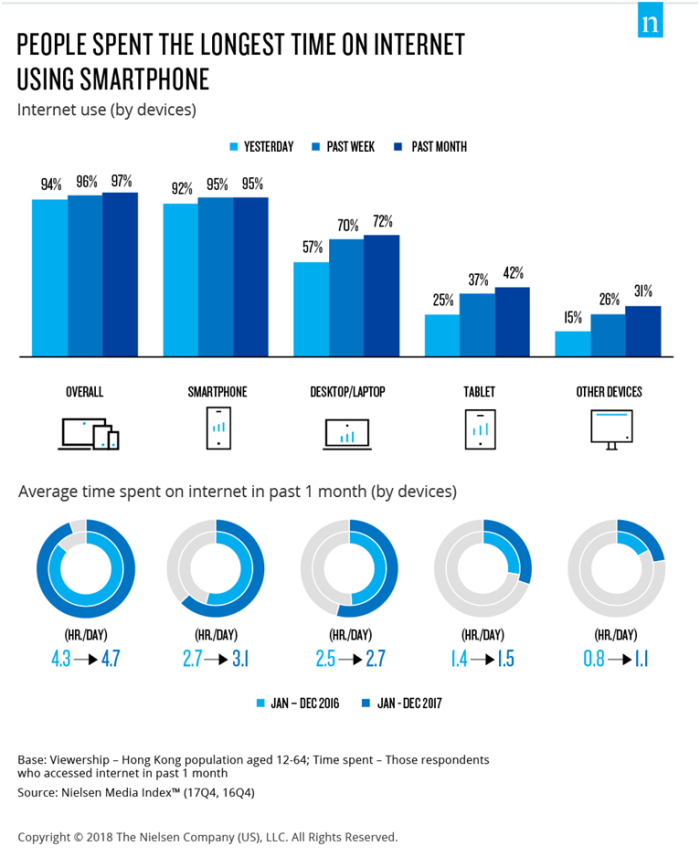 “As the continuous changing of media ecosystem, internet is becoming the medium of choice, and there is no doubt that the online channel is becoming the mainstream. As that happens, online will undoubtedly become much more powerful and sophisticated as a media tool,” said Cherry Lau, senior director, media, Nielsen Hong Kong. 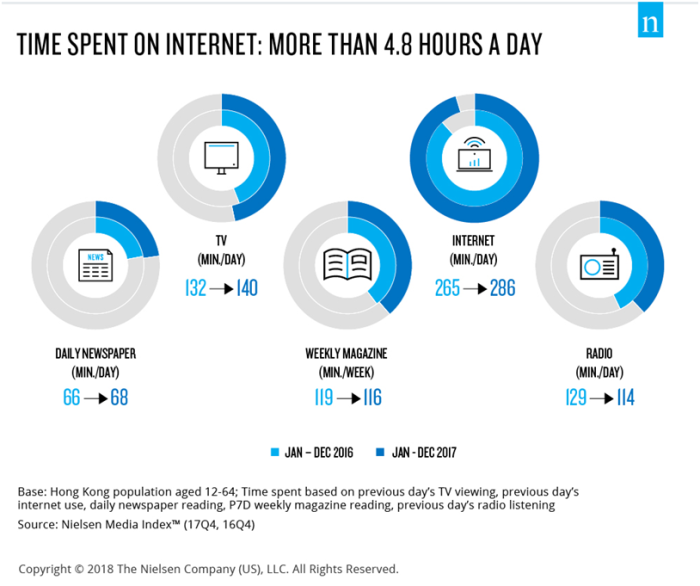 The viewership of terrestrial, pay and satellite TV rose from 92% to 94% partly due to the increased popularity of over-the-top boxes, and the proportion of households owning media boxes rose from 16% to 43%, together with an emerging usage of mobile devices, drama related (the most favorite TV genre type, 91%) TV channel sustain the overall TV. 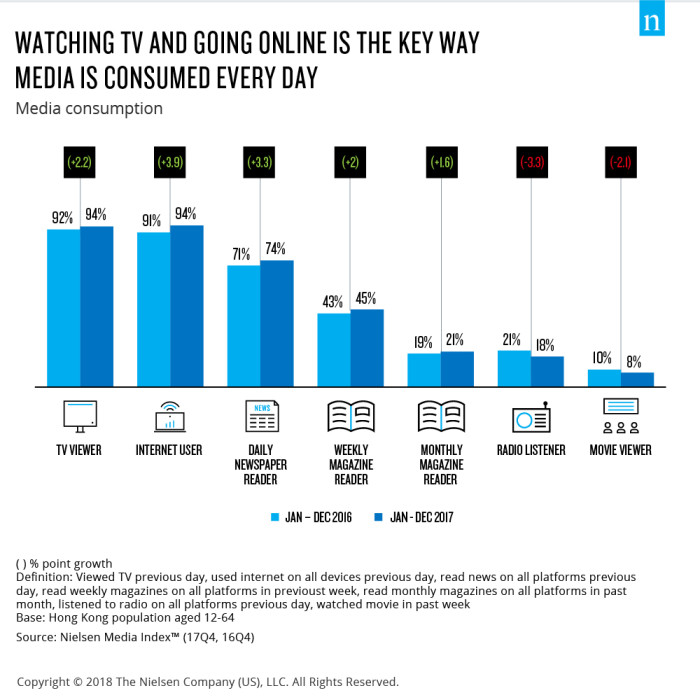 Mobile-first is not just affecting the digital world, but also traditional print media such as newspapers and magazines. The overall average issue readership (AIR) of daily newspapers rose 3.3% compared with last year, with 2 points attributable to social media versions, while the readership of website and app versions fell 2%. Social media gave magazines an even bigger boost, adding nearly 2 points in overall readership, 3.5 points for weekly and 2 points for monthly magazines.

Goodman Fielder Singapore has appointed PHD as its media agency for its brands Meadow Lea, Olive Grove and Praise margarines...

Championed by Grey, the RainSprout project will be listed on the new webe community platform in June for it to be unlocked by the ..

She brings with her 15 years of marketing and communication experience in APAC. ..

Adsite Media has partnered with taxi group Prime Taxi to sell advertising on its local fleet...