Pakatan Harapan’s first budget for 2019 has made headlines with its focus on areas such as e-sports, Industry 4.0, tourism and citizen welfare, among others. According to statistics from Meltwater from 29 October to 5 November, online sentiments for Budget 2019 peaked on 2 November with 21.8k mentions.

Meanwhile, Digimind’s statistics between 2 to 5 November showed that discussions for Belanjawan 2019 (also known as Budget Malaysia 2019) started gaining online momentum from 1 November 2018, with an approximate 26x jump in volume of mentions on 2 November 2018. The exponential increase can be attributed to minute by minute updates on Twitter by media outlets, as well as pre and post Budget 2019 analysis.

Digimind noted that the use of Twitter and WhatsApp for communicating updates reflects the growing pervasiveness of social and digital channels for official communications from the government and the media. Meanwhile, among the list of trending topics highlighted by Digimind include “menteri kewangan”, “pembentangan belanjawan”, “kewangan malaysia”, “dewanrakyat” and “malaysiabaharu”. Digital tax (42%) came out on top as the key conversation topic among netizens, followed by e-sports (23%), SMEs (22%) and sales and services tax (9%). 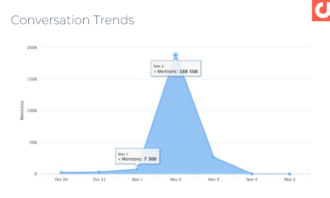 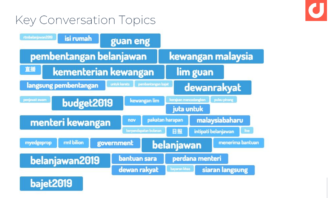 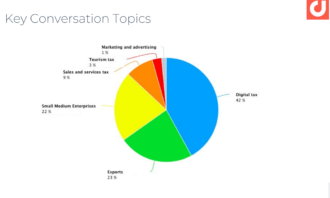 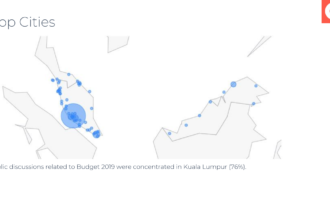 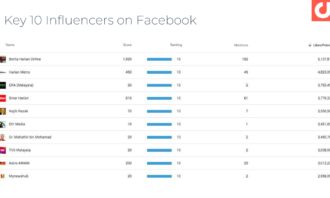 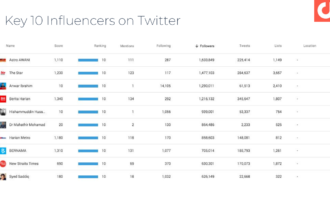 According to Isentia, most netizens (36%) were concerned about the healthcare initiatives put forth. About 70% were positive about the increment in healthcare budget, while 14% showed negative sentiments towards the increase as they were afraid of increased medical cost.

Meanwhile, 25% or netizens were focused on GST, among them 60% had a negative reaction towards the elimination of GST, blaming it to have weakened the economy. Isentia added that 24% of netizens also focused on the topic of bonus initiatives. About 60% showed positive reaction towards the reduction in special payments for the public sector. On the other hand, 30% of the reactions were negative as netizens felt entitled to the special payments.

If you missed out on the Budget 2019, we have got you covered. Here are a list of things the marketing industry should take note.

The service tax will be imposed on online services imported by any Malaysian business, which will be required to account for and pay for the tax from 1 January 2019 onwards. For online services imported by consumers, foreign service providers will be required to register with the Royal Malaysian Customs, charge and remit the relevant service tax on the transactions with effect from 1 January 2020. Such services include but are not limited to downloaded software, music, video or digital advertising.

Finance Minister Lim Guan Eng said these measures will neutralise the cost advantage faced by physical retailers against their virtual storefront counterparts, especially those operated by foreign entities. Meanwhile, imported services will be subjected to service tax beginning 1 January 2019, so as to ensure that local service providers such as architecture, graphic design, IT and engineering design services are not “unfairly disadvantaged” against their foreign competitors.

The government will allocate RM100 million in matching grants to the private sector for running promotional and marketing campaigns overseas to increase the number of visitors to the country. Meanwhile, it will also assign RM20 million to the Malaysia Healthcare Tourism Council (MHTC) to generate 25% of growth in a year. This will enable MHTC to collaborate with reputable private hospitals to enable the branding of Malaysia as a destination of choice for medical tourism.

(Read also: Medical tourism: How Malaysia can make its mark as a hub)

The government will also provide tax free incentives to Penang’s Swettenham Pier in the form of duty-free shops to cater to its booming cruise tourism, and develop the tourism potential of Pulau Pangkor by declaring it as a duty free island. According to finance minister Lim, the duty-free island status of Pulau Langkawi has been enhanced and will be further expanded.

To assist the respective state governments in encouraging tourism activities, the government will share 50% of the proceeds on tourism tax, estimated to be RM40 million, with the states. The government will also make available RM500 million worth of loan facilities via the SME tourism fund with SME bank at a 2% interest subsidy.

According to Lim, the government is setting aside RM100 million to upgrade the capability of SMEs in the halal industry via various programmes. This is to increase exports and make Malaysia a global halal hub by 2020.

Approximately RM10 million has been allocated to  the Malaysian Digital Economy Corporation for e-sports. This comes as the government recognises e-sports as an activity and industry which is growing increasingly popular among the younger generation, especially software engineers and gaming developers.

In line with its Industry 4.0 blueprint titled “Industry4WRD”, which aims to make Malaysia the prime destination for high-tech industries, the government is allocating RM210 million from 2019 to 2021 to support the transition and migration to Industry 4.0.

It will assist the first 500 SMEs to carry out  the Readiness Assessment to migrate to Industry 4.0 platforms via Malaysia Productivity Corporation. An RM3 billion Industry Digitalisation Transformation Fund will also be created, with a subsidised interest rate of 2% under Bank Pembangunan Malaysia. This is to accelerate the adoption of smart technology consisting of driving automation, robotics and AI in the industry.

To incentivise SMEs to invest in automation and modernisation, the government is also allocating RM2 billion under the Business Loan Guarantee Scheme, which will see it providing guarantees of up to 70%. Meanwhile, the Malaysian Investment Development Authority will continue to provide matching grants through its High Impact Fund, with a specific emphasis of Industry 4.0 initiatives. Activities include R&D, initiatives to obtain international certification standards, modernising and upgrading of facilities and tools and licensing or purchase of new or high tech.

7. Funding for the digital economy

The venture capital funds managed by government agencies, including Malaysia Technology Development Corporation, Malaysia Debt Ventures, Malaysia Venture Capital Management, will be streamlined and made more efficient in delivering capital to companies in various stages of financing needs. The funding disbursements will be tied to the companies’ ability to secure matching funds from the private sector. This is to ensure that companies which are most likely to succeed will have access to the funds.

Government-linked investment funds will similarly allocate RM2 billion in matching funds to co-invest with the private equity and venture capital funds. This fund will focus on strategic sectors and new growth areas for Malaysia. Also, the government will allocate RM50 million to set up a co-investment fund to invest alongside private investors via new alternative financing platforms, via equity crowdfunding and peer-to-peer financing.

To support the growth of the digital economy, the government will launch the National Fibre Connectivity Plan in 2019 with an allocation of RM1 billion. The plan will develop Malaysia’s broadband infrastructure to ensure more efficient spectrum allocation to achieve the targeted 30 Mbps speed at rural and remote areas in the country within five years. This is part of the overall plan to achieve world class infrastructure at affordable prices. The government has also enforced the Mandatory Standards for Access Pricing which will result in fixed broadband prices to be reduced by at least 25% by the end of 2018.

A look at how brands in Malaysia are celebrating Deepavali 2018

Astro aims to digitalise at least 75% of its current technology infrastructure, applications and processes by year end. ..

Honda turns to the airwaves

Media Prima Radio Networks (MPRN) has announced its partnership with Honda Malaysia in the automobile brand's latest launch of the..

Based in Singapore, Huang will take over the reins of leadership from outgoing Parallels Asia Pacific vice president and general m..

Ruder Finn China has secured a one year retainer agreement with The Bluetooth Special Interest Group, a USA-based trade associatio..