Digital video content platforms are yet to dominate the APAC market, Netflix and TVB's MyTV Super have rooms for improvements, and ViuTV’s future is bright, latest data from market research company YouGov suggests.

And interestingly, in China where Netflix has not stepped into, over 40% of respondents say they will subscribe to Netflix, this is way higher than the other countries in Asia Pacific.

63% think the launch of Netflix in APAC will have a positive impact on the media industry and Pay TV operators as it allows more competition in the industry and it will trigger better quality of service provision. 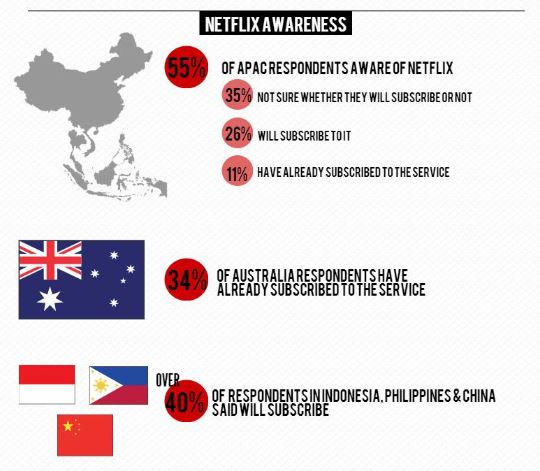 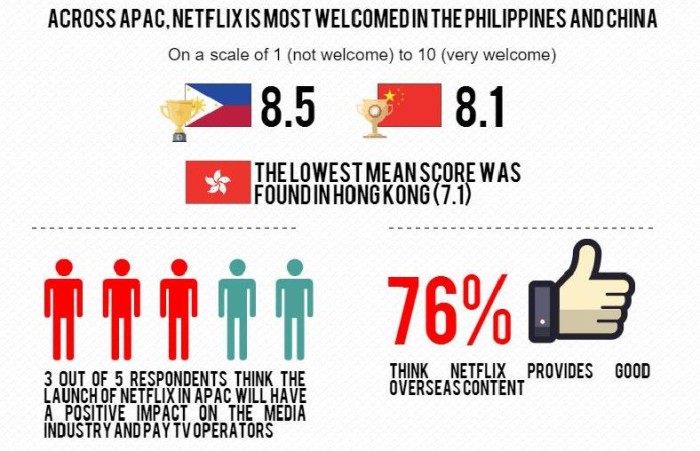 Taking a closer look at Hong Kong’s TV industry, TVB, the broadcaster giant in Hong Kong, has recently launched an online subscription based channel MyTV Super, and less than 10 % of Hong Kong’s respondents (9%) say they have already subscribed to the service.

More than 30% say they will subscribe to it, 44% say they will not consider subscribing MyTV Super as the content doesn’t seem that interesting (28%) and the subscription price is too high (16%).

On the other hand, ViuTV, the new free Hong Kong TV broadcast channel wins much applaud. With over 60% of Hong Kong respondents having already watched programme, only 10% of respondents say they will not watch it, some say the content doesn’t seem that interesting (7%), and some say they don’t know how to watch it (3%). Among those who have already watched ViuTV’s program, 67% of them think it provides good local TV content. 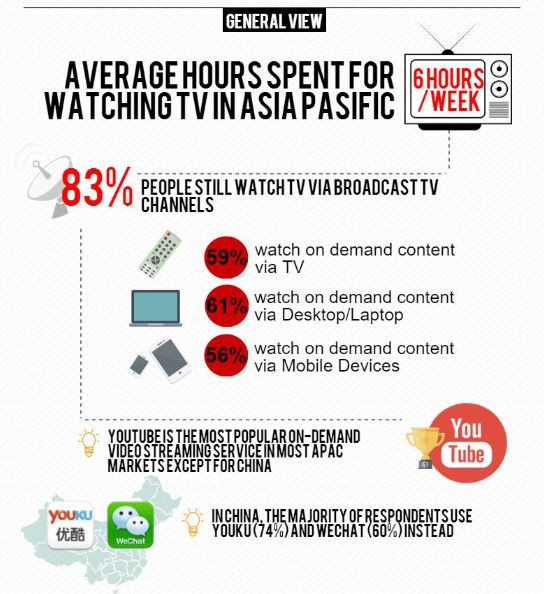 Among those who have been using on-demand video streaming services in APAC, 7 out of 10 (72%) use YouTube, its popularity far ahead of the next ranked service providers Google Play (31%).

YouTube is ranked No.1 across Asia Pacific countries with the exception of China, where YouTube and Netflix are not available. In China, the majority of respondents use YouKu (74%) and WeChat (60%) instead.

Data from the research was collected online during 27 May to 2 June 2016 with 15,580 respondents across Asia Pacific.