As an official sponsor of the Asian Games for the first time, Chinese sports brand 361° has teamed up with Ogilvy & Mather Beijing to create a series of five TV ads, playing off the friendly rivalry between Chinese swimmer Sun Yang and his Korean rival Park Tae-hwan.

Both swimmers are the first men from their countries to win Olympic gold, which catapulted them into sports stardom in their respective countries. Among sports fans, the pair have become recognised for their rivalry as much as for their friendship.

The four entertaining spots shown prior to the Games feature Sun clad in flippers, baby swim floats and toys as he makes a lighthearted bet with Park.

Tying the first four spots together and taking viewers back to 361°’s core value of the love of sports and the importance of good sportsmanship, the final spot released after the Asian Games takes a more reflective tone.

Jun Lin, general manager of Brand Communication Center at 361° said: “O&M helped us bring to life the friendship and rivalry between Sun Yang and Park Tae-hwan in a lighthearted way. It is this spirit of healthy competition that all games stand for, and we believe 361° is a perfect mirror of this spirit.”

Juggi Ramakrishnan, executive creative director of O&M Advertising, Beijing, said: “This campaign is a fun way to remind everyone of the spirit of good sportsmanship. What our viewers walk away with is at the end of the day, it doesn’t matter if you win or lose the game. We play because of our love for the sport.”

The commercials will air on TV and Chinese video sites such as Youku and Tencent Video throughout the 2014 Asian Games until 4 October. 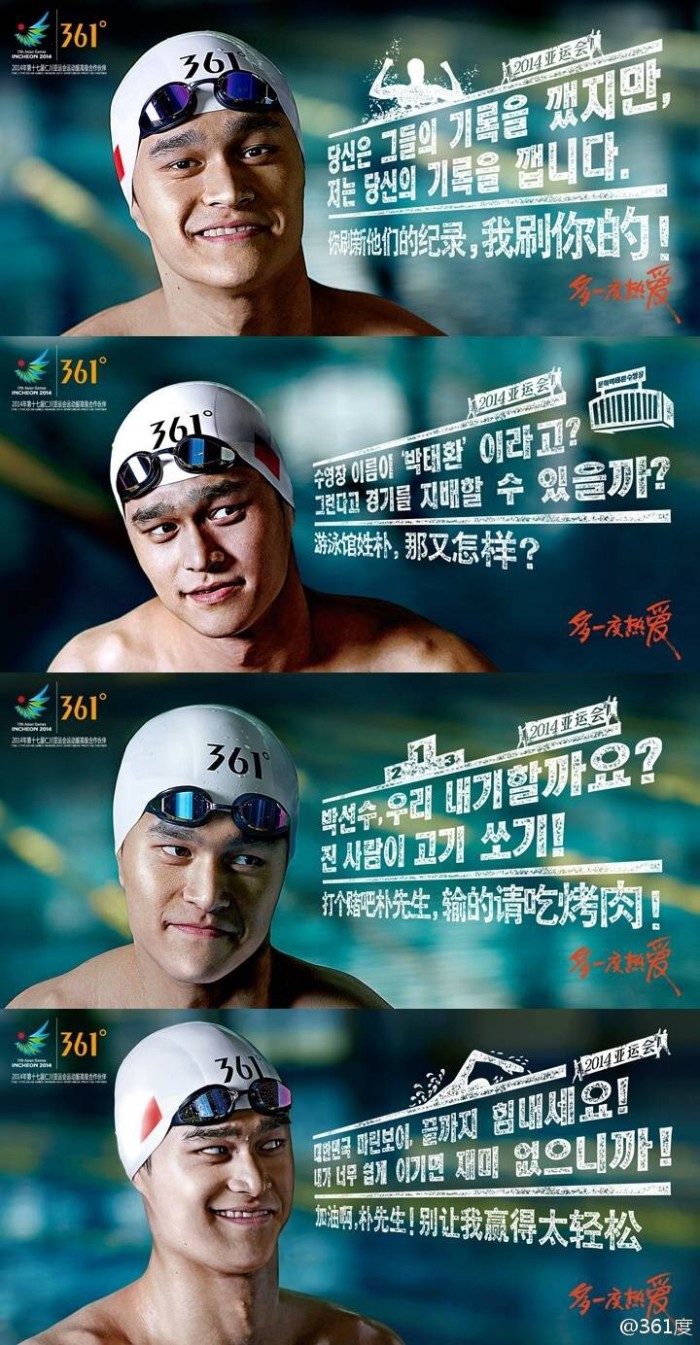