Reebok, Airbnb, Yahoo! And PayPal. We all know what the year’s big stories were in branding, but there are plenty of other notable redesigns and launches that are worth recording. Here are my favourites, selected from a few, less-than-conventional, brand categories. 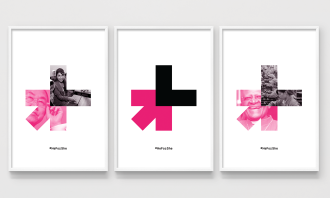 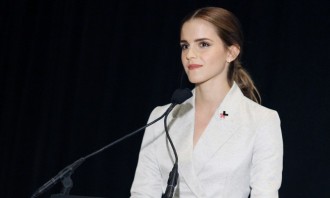 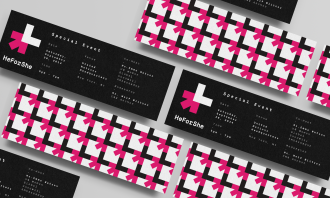 When Emma Watson gave her resonant speech at the United Nations to launch the #HeforShe movement, the event was backed up by a bold, simple and slick identity system. Designed by New York agency DIA, the logo is inspired by the campaign’s gender equality ethos, portraying the union of male and female symbols. It’s a design language that’s striking, elegant and poised – just like it’s ambassador.

Runner Up: The ALS Association

In August, the #ALSicebucketchallenge reached an unprecedented point of mass hysteria across the world and raised an additional USD100m for the ALS Association alone, along with a fair deal of controversy. ‘The ALS Association’ has a functional name and a humdrum website and lacks the pizzazz of #HeforShe, but when you’re talking about that kind of money, who cares? Perhaps the question is whether a more joined up campaign could have turned August’s financial adrenaline shot into a more sustainable kind of support for the foundation.

Here are some ice bucket fails, which perhaps just prove that the movement’s success was in its unique combination of accessibility, narcissism and farce. 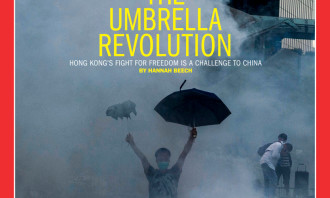 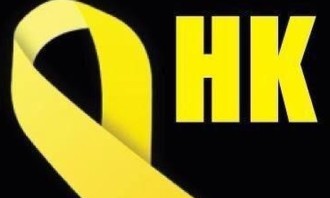 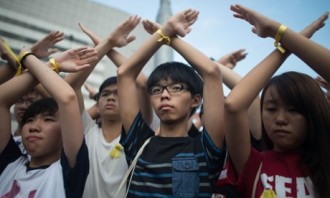 For a political or social movement, as well as for a brand, owning a symbol or a gesture can be a potent method of galvanising behaviour and increasing visibility. The Hong Kong Democracy Movement started with a yellow ribbon as a symbol of support before appropriating an umbrella as the icon of resistance (student protestors used umbrellas to shield themselves from tear gas). Along with the cross-arm ‘X’ gesture, the movement certainly never suffered from lack of iconography to help give their cause global traction. 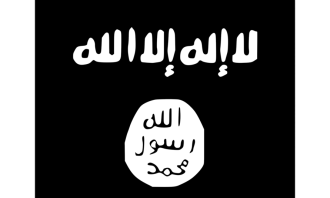 Much has been made of this terror network’s savvy use of videography and social media, but ISIS also have a pretty sophisticated understanding of design and branding. The ISIS flag, featuring the shahada and the prophet Mohammad’s seal, feels coarsely rendered, almost as if it’s carved into stone. Compare the styling with the ornate, highly crafted calligraphy of the Saudi flag for instance – the ISIS flag seems more old-school. Or as Time magazine explains, ‘it harks back to where they came from, and where they are going’. Read more here.

Who knew that computer viruses could have their own brand identity system? The Heartbleed bug is also known as CVE-2014-0160’, which is the reason why memorable brand names and cute little logos were invented in the first place.

(dis)honourable mention: North Korea (or is it?) 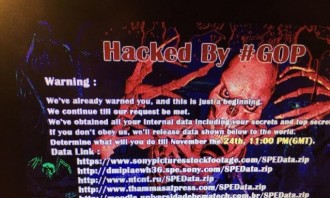 This one is really scary. The artwork that looks like it’s from a provincial heavy metal band. The dreadful typography. The key-lines. The drop-shadows. Truly terrifying. 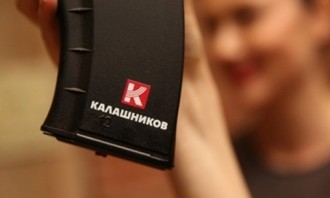 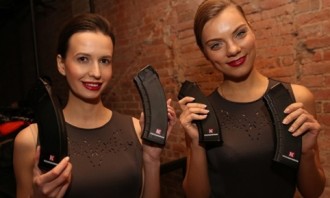 Yes, even manufacturers of machine guns worry about sub-brand strategies, market penetration, brand relevance and business growth. Oh, and of course evolving their brand identities. This year Kalashnikov redesigned their logo as part of a bigger rebranding exercise to reflect their brand promise of ‘Protecting Peace’. Yes, you heard that right.

Now I really have seen it all. 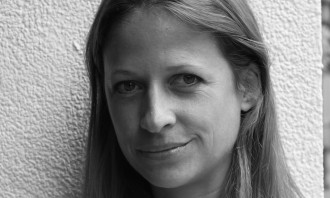 Programmatic radio: Are you ready for it?

What are the benefits behind programmatic radio? Read more here...

Gruesome walkers come to life. Can you survive this onslaught of bloodthirsty undead, or will you be their next meal?..

Sales during Ramadan and Raya is an important contribution to CJ WOW SHOP’s bigger ambition to double the revenue it achieved in 2..