Last year was a dynamic year for the advertising industry. According to R3’s Q4 2015 R3VIEW, the media industry alone saw the review of 22 of the largest US and glob­al accounts.

Moreover, mergers and acquisition were rampant especially for the Chinese economy, with the country alone representing 26% of the US$5.3billion in global transaction sales for the year. The fourth quarter for 2015 was also an active period for M&A with WPP, Dentsu and China’s Lecron all very active. WPP took the opportunity to consolidate its investment in Australia’s STW Group to a majority, and Dentsu made some big bets in the Philippines.

Lecron’s three acquisitions alone in China (US$494million) were enough to move it to third on R3 League Table. However overall, M&A activity was down 32% on 2014, which was mostly because there were no Sapient like deals this year, said the report. 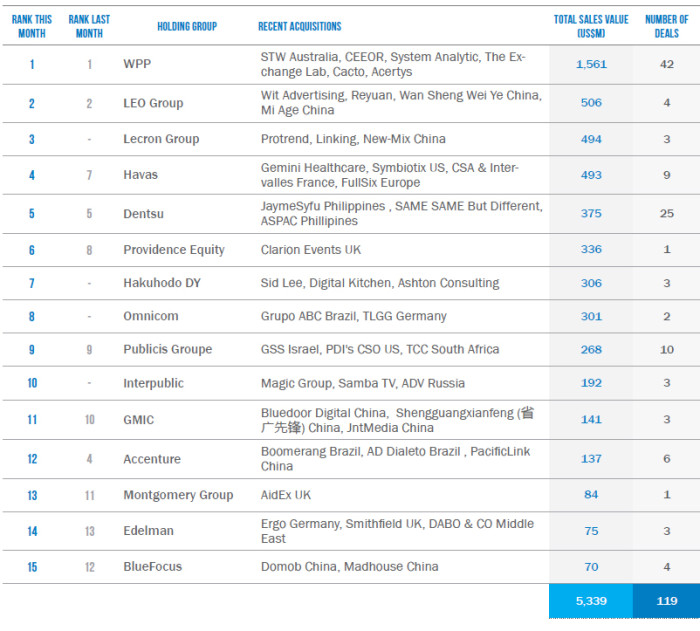 “We were shocked to find two con­glomerates with no experience in this sector, farm equipment firm Leo Group and chemical company Lecron group alone account for US$1billion of this total. Both had stock uptakes on words of these investments, but ended the year like most Chinese stocks – in muddy waters. We will be watching in 2016 closely,” read the R3 report.