Over 10 million brands and merchants in China join Alipay’s signature annual Five Fortune Card Collection campaign ahead of Chinese New Year, ramping up digital efforts to attract and engage mobile-savvy consumers, as they gear up for the most important festival of the year.

Launched from 10 January until 21 January, this year's campaign attracted more than 30,000 blue chip and emerging international and domestic brands and over 10 million small and micro business participants seeking to enhance their interaction with Chinese consumers in anticipation of the Spring Festival. This represented a nearly 30 times increase in the number of brands that participated in the campaign last year.

Users can collect virtual fortune cards by using the Alipay app's AR scan feature and participating in merchant campaigns. The cards represent good wishes and can be converted into monetary rewards. Users can win a fortune card when they scan the red envelope QR code each time at the outlets of the 10 million participating merchants. They may also obtain cards by logging into Alipay mini programmes or by watching livestreams of more than 30,000 participating brands on Alipay. Furthermore, users can receive a limited-edition digital collectible after successfully obtaining five fortune cards. “We are glad to see a growing number of brands and merchants participating in the Alipay five fortune card collection campaign to enhance engagement with users and improve operational efficiency by leveraging digital tools, including mini programme and livestreaming, on Alipay platform,”said Yongming He, general manager of the Alipay ecosystem development business unit and vice president of Ant Group.

Merchants and brands have seen significant digital engagement through their participation in the Alipay campaign, with millions of views from livestreaming, according to the release. 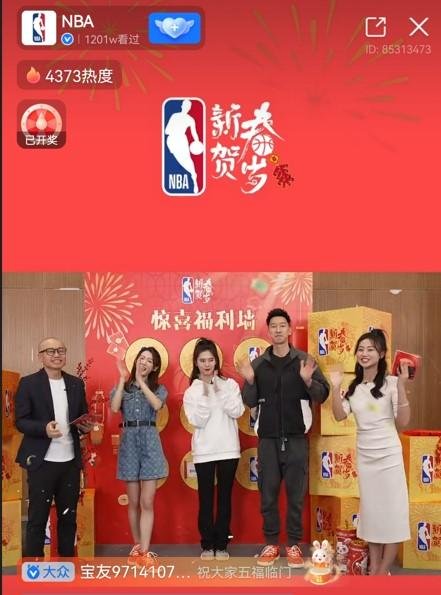 Additionally, Pop-Mart, a culture and entertainment company that is best known for art and collectible toys who introduced the idea of "blind box”, attracted three million visits to their Alipay mini-programme six days into the campaign, with its transaction volume through the Alipay platform increasing 300% compared with that of last month MARKETING-INTERACTIVE has reached out to Alipay for further information.

Initially launched in 2015, Alipay's Five Fortune Card Collection campaign is an annual event before the Chinese New Year. Through digital operations on the Alipay platform, business partners can communicate and provide various commercial and daily life digital services for their clients via Alipay mini programmes, lifestyle accounts, and IoT, along with other tools available. Currently, there have been over 80 million businesses serving more than one billion consumers via Alipay’s open platform services.