McDonald’s Malaysia is definitely upping its ante by tapping into the king of fruits. Weeks after its Singapore arm launched the Nasi Lemak Burger, McDonald’s Malaysia decided to launch its D24 Durian McFlurry with real D24 durians, as part of the Merdeka campaign.

Speaking to A+M, Eugene Lee, marketing director of McDonald’s Malaysia said the D24 Durian McFlurry launch was meant to celebrate Malaysian flavors, and it was rolled out together with the main campaign “Burger Syok”, accompanied by two other desserts – the Pulut Hitam Pie and Kon Gemilang (corn-flavoured cone).

He added the product was soft launched earlier in East Malaysia on 21 August as an exclusive sneak preview, and Lee said the response has been “overwhelming so far”. The whole campaign was originally scheduled for four weeks, throughout Merdeka and Malaysia Day from its official launch date on 24 August to 20 September 2017. However, Lee said there is a possibility that the campaign may end earlier than expected due to its rising popularity.

“We’re selling four times more per day than we anticipated. If this trend continues, we might run out as soon as two weeks instead of the planned four weeks,” he said. He added that the product was first conceptualised back in September 2016, and planned for Merdeka/Malaysia period this year, and as such was separate from the ideation of the Nasi Lemak Burger that McDonald’s Singapore unveiled.

“It was created as a tribute to the unique Malaysian taste, and to celebrate our love for durians. We would love to get more stocks of D24 Durian McFlurry in. However, as the puree is made from real fruits, and it requires approximately seven to eight months to grow them, we won’t be able to acquire more for 2017. But we are definitely excited about the response from Malaysians, and we’re looking forward to bringing it back in 2018,” he added.

Meanwhile, here are some social media metrics from Meltwater regarding consumer feedback on the new McFlurry. Top keywords searched were “Mcflurry” and “durian”. The date parameter was from 20 August to 25 August.

Here are some of the trending keywords for McDonald’s in Malaysia.

Meanwhile, here is a look at the conversation that happened when McDonald’s Singapore launched the Nasi Lemak Burger. 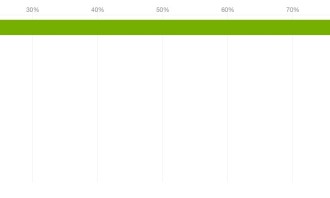 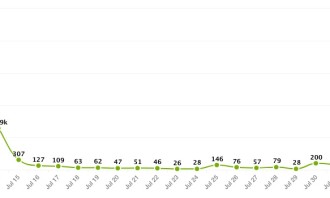 Read also: McDonald’s Malaysia: “No idea is a bad idea”

Tmall (天貓) has teamed up with Walt Disney to be the first exclusive distributor of the Marvel Studio’s 2015 blockbuster "Avengers ..

Publishers can also now sell ads in their articles and keep the revenue, or they can choose to use Facebook’s Audience Network to ..

LOOK Agencies, here’s how you can get the CMO’s attention

Bharad Ramesh, former head of trading and partnerships, Southeast Asia for VivaKi has launched his own company, eMVC, aiming to he..