Meanwhile, D+1 Holding has obtained the rights to Yole, and will convert the 29 llaollao outlets in Singapore to Yole stores by 9 December 2017. In addition to serving natural frozen yogurt, Yole will also serve coconut soft serve ice cream. A quick check by Marketing found Yole’s Singapore Facebook to be up since 5 December 2017, and has since been updated with pictures of products and branding.

In a statement to Marketing, a spokesperson for D+1 Holding said that the company feels that llaollao’s menu is exhausted after three years, and that Yole will offer consumers with a much wider menu with a larger variety of products.

“Objectively, we believe Yole is a better product and has a wider menu. We also firmly believe that Yolé will suit the Singapore market with exciting flavour innovations and well-known toppings from Spain and Italy,” the spokesperson added.

D+1 Holding said a new frozen yogurt flavour will be launched on a weekly or bi-weekly basis, alongside a wide selection of toppings. Over time, Yole will study the market and their customer expectations to develop future flavours and add even more toppings, the company said. D+1 Holding is not working with any agencies to launch the new brand.

In Malaysia, the llaollao franchise is operated by Petra Empire, part of Loob Holdings. Marketing understands the Malaysia operations of the yogurt chain is unaffected and has reached out to Loob for comment. According to its website, llaollao currently has 21 stores across the country, and started in 2015 according to its Facebook.

D+1 Holding is not the only franchisee to have discontinued its agreement with its franchisor. In May this year, RTG Holdings, then-franchisee of popular bubble tea brand Gong Cha, did not extend its agreement with franchisor Royal Tea Taiwan, who sold its business to Gong Cha Korea. Following the news, RTG Holdings rebranded all existing 80 Gong Cha outlets to “LiHo”, which is Hokkien for “How are you?”.

In January, Loob Holdings also gave up its hold over the Chatime franchise, following a dispute with franchisor La Kaffa International. Bryan Loo, CEO of Loob Holdings, said La Kaffa would take over the business operations moving forward. A month later, Loob Holdings launched Tealive with plans to expand its customer base from 2.5 million a month to five million. It most recently revealed plans to enter Australia, appointing Melbourne-based independent agency The Sphere Agency (Sphere) as its global strategic partner.

(Read also: Gong Cha to relaunch in Singapore with new look, marketing yet to be finalised)

Ads beat influencers by about 300% when discovering brands

The new face of Next Magazine unveiled

From 4 October 2017 onward, Next Magazine will be operated by businessman Kenny Wee Ho as its chairman, and will be published alon..

Waze, the platform bringing together communities on and off the road, continue to innovate to benefit users as drivers will now be..

This is to drive the overall business and manage the integrated team’s productivity and ensuring quality control of job outputs...

"Be hungry and keep learning, persevere and run the race. If you’re in it for the quick wins, then media and advertising isn’t for..

As the top three companies were all founded in Southeast Asia, it was highly likely that their knowledge of the local e-commerce s.. 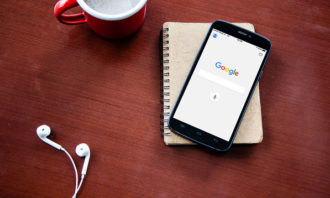