Challenges ahead for brands to embrace cashless payment in Malaysia

Cashless payment is on the rise and Malaysia is already gearing up towards that direction with Alipay penetrating the retail market further with numerous partnerships. This coupled with the fact that its biggest rival, WeChat Pay, may soon be coming into the market as well, with its licence application underway.

It is not surprising that WeChat is eyeing the Malaysian market. Back in 2015, WeChat announced that Malaysia is a key market for the app as it targets to transform social interaction into a platform for brands to interact with consumers. About a year later in July 2016, GlobalWebIndex (GWI) which studies digital consumer behaviours and trends also reported that the usage of WeChat rose 60% in Malaysia since 2015.

In July, director of WeChat Pay’s global operation Grace Yin told Reuters that if the green light is obtained, Malaysia will be one of the first markets to embrace the platform outside mainland China and Hong Kong. Users in Malaysia will also be able to link their local bank accounts to WeChat Pay and pay for goods and services in local currency, the ringgit. The existing popularity of WeChat app is expected to pave the way for the Chinese internet giant to enter the market.

While still in its early stages, many in the marketing industry seem to be excited about the future of cashless payment brought by Alipay and possibly WeChat Pay. While many industry players A+M spoke to welcomed the new change, some pointed out several issues that need to be ironed out for a smoother transition into a full-fledged cashless payment society.

Sean Sim, CEO of McCann Erickson Malaysia, said while it is important that brands or retailers have to be prepared for a cashless payment in the future, businesses that conduct heavy cash transactions will be the ones affected more. Sim who was based in China for nearly a decade as the executive creative director of Ogilvy and Mather Shanghai, is an avid user of the WeChat app and Alipay.

However, smaller retailers or street vendors are bound to face bigger challenges in embracing the new cashless payment ecosystem. These are the companies that need quick access to daily cash at hand, especially if they have to pay their suppliers who only want cash.

“For the bigger brands, there would not be much of a problem to set up and provide the service. However, it is not just the big shops in the malls that will have to embrace it. The street vendors selling their wares need to as well. When this payment system becomes prevalent, they would have to provide the service for their consumers,” Sim said.

On the other hand, Sim said, he does not foresee brands or retailers which are slow in adopting cashless payments, regardless of size, to suffer much of a business decline.

The other issue that might crop up is areas with poor internet connection. “You need good coverage and a stable line for it to work. It would be interesting to see how this would affect the subscription rates of telco brands – especially the smaller players with lower network coverage,” Sim added.

With a cashless system, retailers which have not jumped on board might risk lose out on the “casual sale”, during which purchasing decisions that happen in-store at the spur of the moment. “When paying for stuff becomes as easy and convenient as scanning a QR code, we do not need to bring so much cash anymore. I would not be surprised if we saw an increase in incidental sales (buying more than expected), and that’s also one of the reasons retailers need be on board this new system,” Sim added.

CEO of Sunway Malls and Theme Parks, HC Chan agreed with Sim, adding that another challenge will be the confidence towards the system, which is something that needs to be addressed. He said:

Already well served by banks’ debit and credit cards, there is little impetus to accept this new form of payment. Like anything new, there will be a gestation before it tips.

Consumers have to be convinced of the security of the system before embracing this new form of payment channel, he added. CAPEX investment is also another area of consideration. “If the cost-benefit analysis points towards better ROI, then yes money will be invested,” Chan said.

Meanwhile, Chan said merchants acquisition is also an expensive affair, as costs can balloon to reach a critical mass for cashless payments to be widely accepted.

Hence, brands probably need a lot of promotions and incentives being rolled out to entice consumers, which of course means a big marketing budget.

“For Sunway Malls, we do see cashless payment as a growing potential and in time to come, more retailers will be adopting this as another channel of receiving payments. Retailers will definitely be in the forefront to face this impact,” he said.

From a retailer’s point of view, the benefits of a cashless payment are obvious, as it will offer a more secured system with lower transaction cost. That means less cases of theft among employees or cashiers in the stores and lower risk in losing cash while handling it.

Jason Wong, group managing director of Geometry Global Malaysia, foresees plenty of opportunities among brands and retailers even on the data side, if WeChat really comes into the market.

“There will be a lot of groundwork for WeChat to build its critical mass of users and exist in its full ecosystem. But once that’s done, brands will definitely need to jump in the WeChat wagon to survive and succeed. In short, it is the only platform that brands can track from – interest to engagement to conversion and online to offline,” he said.

Currently in China, WeChat offers data to marketers which tell the marketer what their consumers like, follow or purchase. This data could help marketers target specific demographics most likely to buy a certain product, Wong said.

“With that, brands can consider partnerships in a meaningful way to obtain information no other e-commerce companies can offer to brands at present in Malaysia,” he added.

The WeChat app is unique as it acts like a one-stop platform that incorporates nearly all elements such as messaging, social media, news updates and payment services with various linkages to other service and products platforms including entertainment, transportation and investment programs. Therefore, Wong said WeChat is able to offer data from all the above aspects which marketers could tap on.

Alipay’s getting aggressive in Malaysia

Meanwhile, Alipay also recently entered Malaysia via various tie-ups with banks and retailers. It first collaborated with Maybank and CIMB in March this year via its operator Ant Financial Services Group. The tie up enables Alipay mobile wallet in Malaysia, and also allows Chinese visitors to pay for their transactions in yuan without concern about exchange rates.

In May, 7-Eleven Malaysia also became the first retailer in the country to accept the Alipay mobile wallet payment, with 94% of its 2,100 stores nationwide using new payment system. The convenience store chain is owned by tycoon Tan Sri Vincent Tan, founder of Berjaya Corp.

Payment solutions provider GHL Systems also said in June that it is enabling more than 100 merchants in Malaysia to accept Alipay as a payment option. This will allow the 500 outlets owned by these merchants such as KK Super Mart and myNEWS.com.

Alipay has gone another step forward in July with its latest partnership with CIMB Bank-owned Touch ‘n Go. This latest deal serves to further push a cashless payment in a big way for the near future, especially with an estimated tens of millions Touch ‘n Go cards issued to users.

Jack Ma, who founded Alibaba and owns Alipay, has been Malaysia’s digital economy adviser since late last year. Local local digital experts and tech entrepreneurs welcomed the news, citing the appointment will likely spur the growth of our digital economy.

In May, Malaysia’s International Trade and Industry Minister revealed that a total of 1,500 small and medium enterprises (SMEs) will be selected to be listed on Alibaba.com e-commerce platform by year-end. The Alibaba.com listing will use Digital Free Trade Zone (DFTZ) which was established by Alibaba and Malaysia Digital Economy Corporation (MDEC) in March this year, as its marketing platform. DFTZ  is a pilot implementation aimed towards building an e-road for global trade.

Through this collaboration, the two groups will cooperate to develop new films and drama from webtoon content managed and owned by..

Gupte was appointed to the role of managing director, Wavemaker Indonesia in 2017 following the merger of MEC and Maxus...

Ministry of Social and Family Development looks for PR agency

The agency is also expected to generate positive media stories for FFL across various media platforms... 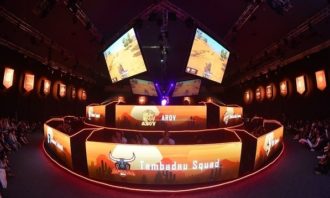 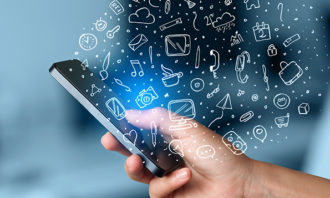 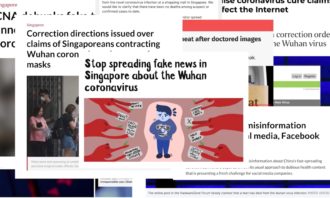 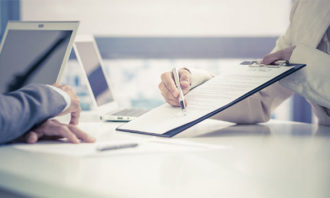 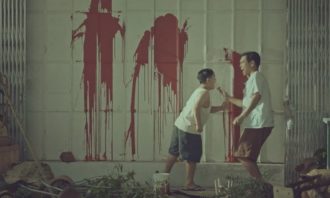