A case of unfortunate ad placement?

When thousands of Malaysians, dressed in black, gathered peacefully in various spots around the country over the past week in protest of electoral fraud, Harian Metro found itself in a bit of a predicament.

As part of its revamp, Harian Metro, together with Lucideas Creative, had launched the Lagi Gempak campaign in January 2013. The 360 campaign, which runs for six months, underlines the tabloid’s coverage of sensational, supernatural stories, bizarre crime reports and celebrity scandals. This was conveyed primarily in its TV and radio commercials.

For LRT and other touchpoints, Harian Metro had intended to engage the public by asking them to take a good look at their surrounding. For weeks since the ads were put up in early February, LRT commuters were entertained with Harian Metro‘s odd-ball ads with taglines such as “Salah satu kegunaan beg besar ialah untuk mengangkut mayat” (translated to ‘One of the purposes of big bags is to store dead bodies”).

What caught the attention of Malaysians, especially around the time of the mass rally on 8 May (or known as the 508 rally), is the tagline “Penjenayah suka pakai hitam” (translated to ‘Criminals like to wear black’).

What followed was an onslaught of criticisms on Facebook for Harian Metro and its ads.

“The moment we caught wind of this, we immediately sent out a post on Facebook explaining the intent of the ad – that it was never meant to offend anyone, especially those attending the Kelana Jaya 508 rally,” Damien Xavier, account director at Lucideas Creative, tells A+M.

Xavier explains that like all the other Harian Metro LRT ads, this particular ad was meant to pique the interest of commuters so they would find out more by reading Harian Metro.

“In this case, it could very well meant Orang Minyak (a local folklore creature) or Darth Vader. Malaysians attending the Kelana Jaya rally dressed in black might have misconstrued the ad,” Xavier said.

Pictures of the ad went viral, with it being shared 200 times on Facebook and receiving more than 600 ‘likes’ within 20 minutes.

“That was just on one page. Imagine multiple pages garnering thousands of fans fanning the fire on this. Yes, it’s controversial, it’s sensational and very much befitting Malaysia’s number one tabloid newspaper,” he added.

“We were not expecting this sort of negative feedback as the ads were never meant to provoke. The handrail ads were put up months before the election, and it was meant to be tongue-in-cheek,” said Sharifah Sharina Syed Mustafa Shahabudin, marketing manager at Harian Metro.

“Harian Metro is about going beyond sensationalism and the ads were meant to reflect that. These ad pieces were meant to be cheeky, without having any political reference.

This is just one of a few unfortunate incidences of ads being put up at the wrong time and at the wrong place. Last February, KFC received even more flak when its ad was placed below the headline news of its staff attacking a customer in Sin Chew Daily.

“But we’re taking this positively. We’re living up to our name I guess. We stand by our tagline, which is going beyond,” Sharifah said, adding that Harian Metro has no plans of taking down the ads.

Chinese cooking oil brand aims to reposition as an advocate of wellness and healthy lifestyles...

This is part of its partnership with YG Group in Southeast Asia and Taiwan and is in line with the launch of its Shopee 12.12 Birt..

This was in response to a petition protesting its 2018 update which garnered around 1,227,293 signatures at the time of writing. ..

This is the first-ever sponsorship deal with a Chinese company in the championship's 56 year history...

The image used on Suarez's Twitter featured him wearing a traditional Indian outfit and greeting Malaysian folks in Tamil with the.. 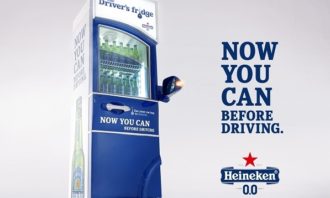