YouTube has shared on its Creator Insider channel that YouTube partner program channels will now be able to switch on its non-skippable ads function.  In the past it was available to only a “select few”, but that is about to change about a week from now.

According to YouTube, this will allow creators to have “more money” as advertisers generally prefer to pay for non-skippable ads and the creators will be notified in their dashboards.  For content that is already being monetised, YouTube will also make available the non-skippable ads.

Watch the video for more information:

Earlier this year, YouTube had set the maximum video length at 15-20 seconds for non-skippable ads, depending on the viewer’s location.

Most recently, YouTube had to remove an ad as it provoked frenzy amongst viewers. The ad for the film, the Nun, produced by Warner Bros, would play before other videos, and would suddenly show the face of the infamous ghost nun flashing on the screen in a middle of pseudo ad.  According to YouTube the ad violates its guidelines on ‘promotions that are likely to shock or scare’.

How StarHub broke its 'cold and robotic' image on social media

MP & Silva has acquired the Italian league’s international rights for the next three football seasons...

It runs in conjunction with a promotion where Great Eastern will co-fund 50% of first year premiums for the first 111 single paren..

As part of the collaboration, both brands will provide each other access to their owned channels and assets...

Desaru Coast gets aggressive with its APAC marketing tactics

In a conversation with A+M, Philip Whittaker, chief marketing officer of TAR&H explains why the brand is looking to launch regiona.. 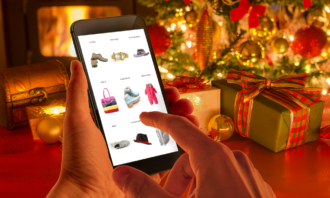