UPDATE: The situation has since been updated with public posts from both Yoshinoya and SSHK stating that the agency is still being retained and no staff have been fired.

A confidential source has informed Marketing that recently circulated reports claiming that the content of a Facebook post caused Japanese beef bowl chain Yoshinoya to fire its creative agency SSHK are false.

The source, who is familiar with the matter, told Marketing that up until this morning “nothing has happened” and that at time of our conversation, SSHK was still employed by Yoshinoya.  They also said there were no further details over the issue.  However, they were unable to verify whether another element of the rumour – that Yoshinoya had dismissed one of its employees over the matter – was true or false.

There has still been no official statement to confirm or deny the reports from either company at this time. 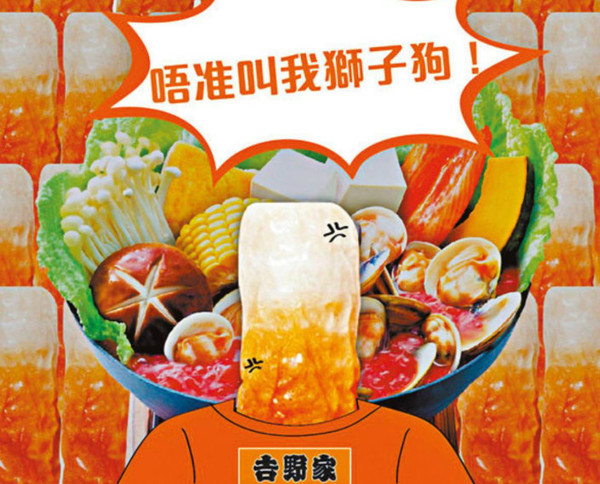 The now deleted post in question was about chikuwa, a Japanese jelly-like food product made from ingredients such as fish surimi, salt, sugar, starch, monosodium glutamate (MSG), and egg white. However, in Hong Kong, it is commonly called by the name, “獅子狗”, which when spoken aloud sounds similar to the words “paper tearing dog”, or “獅, 撕”. Reports had said that the management of the restaurant chain may have thought that the post was making a coded negative reference towards the Hong Kong police due to netizens criticising the department’s officers for tearing protestor memos down from “Lennon Walls” across Hong Kong.

Led by Singapore, the Asia Pacific region is the most competitive in the world, followed by Europe and North America...

Unfortunately, this is not the first time a promotion from Malaysia Airlines has garnered attention for the wrong reasons...

Too little ad revenue in the food industry, says publisher...

Indochine Media Ventures will be taking over the licence effective 1 November 2017...

iflix sells off Africa business to refocus on Malaysia and Indonesia

According to iflix, this further reinforces iflix’s commitment to its core markets in Asia, particularly Indonesia, Malaysia and t..