Chinese smartphone brand HONOR has been relentless in its pursuit of the Southeast Asian market despite the global tensions its parent company Huawei has been feeling all throughout 2019. A sub-brand of Huawei, HONOR debuted in Southeast Asia with a launch in Malaysia in December 2017. A few months later in April 2018, it launched in Singapore. Recently, HONOR rolled out the new smartphone Honor 9X in Malaysia and revised the prices for its entire Honor 20 series. Meanwhile in Singapore, the smartphone brand rolled out the 11.11 Shopathon 24 hours flash sale on its official store on Lazmall and Shopee in Singapore.

While consumers are enamoured with smartphone brands such as Apple and Samsung, HONOR targets the trendsetting youth who are constantly on the lookout for a brand which they can trust and identify with, Ou Yiwei (pictured below), president of HONOR Asia Pacific, told Marketing in an interview. 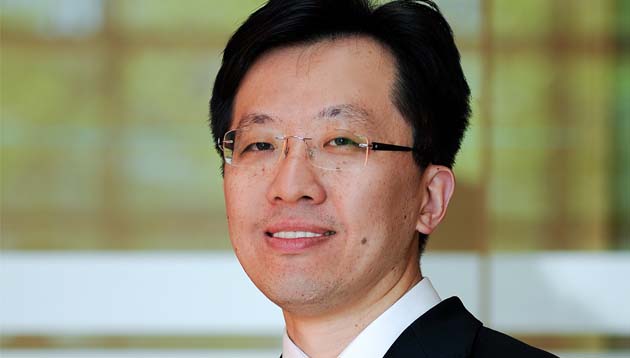 HONOR’s business growth in Southeast Asian markets including Malaysia, Singapore, Indonesia and the Philippines, can be mainly attributed to its accessible price points, continuous innovation and user engagement, as well as collaboration with strategic partners, Ou said. They include Moschino, AAPE, The Alley, SPAO, and Perfect World. Meanwhile globally, it partnered with Epic Games’ Fortnite and fashion designer Vivienne Tam.

Despite this, marketing in a fragmented market like Southeast Asia is no easy feat and brands are often required to ensure their efforts are effective, localised and resonate with consumers. This responsibility falls on Ou who oversees all aspects the HONOR business, from marketing strategies to platform and managing relationships. He has been with Huawei Group for 12 years, first working in Malaysia as deputy MD for sales, before moving to Poland, Russia, and then coming back to Malaysia again in June this year to take on his current role.

While it is easy for smartphone makers to churn out new models every quarter, Ou explained that it takes plenty of effort to ensure that its product is one that solves multiple problems. This involves extensive R&D processes and integrating new technologies into its smartphones. “HONOR is a brand that listens and provides what the market needs and wants. We are constantly observing users’ comments online, be it on our Facebook page or media friends’. We have also built a community of fans that we keep in touch with very closely in order to be able to receive constructive feedback towards our campaigns,” he added.

To understand public perception and feedback from as many outlets as possible, HONOR’s marketing team joins retail executives at HONOR Experience Stores during peak periods. As of March this year, HONOR has 23 experience stores in Malaysia. Ou said the experience allows the marketing team to interact with retail executives and understand their daily challenges, gaining insights to build more targeted and intuitive campaigns.

Having local talent is also important for HONOR. In order to be a localised brand, Ou said it often hires individuals who can provide in-depth insights in terms of culture, behaviour, and ethics. This way, Ou said it can truly become a local brand with a global mindset. “It’s a matter of whether the marketer will be a good fit for our brand and finding an individual who understands and values our goals,” Ou explained. He added that as the digital world evolves, so should marketers and the type of skills required today include adaptability, creating immersive and organic experiences, and storytelling.

While a localised marketing strategy was crucial for HONOR to tackle Southeast Asia, it also sought to connect with consumers on another level – sports. In Malaysia, specifically, the smartphone brand previously showed support for the national football team Harimau Malaya for making it to the finals of the AFF Suzuki Cup 2018. It rolled out a social media contest on Facebook page, encouraging Malaysian fans to show their patriotism and support the national team.

Global president George Zhao previously described it as a “momentous achievement” for the national team to qualify for the final round of the tournament. “To further motivate our national team, we would like to extend our encouragement through this campaign by calling upon all Malaysians to be part of it,” he added.

Nonetheless, digital marketing is still an important factor in its regional efforts. According to Ou, about 3% of HONOR’s revenue goes to digital marketing, which is an important channel for the company since it is required to remain on its toes and maintain a strong online presence for an always-on audience.Globally, HONOR has about 251k followers on Twitter and 312k on Instagram.

Meanwhile, HONOR Malaysia has 5,562 followers on Twitter and 79.7k on Instagram. It is a known fact that the number of followers or interactions online does not necessarily translate to sales. As such, Ou said it is about creating trust and loyalty to encourage followers to share their experiences online, which will in turn create buzz both online and through word of mouth. He added that in doing so, consumers will turn to reviews and comments which will in turn help HONOR convert more consumers into followers.

“Our main goal is for our followers to truly understand our brand through our key messages. HONOR’s priority is for our fans to have the best products and services, including staying active and engaging with fans via our social networks,” he said.

An effective way to target the Millennials and Gen Zs would be through influencers and Ou said HONOR selects them based on how relatable they are to the target audience, and their ability to positively inspire the public to be themselves. The influencers should also be able to challenge consumers to push their boundaries.

Ou explained that plenty of research is done to find out the latest trends and preferences of the Millennials and Gen Zs. Following that, the team would evaluate the potential influencer or ambassador on a marketing level, understanding their audience, reach, engagement, and reputation.

Influencers not only need to resonate with our audience, but also accurately embody our brand and products.

He added that it is important for the influencers’ and brand ambassadors’ personality and style to align with its messaging and brand values. “Such resonance will make our content even more appealing and relevant to our target audience. In order to create more targeted campaigns, our influencers are engaged according to our current product of focus,” he explained.

HONOR previously worked with Malaysian actress Mira Filzah for the Honor 20 series, as well as Malaysian comedian and actor Zizan Razak and Malaysian singer-songwriter SonaOne to launch its Honor 8X phone. HONOR tapped Mira because her personality and image encapsulated the way it wanted consumers to view the HONOR 20 series – trendy and elegant but also powerful in its own way.

Meanwhile, Zizan and SonaOne were brought on board as they were not only talented, but also constantly surprising fans with their new work, making them a perfect fit for the Honor 8X tagline “Beyond Limits”. Globally, HONOR also works with English professional footballer Bamidele Jermain Alli, popularly known as Dele Alli.

In January this year, the brand introduced a new logo and slogan called “HONOR MY WORLD” to keep up with the international aesthetic trend and as such, HONOR’s new logo will be in capital letters and with moving colour. The concept of moving colour represents the “warmth and bright” sides of technology and the diversity of the youth culture. The new design comes as it looks to develop more products for the global youth.

Meanwhile, its new slogan, “HONOR MY WORLD”, aims to encourage young people all around the world to “take action and enjoy every moment of their life”. The collaboration with Moschino aims to represent a cross-border convergence of fashion and technology.

In October this year, Huawei reported a 27% jump in third-quarter revenue despite the trade tensions between China and the US. The company said the increase in revenue was due to a rise in shipments of smartphones launched prior to the trade ban by the US. Following the trade ban earlier this year, Google continued to provide Huawei with software and security updates for another 90 days after initially announcing it would cut ties. Shortly after, Huawei launched its own operating system Harmony OS, also known as Hongmeng.

Despite this ban from using Google services, the Honor 9 is reportedly running on Android 9 in Europe. According to media reports including CNET, the new phone was in development prior to the ban being fully instated. Hence, this meant it was not subjected to the same rules as other Huawei phones.

Nonetheless, Huawei said in a statement on its website that it will continue to provide security updates and after-sales services to all existing Huawei smartphone and tablet products that have been sold – or that are still in stock – globally. “We will continue to build a safe and sustainable software ecosystem in order to provide the best experience for all users globally,” it said.

Read also:
How the US ban on Huawei will impact marketing and agency partnerships in SEA
Huawei wraps up regional media pitch
Chinese company Huawei faces netizen firing squad for listing Taiwan as a country
Huawei’s PR efforts in the face of crisis even as Trump softens stance on ban

Viu and Discovery partner to expand content offering in SEA

The agency claims to have re-modeled its strategy team with three key appointments...

She was most recently leader of Burson Cohn & Wolfe's AxiCom, and was APAC CEO of Burson-Marsteller prior to its merger with Cohn ..

The committee will submit its findings and recommendations by 30 November 2019...