Most recently at the Apple Worldwide Developers Conference (WWDC), Apple software chief Craig Federighi revealed the company’s plans to inhibit tools used by Facebook which automatically tracks the online activity of its users.

This includes responses to “Like” and “Share” buttons and extends to its web browser Safari on future iterations of iOS and MacOS. Safari will also request for permission from the user before allowing Facebook to track the latter’s activities online. Other measures such as “fingerprinting” will also be resisted on the MacOS, which is often used by advertisers to track users who delete their cookies.

In light of the recent Cambridge Analytica scandal, Apple’s move signals more privacy protection for its customers, which presents web pages with fewer details about their browsing devices.

“As a result your Mac will look more like everyone else’s Mac, and it will be dramatically more difficult for data companies to uniquely identify your device,” Federighi explained.

With web tracking playing a key role in understanding consumer behaviour, Marketing spoke to various marketers and industry players in the region to find out the impact on a brand’s targeting strategy in light of the news.

Eugene Lee, marketing director at McDonald’s Malaysia said that Apple’s step up in its game to protect user privacy is definitely a good move. However, this would likely have a direct impact for advertisers, limiting the amount of targeting they can do. Lee added:

It’s definitely not an ideal situation especially when digital advertising is all about the ability to micro-target key consumer segments.

That being said, Lee is of the view that the move would not change McDonald’s marketing strategy as the company employs a strong targeted media buy. This also includes custom tailoring the messaging for each consumer segment, be it young adults or parents with kids.

“We will definitely have to work harder to reach key segments now, and will have to wait and see on how this move impacts the digital advertising space as a whole,” Lee said.

Timothy Johnson, senior vice president, marketing, products and partnerships, INTI International University and Colleges. He added marketers are seeing a huge backlash with regards to privacy and sharing of information, he explained. In this case, the attention is on the cookies that determine customer profiles.

In light of the Cambridge Analytica scandal, the recent GDPR in Europe and even the founders of WhatsApp leaving the firm, privacy issues seem to be the order of the day, he added.

“I think the future will really be first party data and potentially finding like-minded partners to create a private DSP which customers opt in for. Wishful thinking maybe but customers are really starting to fight back with regards to their right to be served and their privacy invaded,” Johnson said.

Agreeing with Lee and Johnson was Anwesh Bose, Havas Group Indonesia CEO, who added that the intent from Apple is good. Not only would it provide data security and privacy to Apple users, the move also helps in increasing the longevity of the devices being used – resulting in a better experience. In addition, the move gives more control, power and awareness to Apple users. Bose added:

What Apple has done is a sign of things to come tomorrow. It effectively took the first step in becoming GDPR-compliant from a hardware and software point of view.

“This could also have far reaching positive implications for their enterprise business  (cloud, IoT, etc).  Organisations that are serious (and can afford) internal/first party data protection would be the first movers in adopting Apple services,” Bose added.

Impact on advertisers may be minimal

That being said, Bose explained that Safari is among the browsers with a smaller market share. As such the impact from a volume point of view would be less when it comes to advertiser impact.

“However, since this will become a big topic of discussion, it would lead to people/activists pushing other browsers to adopt the same principles. It may take some time but the long term impact on ad targeting can be pretty significant,” Bose said.

He added that the move might be a “boon in disguise” for marketers as consumers get more disturbed by the high amount of targeting being used in marketing campaigns. Hence, creativity and content will play a larger role, helping marketers be progressively less dependent on Facebook, Google, and other entities which use targeting. This may also mean building their own repository of knowledge of their current and potential consumers.

“If men knew the answer to ‘what women want’, there would be no creativity or romance left in the world. Similarly, if marketers and publishers knew everything about consumers, we would be living in a boring and predictable world,” Bose said.

Ramakrishnan CN, partner at Entropia, said while it is not clear whether the feature would apply to mobile browsers as well, in the short run, the impact on advertisers and targeting would not likely be huge. He explained that Safari’s browser share is currently at around 10% in Malaysia, and “even lesser in Asia”.

“In the long run, agencies and advertisers will have to step up their game of collection, control and activating their first party data and having lesser reliance on third party providers,” Ramakrishnan added.

On the flip side, Apple has been tipped to enter the advertising business following talks with Snap and Pinterest, according to Wall Street Journal. This is was by participating in an Apple network which distributes ads via mobile apps.

“This development will be interesting to watch on how Apple steers the murky advertising turf, after the failure of iAds and the data privacy stance it has taken. It will not be easy,” Ramakrishnan added.

For Kelvin Koo, managing director, FALCON Agency Singapore, another consideration in the impact of the move is also looking at where mobile “traffic” takes place for Facebook. This includes its mobile app, where a majority of the traffic can still take place in.

He added that Google would also not likely make the same move on Chrome, seeing how the tech giant is dependent on user tracking to drive its own ad products.

“That being said, the Cambridge Analytica case could be the tipping point in getting both government and the general public in being more aware/concerned and making legislation against user tracking online,” Koo said, adding:

This only serves to highlight the growing importance of businesses owning their first party data and investing in CRM/lifecycle marketing instead of only depending on Facebook and Google.

This is not the first time Apple took aim at web-tracking by third parties. Last year during WWDC, it revealed that it would be blocking cookies from third-party entities in Safari and called the feature “Intelligent tracking prevention”.

According to Adweek, this prompted backlash from six trade groups, namely Interactive Advertising Bureau, American Advertising Federation, the Association of National Advertisers, the 4As and more.  In an open letter, the groups also called the new standards “opaque and arbitrary”, and also raised that the feature could impede user experience by making advertising more generic, less timely and useful.

Global agencies dominate creative and media, but local agencies are winning in the social media and digital space. ..

"Businesses still apprehensive when it comes to accepting digital or the online space," says Deon Moh of Google at the recent g|Ma..

This was according to a study which surveyed the Twitter accounts of spirit and liqueur brand owners such as Diageo, Pernod Ricar..

ZenithOptimedia has unveiled its plans create its first regional Analytics and Technology Hub for Asia, in Singapore... 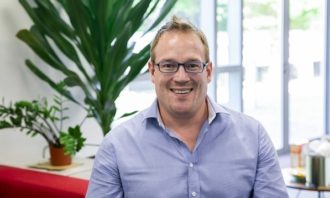