ViacomCBS Networks International’s APAC president and managing director, Mark Whitehead (pictured) will be leaving the company at the end of January 2020. He first joined Viacom in 2014, as executive vice president and Asia MD. Prior to that, he spent over five years with BBC Worldwide and helmed senior leadership roles at Discovery Channel and Turner Broadcasting Systems.

This comes as the firm unveiled a management restructure of its international networks division, in a bid to leverage its expanded operations post-merger. The ViacomCBS Networks was formed after CBS Corp and Viacom Inc completed the merger in December 2019.

According to ViacomCBS, this is aimed at driving new growth opportunities across brands in key international markets.

As part of the regional changes, Maria Kyriacou, who most recently held the title of president of International for ITV Studios, will now join the newly expanded division on 3 February 2020. Her new role will be president, ViacomCBS Networks UK and Australia, which includes responsibility for Ireland, New Zealand and Israel. With focused oversight of ViacomCBS’s operations in two international markets, including its free-to-air broadcast networks, Channel 5 and Network 10, Kyriacou will seek content and commercial synergies between the company’s portfolio of networks and streaming services across these English-language markets. Paul Anderson, who is CEO of Network 10, additionally becomes EVP, ViacomCBS Networks Australia and New Zealand with immediate effect, reporting to Kyriacou.

Meanwhile, Raffaele Annecchino, who is currently president of the division’s operations across Southern and Western Europe, the Middle East and Africa, will also take on an expanded role in the new structure, with additional responsibility for the company’s operations in Northern and Eastern Europe and key Asian markets. As president, ViacomCBS Networks Europe, Middle East, Africa and Asia (EMEAA), Annecchino will be tasked to deliver additional growth in European markets through the closer alignment of its operations across the continent as part of an EMEA structure.  Annecchino will focus on developing scale in the company’s operations in EMEAA in addition to continuing to be responsible for VCNI’s mobile strategy.

JC Acosta will be the third of the division’s senior pan-regional leaders, having recently been promoted to president, ViacomCBS Networks Americas. In this role, Acosta will be responsible for the company’s operations across Latin America, including the key markets of Argentina, Brazil and Mexico as well as in Canada and the US Hispanic market. He will be tasked with the ongoing expansion of ViacomCBS’s portfolio of networks, streaming services and associated businesses across the region including the Studios business in the Americas; Argentinian free-to-air broadcast firm Telefe; and, digital services including Porta Dos Fundos.

In line with the brand leadership changes, Jules Borkent has been promoted to executive vice president, VCNI Kids and Family, reporting to David Lynn and Brian Robbins, president, Kids and Family Entertainment, ViacomCBS Domestic Media Networks. Borkent has been with Nickelodeon since 2001, having led channel operations and content strategy including programming, acquisitions, originals and digital for Nickelodeon International, which has delivered continued growth during his tenure.  Working in close alignment with Nickelodeon US, Borkent established the international programming council and manages a multi-million-dollar content investment across kids & family programming.

Both Borkent and Acosta succeed Pierluigi Gazzolo, who prior to his recently announced promotion to president of Studios and OTT for ViacomCBS Networks International was president, VCNI Americas and executive vice president of Nickelodeon International. Gazzolo, who also reports to Lynn, assumed his new dedicated role at the start of this year.

Lynn said that consolidating the company’s international flagship brands into two groups will simplify its structure and more closely align its business with ViacomCBS’ US brands. According to Lynn, this enables the management to share more content and resources across the different brands and extract maximum value from its content investment and libraries.

“With Kyriacou joining and with newly expanded roles for Annecchino, Acosta, Gazzolo, Taylor and Borkent, we have an exceptional leadership team in place and a simplified structure that allows us to be more tightly focused on seeking out the most attractive opportunities to license our brands. This also includes content and IP in the highest value and fastest growing international markets, with a particular focus on accelerating our streaming strategy,” he added.

Omnicom’s Proximity China has opened its Guangzhou office off the back of business growth in the region...

LOOK Chevrolet allows you to digitally test-drive on rugged terrain

Has the growth in digital stunted creativity in advertising?

About 67% of marketers find that digital growth in advertising has come at the expense of the quality of creative. ..

96% of respondents to a recent questionnaire said they supported the potential strike and 89.1% saying they would join it...

These groups were categorised as, "yellow", "mulato", "caucasian", "black", "coloured" and "indigenous"... 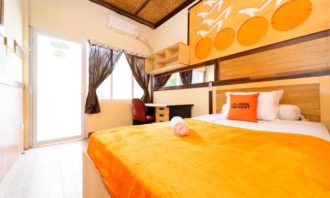