Sony and Uniqlo have finally issued statements over a recent debacle surrounding an influencer-photographer they worked with – Daryl Aiden Yow. The move comes amidst Yow’s recent apology for the recent events and for claiming that stock images and other people’s work were his own.

Following the PR storm, Sony, Uniqlo and OPPO were the brands most mentioned by media reports for working with Yow on photography-related projects.

In a statement to Marketing, a Sony Singapore spokesperson confirmed that the brand had work with Yow. “We are surprised and disappointed with what has been reported and are currently looking into this matter. Sony strongly encourages the art of creativity, however we do not condone any action such as plagiarism and take a serious stance on it,” A Sony Singapore spokesperson said.

Meanwhile, Uniqlo confirmed it worked with Yow last year for its travel campaign, comprising a one-off engagement where he talked about his travels at Uniqlo’s Orchard Central store. The company did not give further details surrounding the matter.

Other brands which Yow has worked with include Issey Miyake, Colgate and LANEIGE. A quick check has also found recent posts promoting Issey Miyake’s L’Eau d’Issey Pure Nectar fragrance to have been taken down at the time of writing, while Colgate, LANEIGE, NIVEA and Godiva remained up. 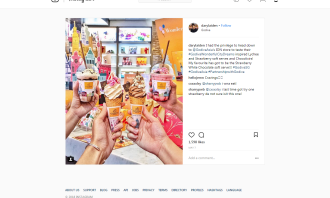 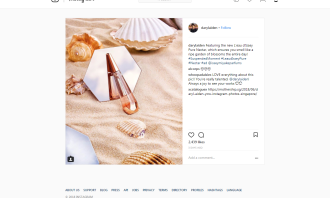 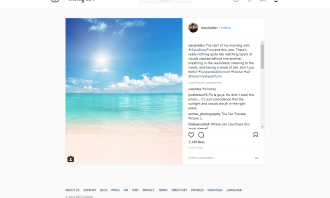 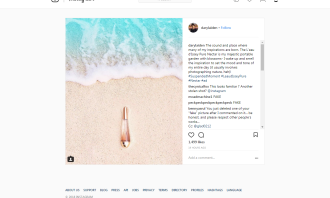 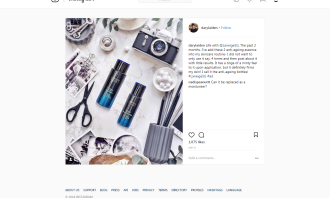 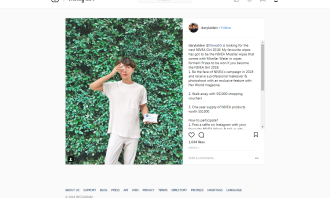 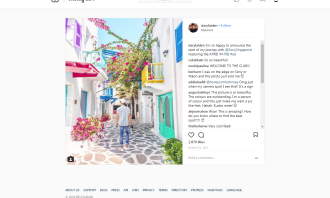 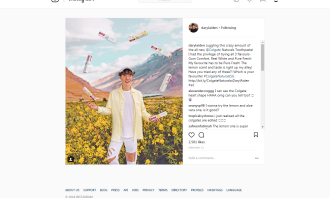 Just yesterday, Yow apologised for the events which transpired and for falling short of what was expected of him having marketed himself as a photographer. He also admitted that it was wrong for him to have used false captions that “misled [his] followers and those who viewed [his] images”.

Is there a way to salvage the situation?

According to Edwin Yeo, GM of SPRG Singapore the main issue in this entire saga is the perception that Yow lied, rather than the fact that he used photoshop. As such, it will no doubt result in some client losses as “no brand really wants to associate themselves with someone who isn’t trusted”.

While he has already apologised, Yeo doesn’t think that it is enough to restore brands’ trust in him.

“If he can take a page from what Scoot did, he could change the nature of his posts to start having a laugh at himself. Ultimately, whether he loses followers or not, really depends on whether he can keep his page interesting and engaging. He will need to reinvent his page and not pretend to be someone that he’s not. Make it fun and engaging, the followers will return,” Yeo added.

But the silver lining in this instance is that the PR storm has added to his fame.

“If he really wants to continue being an influencer, then he needs to find a way to leverage on the recent ‘PR’, to show that he’s learned his lesson, and maybe rebrand himself – perhaps with a dose of self-deprecating humour. If he builds up his following again, brands will come back.”

Wesley Gunter, PR director, Right Hook Communications however said it was “quite unlikely” that anyone in this situation could turn things around and come out back on top, given that he is perceived to have plagiarised work from other sources and was dishonest about it.

The best solution for Yow, Gunter said is giving a public apology to his clients, followers and whole photography community in Singapore and possibly, even make a donation to an organisation that supports aspiring photographers as a gesture of contrition.

This would of course result in brands not wanting to work with him anymore in the short run, but he might be able to build up again from there.

“My main concern would be for the clients working with him, as it shows to the public that not enough research was done to screen his work,” he added. Gunter advises that any client working with him should cut all ties with him, given the damage Yow has already inflicted upon their brands with this scandal.

“Next, the clients should try to gain back trust from the public by showing how stringent their screening processes are when looking for potential future ambassadors. This would help protect their brand image,” he added.

The saga also sparked an internet challenge posed by netizens called the #DarylAidenChallenge which also saw brands such as Scoot, F&N Seasons, Klook, ezbuy and Shopee having a field day. The challenge mocks Yow and his Instagram posts  – many of which saw Yow super-imposing himself into desirable travel locations via photo editing software, ranging from scenic travel locations to even café storefronts.

The reality of re-entering adland [VIDEO]

Can you really afford to take a break from the ad industry? ..

Dow Jones Consumer Media Group has strengthened its online presence in Asia with the appointment of Olivier Legrand as general man..

Tourism New Zealand will be pushing out creatives on social media and online over the next few months as part of the campaign...

Growing attention from Singaporean companies on marketing IT

Why do CMOs and CIOs seem to be moving apart at a time when the digital technology they share is becoming more important to busine..

Vishnu Mohan will become CEO for India and Southeast Asia, while Levent Guenes will become chief growth officer APAC. Both will re..