For six months, Hong Kong has been experiencing a heated political upheaval, and it was to be expected that the climate would feed into people’s diet of online content on the biggest platforms. Yet it still may strike many as a surprise that in YouTube’s 2019 wrap-up, political videos and channels secured the top spots in three categories.

In the category of Top 10 Trending Videos, influencer Jason’s (大J) vlog describing his encounter with riot police in Causeway Bay topped the chart as the most viewed piece of original video content in Hong Kong. 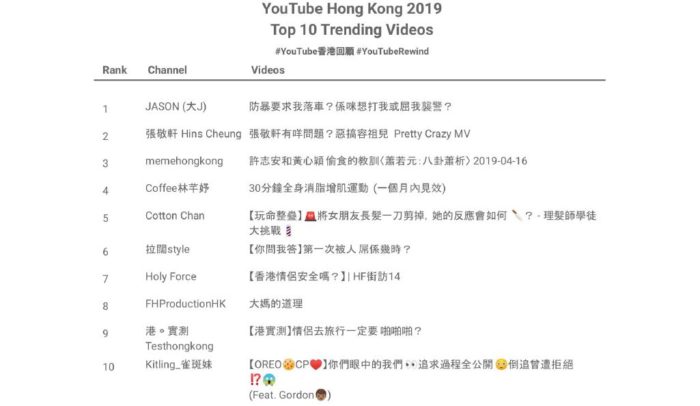 As Hong Kong users go to YouTube for a lot of their music, the platform offers plenty of original, alternative, homegrown music content. But reflecting the times, political content dominated the first spot of the category of Top 10 Trending Local as Black Blorchestra’s music video rendition of the protest-penned anthem, “Glory to Hong Kong” (《願榮光歸香港》管弦樂團及合唱團版) beat other local productions.

Other non-mainstream music videos that have made it into the chart include rapper JB’s song (潮共), Cantonese hip-hop group LMF’s song W.T.F.H.K. and a song aimed at cheering up Hong Kong protesters (2019致香港人的原創歌曲丨《和你飛》丨香港人．加油丨WE ARE HONG KONGER♡) from channel NEI FEI WO. 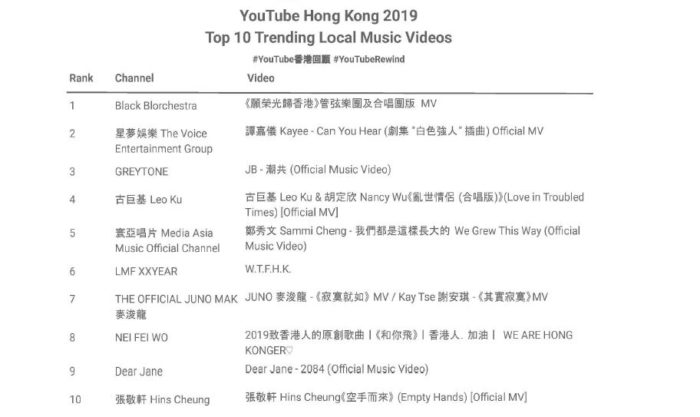 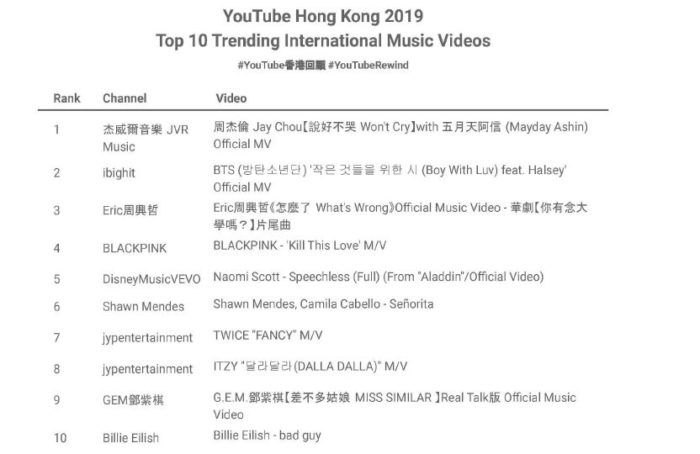 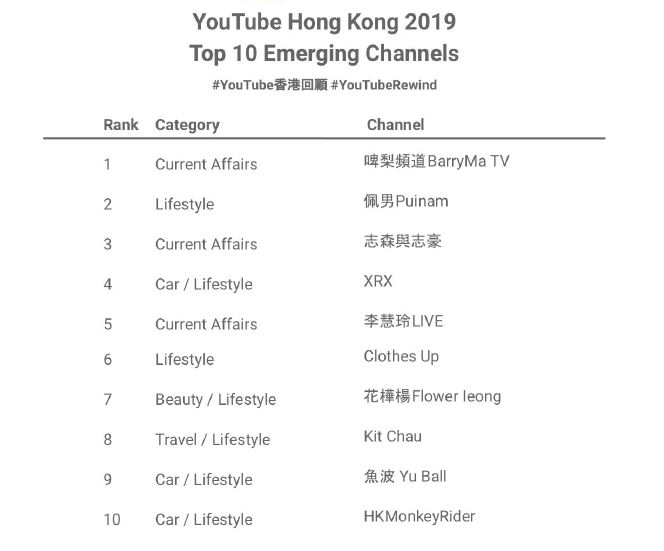 Tourism footfall on the rise in SG, but shopping loses its lure

According to STB's data, tourist spending grew but was slowed by declines in shopping (14%), accommodation (5%) and food & beverag..

Luxury fashion label Coach looking to bolster is digital presence across Asia, with new plans in place to build out its digital te..

‘I want to get cancer’: Irish campaign’s tagline draws controversy

The organisation says it wants to provoke a positive conversation in the fight against cancer...