The campaign engages swimming team members Stephanie Au (歐鎧淳), Yvette Kong (江忞懿), Camille Cheng (鄭莉梅), Sze Hang Yu (施幸余), Claudia Lau (劉彥恩) and Geoffrey Cheah (謝旻樹), all of whom represented Hong Kong at the Rio Olympics, to capture their persistence and determination during training, as well as the breakthroughs they have made and the fearless belief they have nurtured.

The series of photos have been published on New World Harbour Race’s Facebook page. 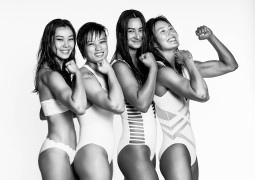 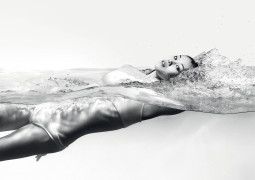 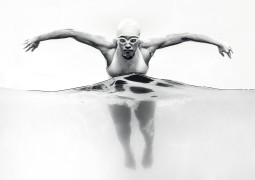 SK Lam, creative director at AllRightsReserved, said the images were to pay tribute to all Hong Kong Olympic team members.

“The city has yet to shoot a photograph collection for our athletes. While the Rio Olympics have just ended, we found us at the right timing to elevate our local swimmers to new horizons.”

He said the local athletes can also highlight the persistence spirit among the people of the city, and encourage participants to enjoy the annual harbour swimming event even more.

Responses have been positive with people still following the local athletes’ Facebook pages since the Rio Olympics, and have enjoyed the dynamic mood of the photo series.

On the other hand, some have said the series looks similar to another artwork, The Opaque, by Carlos Serrao.

“The two photo series have completely different creative motives, for example, in terms of shooting angles and water transparency. Not all black and white photos are the same,” Lam said.

What’s the DNA of a Data Scientist?

Data scientists have a role to play in marketing. Here is what you should be looking for when hiring one. ..

In its quest to lead and excel in luxury’s foray into digital, it seems fitting for LVMH to hire an executive from the tech space...

Professionals with experience in digital marketing and e-commerce were "especially in demand"...

As a result of the merger, Ogilvy Australia will phase out the brand of OgilvyAction locally; the last Ogilvy market to do so. ..