Programmatic traders worldwide felt they spend a lot of time on reports. While reporting is crucial to obtain insights to optimise and plan better, about 57% of traders in Southeast Asia said more than 50% of their reports were done manually, and this involves piecing together data from multiple adtech platforms such as search, social, programmatic and ad servers. Meanwhile, 28.5% said over 80% of reports were done manually.

According to the 2019 programmatic trader survey by CtrlShift titled “How Traders Trade”, traders who worked on intensive performance campaigns suffered the most, as more than 80% of reports were done manually by them who said they made more than 10 optimisations per campaign per week. In particular, campaigns with budgets over US$1 million and below US$50,000 required the most manual reporting. While smaller campaigns were driven by performance considerations, larger campaigns – likely branding campaigns, saw the need for customised insight.

The survey noted that despite the success and availability of numerous dashboarding platforms and software in the market over the past five years, manual reporting seems to be the norm rather than the exception. This indicates that common templates across the client base of a service provider are not working well or may not even be possible. Also, there may be a lack of expertise in using complex dashboarding systems that are inflexible or incomplete for automated media buying.

CtrlShift’s survey also said that there are asymmetric requirements, knowledge and evaluation practices across the organisation when it comes to the reporting being provided to clients.

As a result of this, visibility and transparency have been “deprioritised” amidst other pressing concerns in ensuring effective marketing outcomes. The combination of campaign objective (performance), frequency of optimisation and lack of automation in reporting has implications on stress levels and the likelihood of “burn out” in traders.

Ultimately, this means that many marketers are not receiving real-time information about their campaigns. 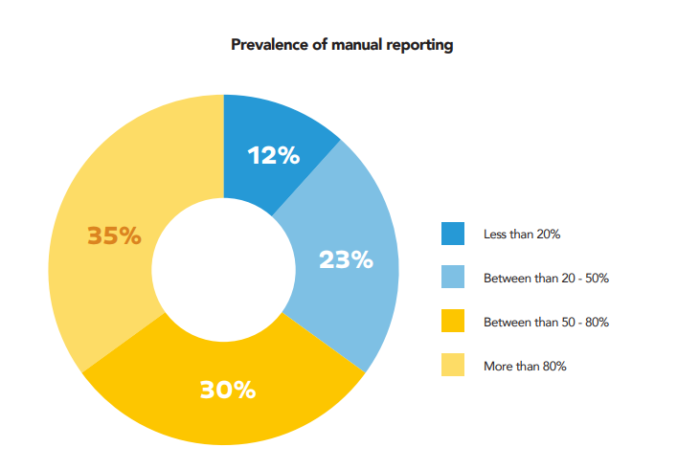 According to the survey, the disconnect between campaign execution and reporting might led marketers to question the value and use of advertising technologies.

Meanwhile, the survey also noted that most programmatic traders in Southeast Asia, India and Europe carry out one to three optimisations per week per campaign. Those in Southeast Asia, Asia Pacific, India and Europe, in particular, typically set up higher complex campaigns comprising more than 10 line items or strategies per campaign. The survey said that complexity is inferred from the number of line items or strategies created at campaign set up. Complexity tended to be “consistently higher” across Southeast Asia, Asia Pacific and Europe, compared to Australia/New Zealand, North America and North Asia.

Furthermore, the frequency of optimisations varied inversely with complexity at setup. This may reflect typical budget sizes and traders’ understanding of audience homogeneity levels in the targeted geographies. Traders in Asia Pacific who are familiar with high levels of heterogeneity across the different markets and audience groups, for example, may choose to set up multiple line items upfront, making a subset obsolete after the test phase, and optimise the remaining strategies less frequently thereafter.

This is compared to North America-based traders which may deploy large budgets over a relatively homogenous audience set initially, then optimise only after the “test phase”, when specific patterns of audience behaviour and campaign performance become clearer. 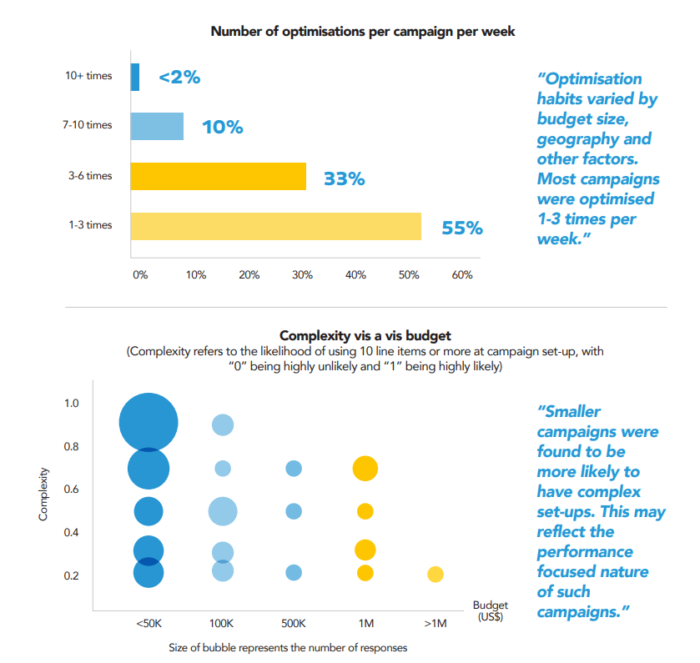 While the duopoly has maintained its stronghold on the market, survey results show that 48% of respondents are using five or more platforms, with 18% utilising more than eight in a bid to get more incremental returns. The survey said that Google and Facebook would account for at least three of the platforms used, matching its initial assumption that the usage of additional two to three platforms would be the “natural state” for most trading teams. Additionally, 13 respondents suggested that the trading team size for spends of US$10 million and above could be up to 10 or sometimes more, indicating a maximum amount of US$1 million per trader.

In this case, Asia Pacific was independently aggregated based on respondents choosing “APAC”, “Australia” and a few other countries within the region. It does not include Southeast Asia and India, which were listed separately in the report. Pan-regional teams trading in Asia Pacific and Europe made up 26% and 10% of respondents respectively. 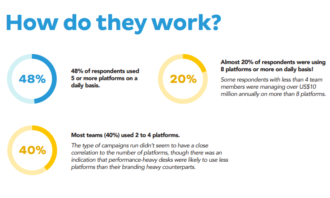 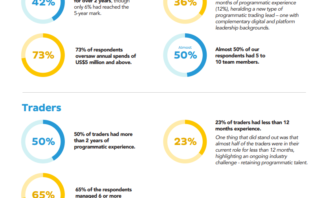 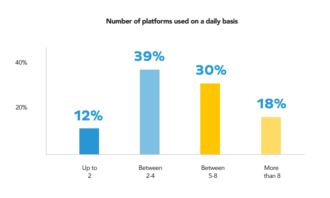 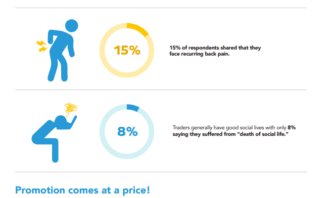 The company said it has plans to move away from promotional spending and instead build its brand power...

Income highlights how you might not realise your partner cares

Digonnet has spent the last five years at Razorfish and Digitas as executive chairman APAC for both brands...

UTV Media’s sports radio station talkSPORT has extended its international partnership with the Premier League for an additional th..

Through the move, Samsonite aims to have customers see and experience a curated collection of featured products at the concept sto..