Mediacorp will be renaming OTT service Toggle to meWatch, as well as digital radio MeRadio to meListen. This move will also see loyalty programme MeClub renamed as meRewards. In January 2020, the media conglomerate’s digital products will be brought under an umbrella of “me” branding. Mediacorp has announced the name change on its social media platforms and TV to inform customers.

In a statement to Marketing, Oliver Chong, head, marketing and communications, Mediacorp said the “me” branding is in a bid to emphasise the increasing personalisation of its services. As such, Toggle will be revamped into a video destination along with its name change, while MeRadio will be renamed meListen to offer more personalised digital listening experience for consumers, and MeClub to be called meRewards for overall consumer satisfaction. 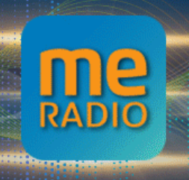 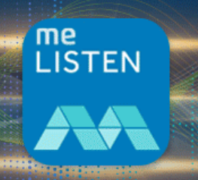 Chong added that as Singapore’s national media network, Mediacorp aims to deliver “Made for You” experiences to those it serves, shaped around their wants and needs. The new brand position was unveiled in a “Made for you” brand campaign last month. Mediacorp launched a new slogan, a music video and brand vignettes, reflecting a company-wide reinvention.

The music video manifests Mediacorp’s vision to “Create Connect Inspire”. Mediacorp explained to Marketing then that the launch of the brand positioning comes as the media conglomerate focuses on creating localised content and going beyond the stereotype of a broadcast-only company. According to Chong, with this new marketing push, the company aims to reinforce its positioning as a holistic media company with both digital and traditional offerings.

In a bid to position itself as a brand that “goes where its audiences go”, Mediacorp inked a partnership with YouTube earlier this year. It also partnered with VICE to offer Singaporeans access to the latter’s curated video series on Toggle, which rides on VICE’s youth audience and authentic storytelling.

Kraft Heinz to shift more dollars to media, 'frenzy of innovation' too cannibalistic

Heart Media and monimedia team up for an online launch of Men's Folio and L'Officiel. ..

Localised versions of video series such as "Hot Ones", "Sneaker Shopping" and "Complex Closets" will be created...

Find out which brands jumped on the buzz...

The financial services company has unveiled a mobile app especially for iPhone users to keep up with news about contemporary art...