What can marketers learn from Flappy Bird?

It has garnered over 50 million downloads and reportedly pulled over $50,000 of ad revenues daily from its two-line banner. So the biggest question is who turns their back on the worldŌĆÖs most downloaded game in recent memory?

Flappy Bird was a surprise smash hit in the competitive mobile phone game market, and even surprising was why its creator Dong Nguyen yanked it out from iOS and Android last week at the height of its whirlwind success.

The 29-year-old Vietnamese creator gave multiple reasons. Last Tuesday, he told Forbes that he pulled the plug because it was ŌĆ£too addictive.ŌĆØ The day before it was grounded on 9 February, he tweeted that it ŌĆ£ruins my simple life. So now I hate it.ŌĆØ

Nguyen could either be an indie game maker overrun by success or a marketing whiz kid who have succeeded in generating global buzz from what most say is a completely pointless, albeit addicting, game.

One influential US-based blogger Robert Scoble thinks so, calling Nguyen a ŌĆ£geniusŌĆØ for releasing a game that ŌĆ£makes you enough in a week to survive several years without a salary. Then tell everyone you are deleting that game.ŌĆØ

“Everyone will buy that new game, making [Nguyen] even richer, because of the fear that he’ll delete that game,” Scoble wrote on Facebook.

In fact, if you have Flappy Bird on your mobile device right now, you can still see that Nguyen is still making money from the in-game advertisements. And even though Flappy Birds can no longer be downloaded via legitimate means, a simple Google search could prove otherwise.

Regardless if it was all just a marketing stunt, Flappy Bird teaches us how to handle and plan success and about viral power.

ŌĆ£I think that [Flappy Bird] advances the idea that the two required ingredients for viral success are a great concept and an initial audience that can share enough to cause the “critical mass” required to go viral.ŌĆØ

In a marketing industry that has long relied on strategies like empowerment, tongue-in-cheek and fun, Flappy Bird shows that brands can also engage people by challenging them rather than just making them happy.

ŌĆ£It is simple, straightforward and has dumbproof game mechanics. But it pinches a nerve – people want to take on an impossible challenge to measure one’s capabilities and of course to measure it against their peers,ŌĆØ Ng says.

Until recently, Flappy Bird made sharing your exquisite frustration in Twitter, Facebook or through SMS very simple with the share button (it was later later replaced by a Rank button sometime in early February).

The hashtag #flapflap, which was programed to the share button, is a great barometer how Twitter helped Flappy Birds soar. It also reveals how Flappy Bird, like all viral hits, eventually fade. 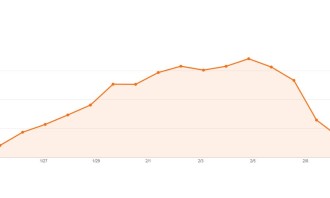 Consider this updated chart from Topsy, which tracks the popularity of words on Twitter. It shows how the gameŌĆÖs popularity picked up in January and rapidly deteriorated after Nguyen announced the imminent death of the game.

Ng also owes the success of Flappy Bird to its similarity with another mobile game called Angry Birds, another smash hit which received similar success. Difference is, Finish game developer Rovio transformed it into a household name globally. It appeared not to be fazed by the lime light, but instead thrived, expanding the franchise way out from its game roots.

If Nguyen was indeed truthful about his overnight popularity (not to mention, notoriety with some frustrated gamers) kicking him way out of his comfort zone, does this mean business success is something one needs to prepare for?

ŌĆ£I think this was a case of “He didn’t plan to fail, he failed to plan,” not realizing that such a simple creation could take off, and further not realizing that when the Internet takes an interest in you, it is intrusive,” Ahn said.

ŌĆ£He said it was ruining his “simple life,” which is another allusion to mental harmony being his ultimate priority. I hope he gets what he wants, and I hope we learn more about Dong Nguyen. I for one want to know more about the guy behind the Flappy Bird,ŌĆØ he adds.

What if your mobile game or marketing campaign is the next Flappy Bird? Would you be ready? Your opinion is very much welcome below.

Subscribers to the Youku service will be able to watch films from the two studios' libraries for no additional fee. ..

Alibaba will invest RMB28.3 billion for a 19.99% stake in Suning (ĶśćÕ»¦) to further integrate digital and offline retail. ..

Is this the way forward for companies in managing new technology revenue streams?..