Malaysia Airlines (MAB) and rare earths mining company Lynas have come out on top as industry players with excellent crisis management strategies in place. According to a recent study by Malaysian communications agency Citrine One, both scored 26 out of 36 points.

Despite its poor financial performance and the questions raised about its possible sale, MAB used official press statements and interviews to communicate the current state of affairs and its plans to recover its financial standing. According to Citrine One, the fast reaction could be attributed to its stature as a Malaysian carrier, as well as the need to maintain the morale of its employees and steady share price.

Meanwhile, Lynas “effectively neutralised and engaged with” relevant stakeholders with official press statements when there were calls to halt its operations and license renewal. It also responded to questions by the media, thus offering the public a full picture of its operations in Malaysia, Citrine One said.

Citrine One’s study also listed AirAsia as having “commendable performance” in the area of crisis communications, scoring 24 out of 36. Despite being recognised as a “vocal” company, Citrine One said that the airline first took a defensive stance when faced with its baggage handling crisis, before “getting back on track” to neutralise and engage with its audience. According to Citrine One, AirAsia resorted to a creative campaign, helpful baggage handlers on the ground to lighten the issue while employing fast reaction time both online and offline when it came to the baggage handling crisis.

On the other hand, Grab Malaysia has been named the lowest scorer in deploying effective communication strategies, scoring only two out of 36 points. According to Citrine One, the score was a result of the company being embroiled in multiple issues relating to passengers and drivers’ safety, following robberies and sexual assaults during Grab rides. Meanwhile, Media Prima came in as the next lowest scorer with only three points, due to the handling of its ransomware attack last November.

The other companies included in the study are Rapid KL (17 points), One City Development (16 points), Telekom Malaysia (15 points) and Genting (12 points). 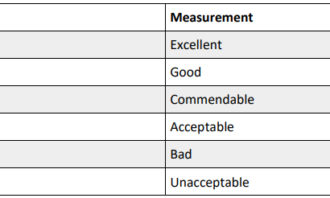 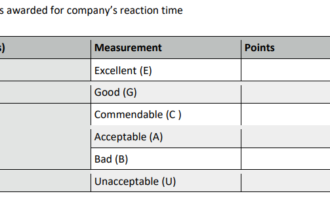 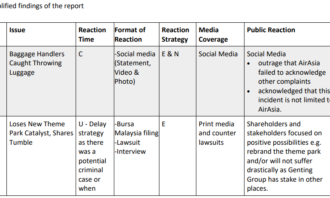 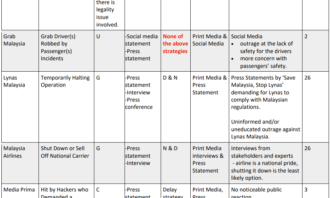 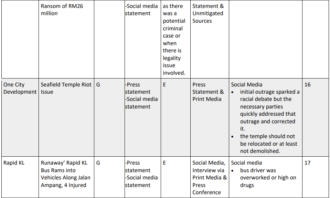 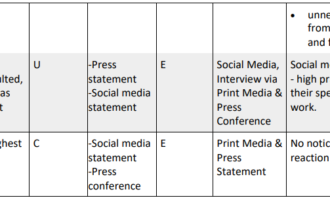 Citrine One’s managing partner Sharveswary Balakrishnan said it is “quite surprising” that a people-centric company like Grab can score so low on crisis communications. “It is a vulnerable industry and the global market of ride sharing has given enough case studies for Grab to have a crisis handbook. The delayed response time and lack of solution is deemed unacceptable in issues management especially when it involves safety of its drivers or passengers,” she said.

Balakrishnan said MAB, Lynas and AirAsia did well compared to companies such as Grab and Media Prima because they responded within an acceptable timeline along with an explanation or solution that offers clarity to the parties affected by the issue at hand.

Following closely behind Grab as the next lowest scorer is Media Prima. She added that in hindsight, the lack of communication from Media Prima regarding the ransomware attack could have been due to sensitive legal issues and the need to track down the perpetrators. “Nevertheless, the delayed response was a cause for concern for its large network of stakeholders,” she said.

Citrine One’s study analysied nine Malaysian-based companies that faced widely covered crises between 1 March 2018 and 31 March 2019 and was conducted by an independent researcher. The companies’ reaction time, strategy undertaken and the outcome were summarised in a scoring system to show the level of transparency and efficiency in managing the crisis. The point system awards up to 36 points maximum.

After launching and then quickly closing its retail store in China in 1997, French retail group Galeries Lafayette is making a sec..

Connected to India will be supporting advertising sales, create unique innovations and packages for digital channels and produce h..

This is in conjunction with the 2018 FIFA World Cup Russia...

She first helmed the role as GM of TSLA's Singapore office in 2015...