Malaysia Airlines (MAB) and its sister companies under the Malaysia Aviation Group (MAG) are channelling assistance to the Australia bush fire by pledging to contribute RM1 from ticket sales of each passenger flown by the airline for the month of January. MAB is also working with the National Disaster Relief Management Agency (NADMA) Malaysia to fly in volunteers if required by the Australian government.

MAB has been in touch with the Australian High Commission in Malaysia to channel the proceeds towards wildlife protection, the fire fighter benevolent fund and Red Cross, the major organisation managing the affected people. MAG group CEO Captain Izham Ismail said Australia has always been close to its heart, having had one of its earliest cadet pilot and engineer trainings there. He added that the Australian government had also provided it various forms of assistance during its time of difficulty.

“Our employees in Australia and their families are saddened by the situation and our other employees globally who share their sorrow, have been asking how they can help to ease the situation. It has been reported that the fires have generated violent weather, which can influence regional and global climate,” he said. Izham added that MAB is committed to assist from a monetary perspective, but also initiate discussions with various organisations that can offer skills and expertise in the recovery of the ecosystems.

Since September last year, Australia has been battling bush fires which has since escalated due to extreme heat and about 63,000 sq km have been burnt so far. The New South Wales Police Force said in a recent statement that it has taken legal action against more than 180 people for bushfire-related offences since late last year. The legal action ranged from cautions through to criminal charges for 205 bushfire-related offences, the police said.

The airline also unveiled another spot to celebrate the Kaamatan and Gawai Harvest Festivals in East Malaysia...

Women’s Health Malaysia, a fitness and lifestyle magazine, will debut in March next year...

A year since the launch of Credit Suisse’s digital private banking platform in Asia Pacific, the bank has expanded the offering ac..

More support will be given to adopting new technologies and data analytics to understand and engage visitors...

Channon has over 13 years of experience in the print and digital publishing world... 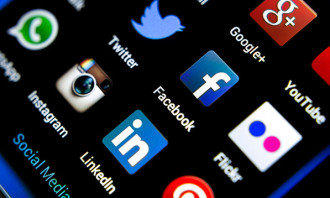