LOOK Ever heard of “roof-vertisements”?

Shell is celebrating 125 years in Malaysia by unveiling two giant roof advertisements, or what it deems “roof-vertisements”.

These ads will be located on rooftops of major toll plazas in the Klang Valley. The advertisements feature a collection of quotes and faces of Shell customers to celebrate its customers who have helped it become what it is today as a multi-national oil company.

Most recently, the multi-national oil company launched a new web series called #StationStories where a series of stories celebrating customer journeys were aired. 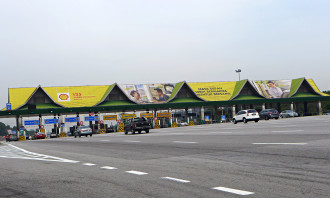 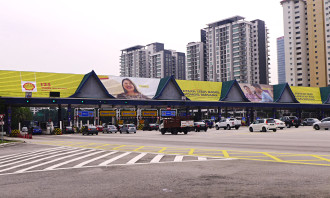 #StationStories was a project that Shell had tested mid last year in Malaysia alongside the Netherlands market where it tapped on the potential to connect with its customers while they are pumping petrol. The original series produced in 2015 garnered close to six million views from the six videos produced.

Maxim's looks to engage mooncake lovers through pop up shop

Having most recently served at Edelman as regional media operations director, performance, APAC, Jones has amassed a strong record..

Hunting for the perfect gift can take time, so Google is helping streamline the process for Philippine shoppers.  It rolled out Sh..

More on the appointment here...

Malaysia Airlines marketer: ‘One mistake can wipe out all your previous efforts’

Malaysia Airlines' marketing lead says the brand has "reached a stage now where things are moving in a positive direction"...