LOOK Can you spot what’s wrong with this girl?

The Instagram account of Louise Delage has been the talk of the town lately. Having recently joined the app in only August this year, she has already accumulated over 65,000 followers till date.

The 25-year old’s photos on her account reflect the personality of a young lady who enjoys spending time with friends and eating at restaurants and being outdoors. Check it out:

Pretty normal right? We thought so. However, last week, she posted a video on her page which seemed like any other regular montage of pictures she has posted over the past two months. However, as the video progressed it revealed the scary truth. Every single picture of hers had an alcoholic drink either in her hand or in the background.

Later, it was revealed that Delage is a French student, participating in a campaign run by Addict Aide, a organisation in France which helps people with alcohol addiction. The campaign was created by advertising agency BETC.

In a statement to CNN, president of BETC, Stephane Xiberras said the agency was trying to point out how easy it is to miss alcohol addiction and was glad it resonated with the public and became a trending topic on Twitter in France gaining over 500,000 total views across Instagram, YouTube and Facebook.

A Nielsen study shows 99% of new products miss criteria for success, analysing also success stories such as Nestlé Lactogen 4 and ..

In an environment where denser urbanization, fast-paced lifestyles and challenging working hours are adding more complexity to con..

The campaign features a refreshing 60-second TVC through the eyes of a soon-to-be dad...

The US home lifestyle channel will make its debut in high definition on 4 December. .. 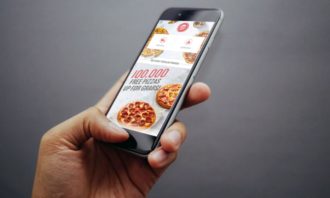