The National Basketball Association (NBA) will officially open the NBA Cafe this Friday to bring the hardcourt to the dining table for Filipino basketball fanatics.

As one will expect from a hoops-themed restaurant, basketball memorabilia and interiors will be its main attraction, in addition to serving American bar and grill favorites and Asian-Filipino dishes

Expected to become the watering hole of choice whenever the Playoffs are on, dinners can watch live sports and recorded NBA classic games on flat-screen monitors installed around the restaurant. NBA merchandise are also for sale via an in-store retail shop. 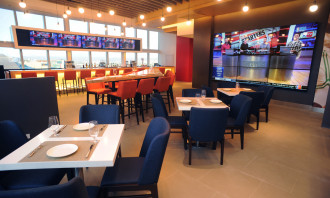 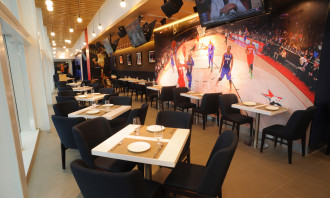 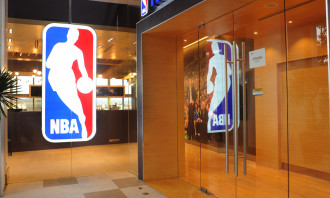 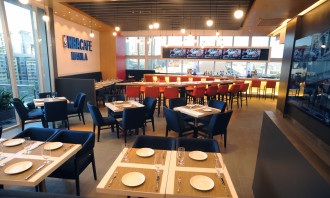 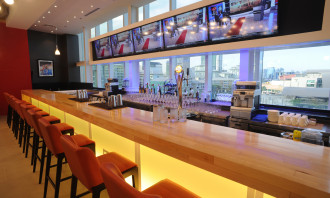 A world first, NBA Café is actually the second branded restaurant outside the United States. The first league-owned eatery was NBA City, opened in 1999 at the Universal Studios Resort in Orlando.

Managed and operated locally by Haute Couture F&B Concepts, Inc., sister company of Hoopla Inc., the NBA Cafe is located at the SM Aura at Bonifacio Global City, Taguig. A grand launch will be held today attended by Gordon Hayward of the Utah Jazz and WNBA Legend Tina Thompson.

Asked why enter Asia via the Philippines, NBA Asia country manager Carlo Singson told Marketing last year that the Philippines has the most number of NBA fans outside the US, with around 40 million people playing or who have played basketball.

“The demand for the NBA keeps growing.  The NBA Café provides fans with a permanent NBA-themed venue in the Philippines where they can enjoy an exciting NBA themed experience.”

With another NBA Café planned for Madrid in 2013, Singson said that an expansion in other Philippine cities or other Asian countries could be possible if the business proves to be successful.

Nielsen: 7 in 10 Filipinos will buy a car in the next 2 years

In celebration of Microsoft Office’s 25th anniversary, the company created a new font that functions as an interactive teaching to..

Facebook makes a stunning about face after being caught out attempting to plant negative stories about tech rival Google...

Why Christians will not buy Kraft [GALLERY]

A new Kraft campaign that leaves little to the imagination has enraged a group of conservative mothers across the US...