Link has collaborated with emoji company to launch the “#Linkemoji share love and fun” campaign that features emoji-themed game booths to further strengthen its brand identity.

The charity initiative encourages the public to show their care towards those in need. People are invited to create personalised emoji messages through its “Park and dine” mobile app or linkemoji.com to share the personalised messages on Facebook. For every message shared, the company will sponsor HK$1 to Hong Kong Guide Dogs Association.

For those who have shared their messages can then redeem a QR code to play emoji-themed games at its flagship properties like Temple Mall, Lok Fu Place or Stanley Plaza for free. 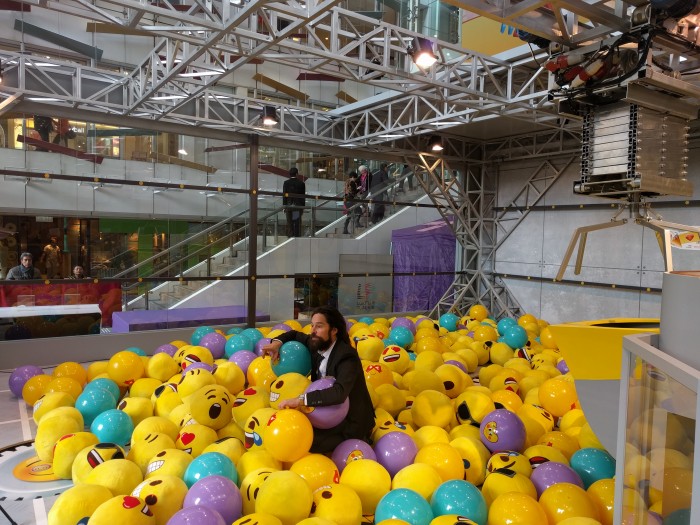 Link said as most people are attached to their smartphones, this campaign aims to encourage them to join the initiative online and then drive them to the site offline.

Link CEO George Hongchoy said the company hopes to spread the message of love through its first-ever emoji™ charity campaign and link people to better lives.

Ministry of Foreign Affairs Singapore is looking to appoint a communications agency to position itself as an employer of choice. ..

Another enraged customer on social media is a reminder why brands cannot afford to take crisis comms lightly. ..

He brings with him nearly 19 years of consumer experience with J&J, having handled various marketing, commercial and innovation as..

It’s not about partnering big or small agencies. It’s about commitment, says EDB

A common belief might be that these partnerships seem to be reserved for the “big boys” of the ad world. But is this really the ca..

Aiming to disseminate the message of "Care more", the campaign has launched a TVC and supporting executions on 6 December with OOH..