Leo Burnett has once again won top honours at the HK4As 2014 Kam Fan Awards, taking the top gong for its â€śGift Boxâ€ť campaign for The Salvation Army and Crown Relocations.

The campaign also claimed the Promo and Activation Kam Fan, two Golds in Packaging Design and Best Small Budget Campaign, plus one Silver in Media Single – Best Use of Ambient. 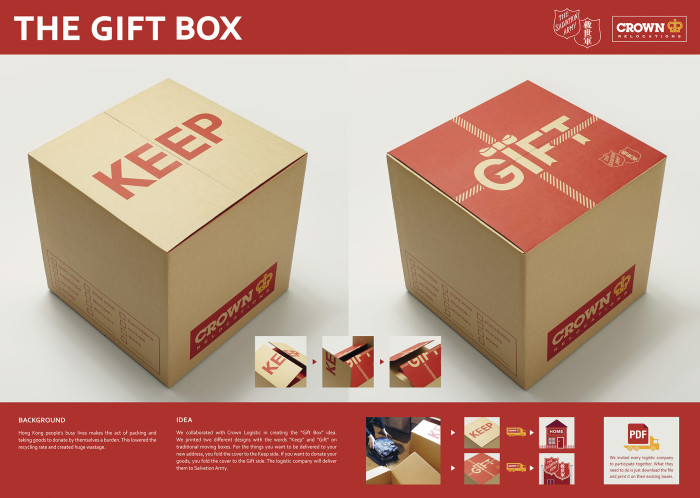 One of the jury leads Akira Kagami, executive advisor at Drill Inc Japan, said contestants were really strong this year.

“We chose the Grand Kam Fan for its message to the industry that can encourage and inspire, especially the younger generation. This winning work is a very good idea that can move the people and change the world.â€ť

Y&R's regional strategy director Hari Ramanathan has been promoted to the role of chief strategy officer at Y&R Asia...

He will report directly to Anna Chew, general manager of Havas Worldwide Siren...

TVB made a defiant claim that the complaints were, "irrational and malicious with the sole purpose of undermining freedom of the p..

The chief executive of South China Media has hinted at an expansion of its portfolio, including English-language extensions of key..

The network is moving to a consolidated management structure in SEA, and has appointed new leaders in five markets...