A crafty mooncake campaign by KFC in Hong Kong has struck a chord, as a simple invite for several other popular fast-food chain stores to celebrate the Mid Autumn Festival at its recently opened concept store in Causeway Bay went viral, with a number of brands jumping onboard. 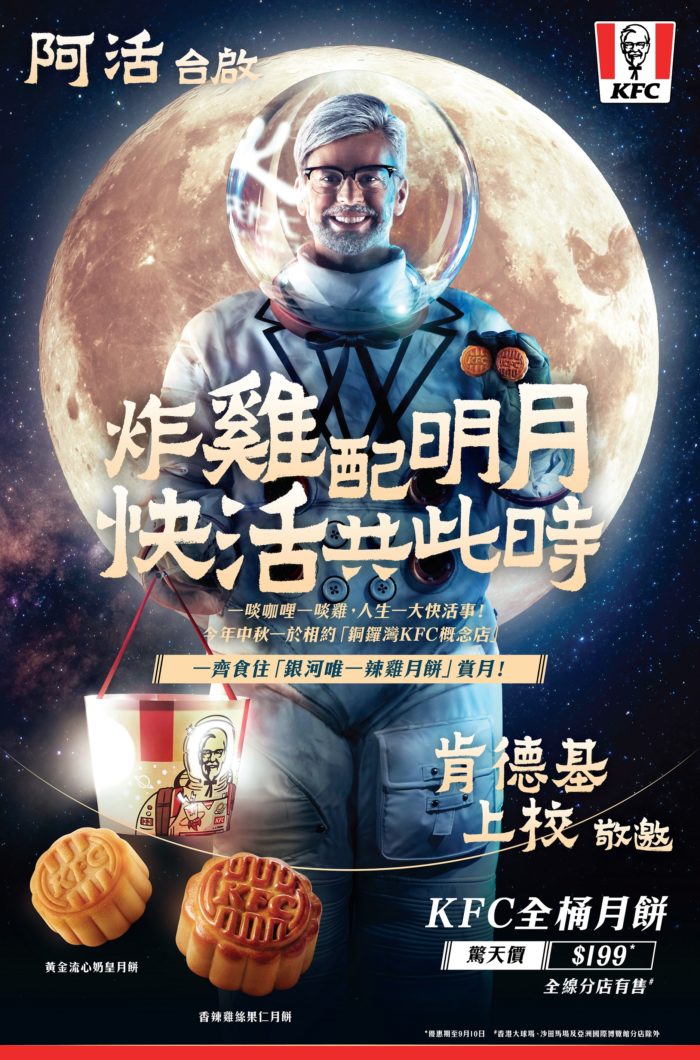 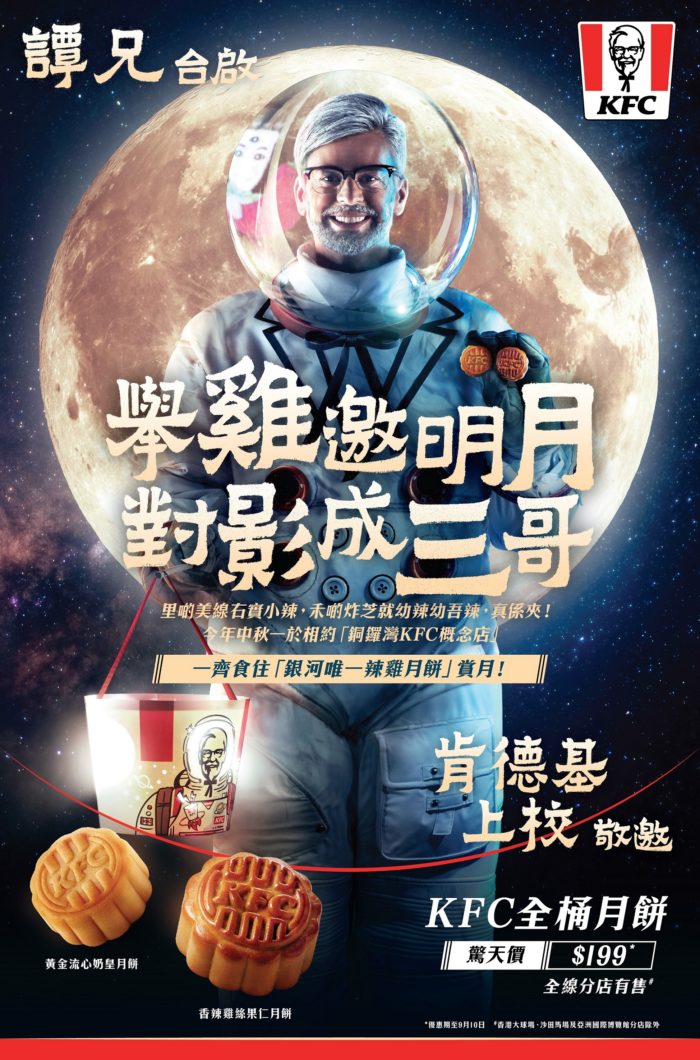 The invitation cards featured a creative Chinese poetic couplet, asking the other fast-food chain stores to bring along their signature products, such as fries, pizza, and mixian to the party at the KFC concept store, with KFC providing the mooncakes from its latest collection. 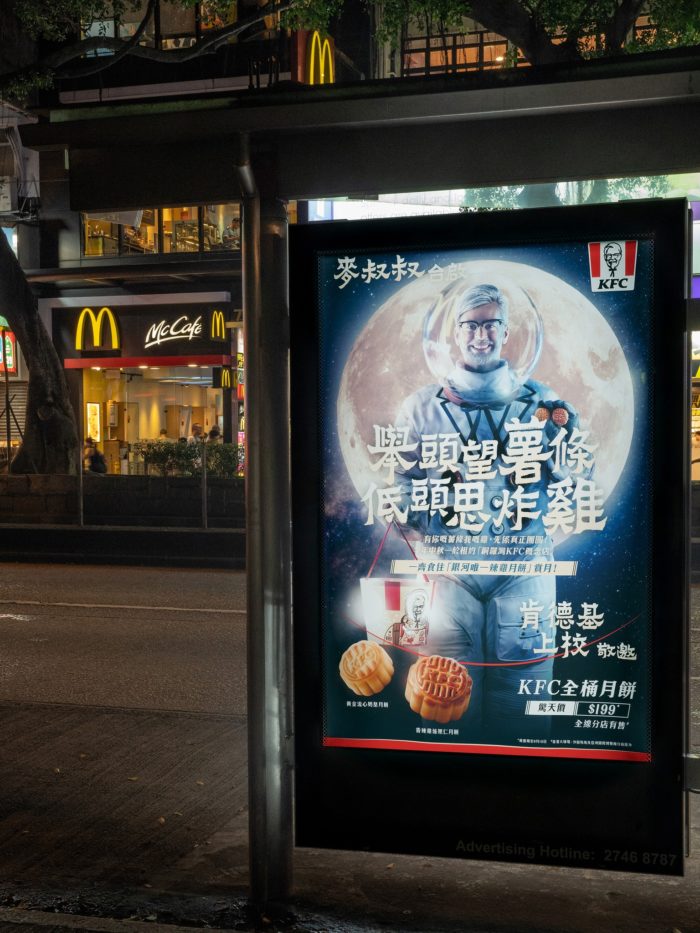 The invitation received multiple responses through Facebook posts from other brands, including McDonald’s, Pizza Hut, TamJai SamGor Mixian, as well as Ma Pak Leung (馬百良). The responses were also designed corresponding to the Chinese couplet style of the original KFC invitation cards. 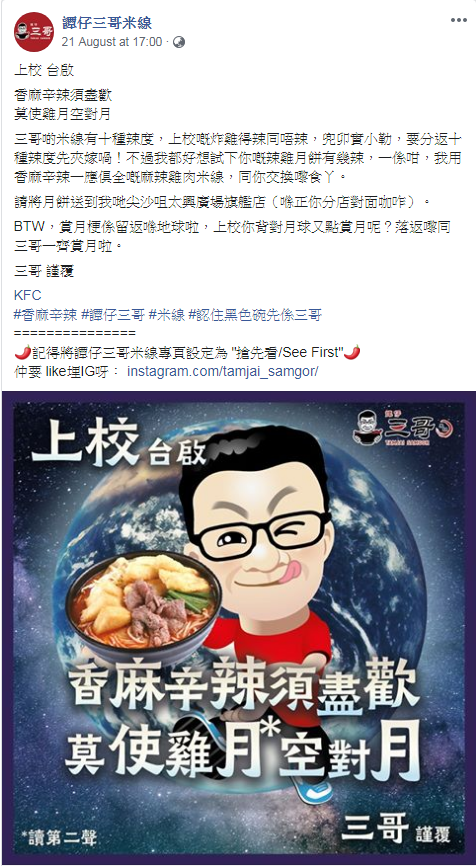 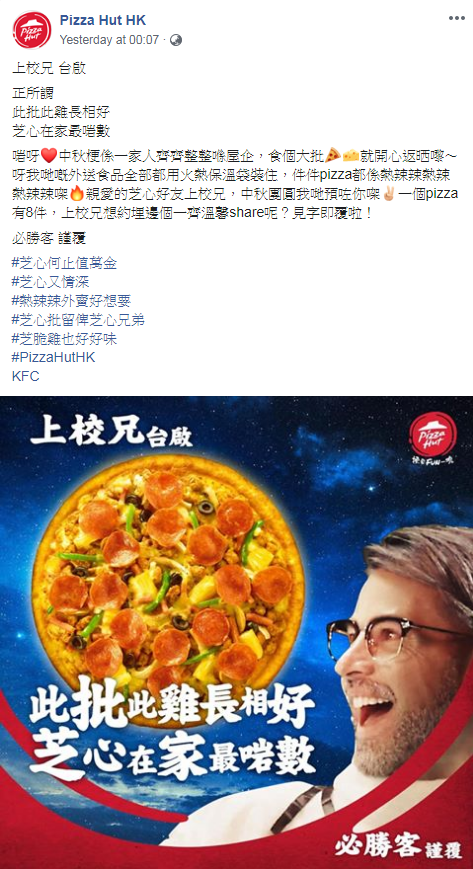 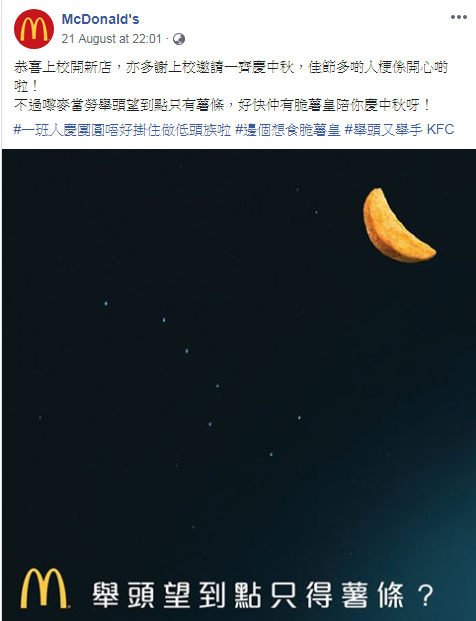 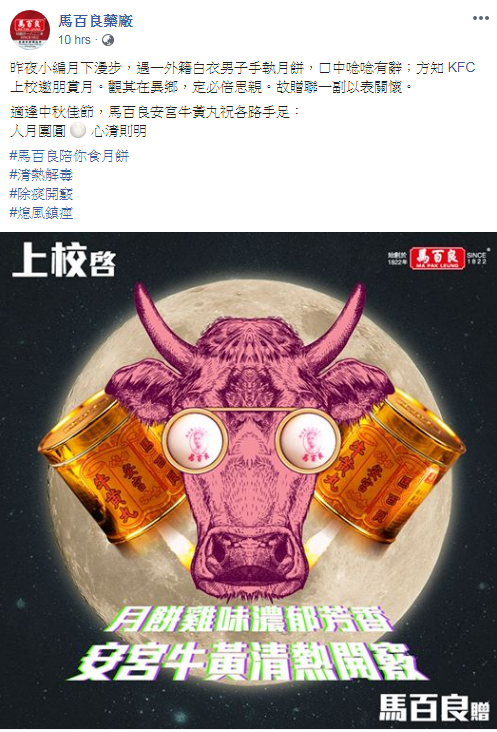 Other brands, such as Lucozade HK and Big Waster (大嘥鬼), also promptly joined in this interactive social campaign with video responses.

“We would like to break the traditional ad format by having co-branding, a single campaign for multiple brands to generate greater impact,” said Stephen Chung, creative partner of Secret Tour.

In collaboration with Universal Music Malaysia, the Singing Pizza will be available from now until the end of December 2019...

The report highlighted that about one quarter of Dove's Instagram followers was found to be fake in 2018. ..