Indonesian digital financial marketplace KoinWorks has launched a new campaign that draws inspiration from its users and commemorates the milestones in their financial growth. This comes shortly after KoinWorks appointed Goodstuph Indonesia as its creative agency for a period of one year.

Conceptualised by Goodstuph Indonesia, the campaign features witty ads that reads, “Hey deposits, when will you reach my height? I’m already 18% but you are just 6” and “To our investor who has gotten returns of 31%. Are you still single?”, and “This ad is made for our oldest user at age 60. You’re awesome sir!” among others.

In a statement to Marketing Interactive, GM Joshua Tan who is running the agency’s Indonesia operations, said the team matched the messages to the different locations. “The less serious ones will be placed at Gunawarman and Senopati. While, the numbers-driven messages will be at the business district areas such as Sudirman,” the spokesperson said.

The campaign will go live on major LED billboards around the South Jakarta area, broadcast on radio JakFM as well as digital placements from January to March 2020. 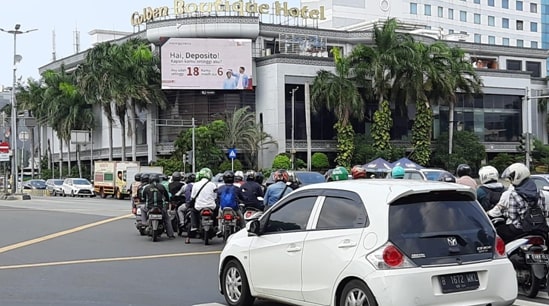 Jonathan Bryan, CMO of KoinWorks said the company’s tagline #Siapapunbisa, is the driving force for Koinwork’s growth. KoinWorks first started off as a peer-2-peer lending marketplace in 2016, and has since grown into Indonesia’s financial app with more than 300,000 active users. “Technology has enabled millions access to investment and financial products, and not just for the wealthy. We picked Goodstuph because we see a bit of ourselves in them – a challenger brand who is willing to up against the big boys,” he added.

Meanwhile, newly joined Aditia Bramanti, executive creative director at Goodstuph said the agency is only at the beginning of the fintech transformation in Indonesia. “To be a part of this journey with KoinWorks and for them to put their trust in us is a big honor,” he added. Bramanti was previously the head of creative at Grab Indonesia and joined Goodstuph in August 2019.

The jewellery brand has partnered with Tribal Worldwide Hong Kong to roll out a pop-up roadshow in China which looks to engage cus..

JWT will be tasked to provide a fully integrated strategy, brand, digital and communications for the brand...