To say advertising is a quirky industry would be an understatement.

It is safe to say, it can get downright crazy with the hours, painful clients and ridiculously fast pace the industry is evolving in. We took a quick look at the Twitterverse to see how real life agency folks describe their daily work flow in ad land. Here are some funny (but down right real issues) tweets we came across.

Here’s one fans of Netflix’s Stranger Things can relate to.

In fact, Fridays can be the weirdest days of all.

And the reality of working in an agency is…

Today I will be attempting to answer 300 emails, so thanks for your patience. #agencylife #workingnonstop

When you need to escape the office. #agencylife #VR #tech pic.twitter.com/ODNZ1SfOyQ

You can also forget keeping to your healthy diet resolution! 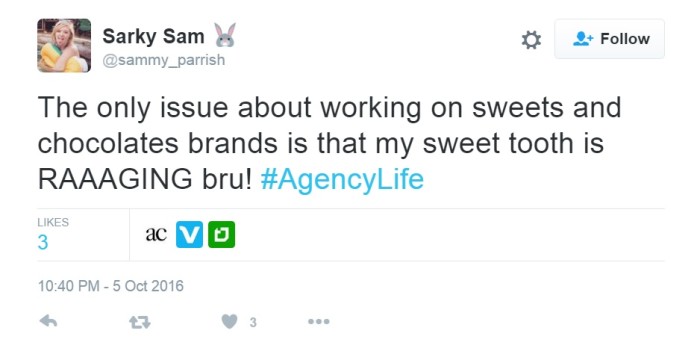 And duh, clients can be painful. 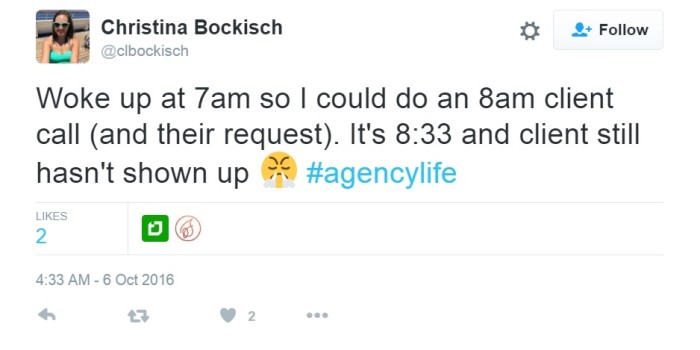 There should be a law against brands posting updates with low res images and typos. #agencylife #branding

Why do clients insist on having a responsive website but then complain about "the fold"? #agencylife #design #uxdesign

Sometimes technology too can be annoying.

The new sophisticated office printer takes so long to print, I think it proofchecks each file before printing #agencylife

But you know what, at the end of the day, its not so bad. It trains you for real life!

Just leveraging #agencylife as training for all of this sleepless night stuff that comes with babies. ALL-NIGHTERS? GOT THIS.

And the networking is awesome. Best of all are the friendships forged.

Got myself a couple of new mates at work. #digitaslbi #agencylife @ DigitasLBi UK https://t.co/jImHccQQFX 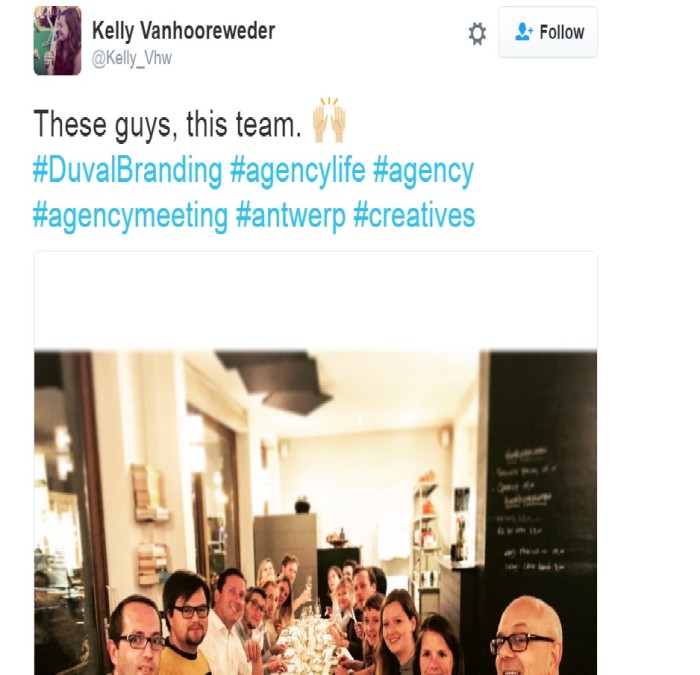 Ultimately, it really is a hard industry to leave behind.

Thanks colleagues, for the farewell gifts; can i join & leave again so u can buy me more #StarWars? #PR #agencylife https://t.co/PS7HZTnubh

So enjoy it while it lasts!

McDonald’s wants your opinion on their service

The partnership aims to turn Alibaba’s half a billion users into sports fans...

Case study: How DBS leveraged on digital to stand out during the festive season

The bank went beyond the tried and tested way of issuing free red packet envelopes to its customers...