BrandingCampaignsDigitalesportsMarketingMedia
20/11/2019 Wed 12:03 in Singapore by Contributor

Singtel powers up support for gaming and esports

This branded article is written by Singtel in conjunction¬Ýwith the Media of the Year 2019 print series published in October 2019.

As lifestyles become more digital, gaming is gaining a huge following among millennials. In Southeast Asia alone, Niko Partners reports the number of gamers is projected to reach 400 million by 2021, making it the world‚Äôs fastest growing region for online game revenue with US$4.4 billion revenue expected by 2021.

Gaming has become a big passion for many among this digital-first generation, with 68%^ of Gen Z males agreeing that it is an important part of their identity. For them, gaming is no longer simply a hobby, it influences the way they consume entertainment as well as their brand choices.

Mirroring the trend in gaming, esports, a competitive gaming and spectator event, has gained ground, transforming from niche community events to multi-million dollar prized events with large audiences. Asia Pacific is the world‚Äôs fastest growing region in terms of esports audiences, with numbers expected to climb to 290 million by 2021 according to Newzoo. A clear sign that esports is pushing into the mainstream is its inclusion in traditional sporting events like the upcoming 2019 SEA Games.

Brands are increasingly looking to esports as a way to grow their presence among the gaming community ‚Äì a young demographic that is hard to reach via traditional advertising channels such as television.

Today, Singtel and its regional associates Airtel, AIS, Globe and Telkomsel count more than 200 million customers as regular gamers, a significant proportion of whom fall within the tech-savvy millennial and Gen Z segments. The Group aims to support the passions of this group of young customers, and connect with them through new forms of content such as esports and gaming which complement their interests. 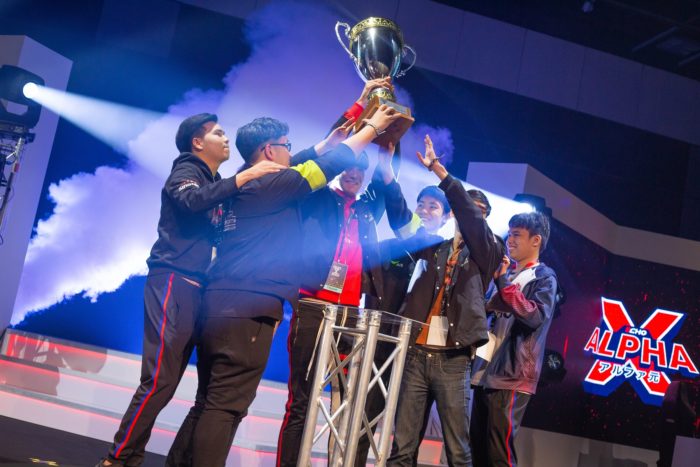 It is in a unique position to build PVP Esports, given its 700 million mobile customers across Asia Pacific and Africa, local knowledge of key Asian markets, and telco assets such as its networks and digital content platforms. These factors are already attracting game companies keen on partnerships to tap into the rapidly growing gaming market in the region and should pave the way for a great gaming experience. PVP Esports will develop the ecosystem in an authentic and meaningful way through professional to grassroots-level events, support for esports talent and partnerships with brands that share the same vision. 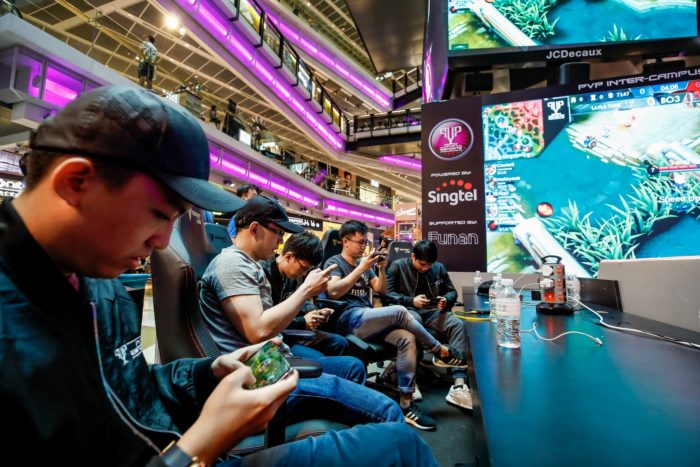 The inter-campus qualifiers of the PVP Campus League 2019

PVP Esports kicked off in 2018 with the PVP Esports Championship, which featured a US$300,000 prize pool and attracted the participation of global professional esports teams such as PSG.LSD, Team Secret and Fnatic. In addition to the finals held in Singapore, the games were streamed live to fans across the region in seven languages ‚Äì English, Bahasa Indonesia, Chinese, Korean, Russian, Tagalog and Thai ‚Äì on digital platforms such as Twitch and Facebook.

Building on the momentum from the PVP Esports Championship, the Singtel Group forged ahead with the PVP Regional Corporate League and PVP Campus League in 2019 for gaming enthusiasts and fans to come together for some friendly competition and celebrate their love of gaming.

The PVP Corporate League 2019 reached out to young working professionals from Singapore, Malaysia, Thailand, Philippines, Indonesia. It drew teams from SMEs to Fortune 500s across a wide range of industries such as finance, consulting, media, hospitality, government and more.

Singtel and its regional associates each organised local qualifiers where teams battled it out in the games Dota 2 and Mobile Legends. AIS in Thailand for instance, held their qualifiers at Thailand Game Expo, the country‚Äôs largest game venue, which attracted over 100,000 visitors. In Singapore, the event was held in the heart of the business district at Asia Square, and was graced by Minister for Communications and Information S. Iswaran. 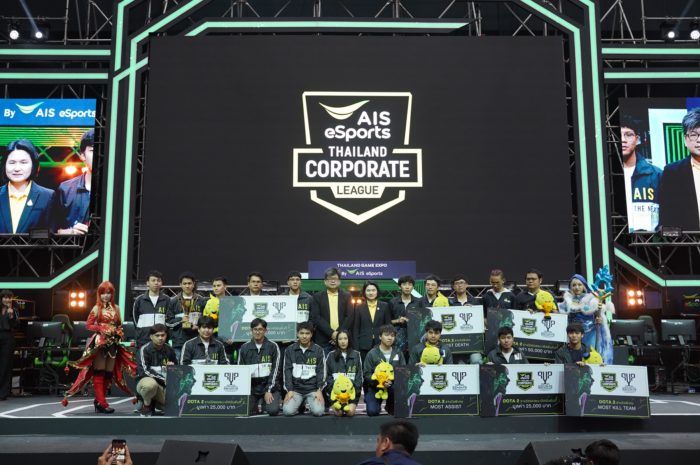 The Thailand qualifiers of the regional PVP Corporate League 2019

The finalists will play in the grand finals at the end of the year where they stand a chance to win $20,000 and donate the prize money to a charity of their choice.

The PVP Campus League 2019 for tertiary students in Singapore saw teams put their skills and teamwork to the test as they battled it out in the highly popular Mobile Legends: Bang Bang. Qualifying teams advanced to the inter-campus stage which took place at the newly refurbished Funan mall. The event drew a large crowd of school supporters, as well as curious passers-by who stopped to catch the action.

In addition to these two anchor events, other PVP Esports initiatives have been introduced to bolster efforts to grow the gaming eco-system and drive recognition for esports in the region.

Singtel appointed local pioneer esports teams and players RZR Xian, Resurgence and Asterisk* as PVP Ambassadors to engage the community. It is supporting their professional pursuits with sponsorships that will help them as they continue to hone their skills and represent Singapore on the world stage. The Group is also showing its support for Singapore‚Äôs first esports contingent at this year‚Äôs SEA Games with a mini-documentary series on the athletes‚Äô journey in the run up to the Games. Airing from October, this will help to rally fans to support the teams as they compete for esports glory this November.

To grow the esports ecosystem and community, Singtel partnered endemic and non-endemic brands including Razer, Huawei, Great Eastern, gaming caf√© chain Wanyoo and venue partners. This enabled it to extend the mileage and visibility of PVP Esports and at the same time provide sponsors with the opportunity to reach this growing esports audience.

Through the initiatives launched to date, PVP Esports has steadily made its mark as a platform dedicated to developing the esports ecosystem and community in the region.

The inaugural PVP Esports Championship 2018 saw 18,000 gamers compete in the tournament in the three months leading to the finals. The finals in Singapore garnered 13 million views across Facebook, Twitch, YouTube and EGG Network and was played live in a ‚Äúsold-out‚Äù arena filled with 3,000 fans from around the region ‚Äì 90% of whom were millennials and Gen Zs.

This year‚Äôs PVP community leagues ‚Äì Campus and Corporate ‚Äì have appealed to amateur gamers eager to try their hand at competitive gaming and hone their skills in their favourite games. The PVP Corporate League drew 1,500 gamers from across the region to participate in both the online and offline qualifiers. In Singapore, 450 tertiary students have competed in the PVP Campus League. These games brought fans together to share their passion and watch the gaming action live or online.

The Grand Finals of the PVP Corporate and Campus League 2019 will take place at the Singapore Comic Con this December. As the official esports presenter of the event, PVP Esports will offer the expected 50,000-strong crowd a chance to meet with popular names in the gaming scene, enjoy exciting gaming showcases and more.

Moving forward, Singtel will continue to work closely with our partners and associates across the region to enable the growth of esports in Southeast Asia and give gamers the support, recognition and opportunities they deserve.

This article is written by Singtel¬Ýin partnership for the Media of the Year 2019 series.

PRHK Viewpoints: Against a backdrop of protests, business goes on for Hong Kong PR

Six cultural trends that will reshape marketing in 2020