Jack So is the co-founder and ECD of So Fuk Yu, the mythical Hong Kong agency straight from the pages of Richard Tong’s critically acclaimed series of neon-noir novels. Here, he quells your concerns, solves your problems, and addresses the big issues with uncommon sense. Send your questions to AskJack@marketing-interactive.com for solutions without the sugar coating.

Dear Jack: My boss is old. Can his ideas be any good and is he still relevant?

It’s true, young people are just smarter. Mark Zuckerberg said that. He was really young at the time. That’s why it’s called the arrogance and naivety of youth, not wisdom of the ages. Fact is, 50-year-old tech founders are twice as likely to start a blockbuster company than a 30-year-old. And 30-year-olds have a better chance than 20-year-olds. In the fastest-growing start-ups, the average age of founders was 45 at launch. So, yes, old people and their experience are not only relevant, they’re vital. Oak trees don’t start producing acorns until they’re 50 years old, you know. Unfortunately, most clients tend to demand campaigns and results earlier than that. Try not to schedule reviews before your boss has taken his afternoon nap and everything will go well.

The most effective advertising doesn’t sell. It makes people want to buy.

Dear Jack: All the briefs we get seem to be the same. How can we do something different if nothing changes?

Dear Jack: I think my art director’s idea is a rip-off of another campaign. What should I do?

Don’t confuse creativity with originality. Good artists copy. Great artists steal. Picasso said that and he did all right. Is it the idea or the execution that is similar? Ask him about it and point out the similarities. He may be unaware of the original campaign and rethink the work. On the other hand, he might say “great minds think alike”. Then you should reply with “idiots seldom differ” and start looking for another job.

Dear Jack: My agency is obsessed with awards and goes to great lengths to win them. But, surely, awards are a by-product of doing your job really well, not an individual and separate pursuit?

All glory is fleeting, but obscurity is forever. Some people need awards to feel validated. Others believe that no one should get an award for doing what they’re paid to do, or what they should do. And then there are those that think awards are the fraudulent currency of a false economy and a morally bankrupt orthodoxy. It took me three gold Pencils, five silver Lions, four Spikes and an Effie to work that out. Interestingly, before the Spanish Civil War, soldiers were given a share of the booty they pillaged from those they conquered. Then their leaders realised they could keep more for themselves if they put their conscripts on minimum wage. To make them feel better about risking all for little reward they gave them medals. You might like to think about that the next time you get a gong or a certificate instead of a pay rise.

Dear Jack: What will be the next big thing?

Apparently, it took 38 years for 50 million people to get a radio and 13 years for 50 million to get a television. Instagram got 50 million users within a year and a half. WeChat, of course, got 400 million active users in its first 12 months. By that logic, the next big thing should already be here or, if not, it will be by Chinese New Year. Keep an eye out for anything that involves edge computing, scalable blockchain and hyper automation. Or, preferably, all three.

Dear Jack: These days, it seems the creative department is expected to assume multiple roles – from core discipline to strategy, media, production and account management. What should be my primary concern?

Creative people need to know a little bit about everything, a lot about something, and be capable of anything. You need to be a jack of all trades, so to speak. There are so many things to consider in a campaign these days. Finding a form that accommodates the mess is the primary task of most creative people now. The simpler your idea, the easier it will be to format for purpose. 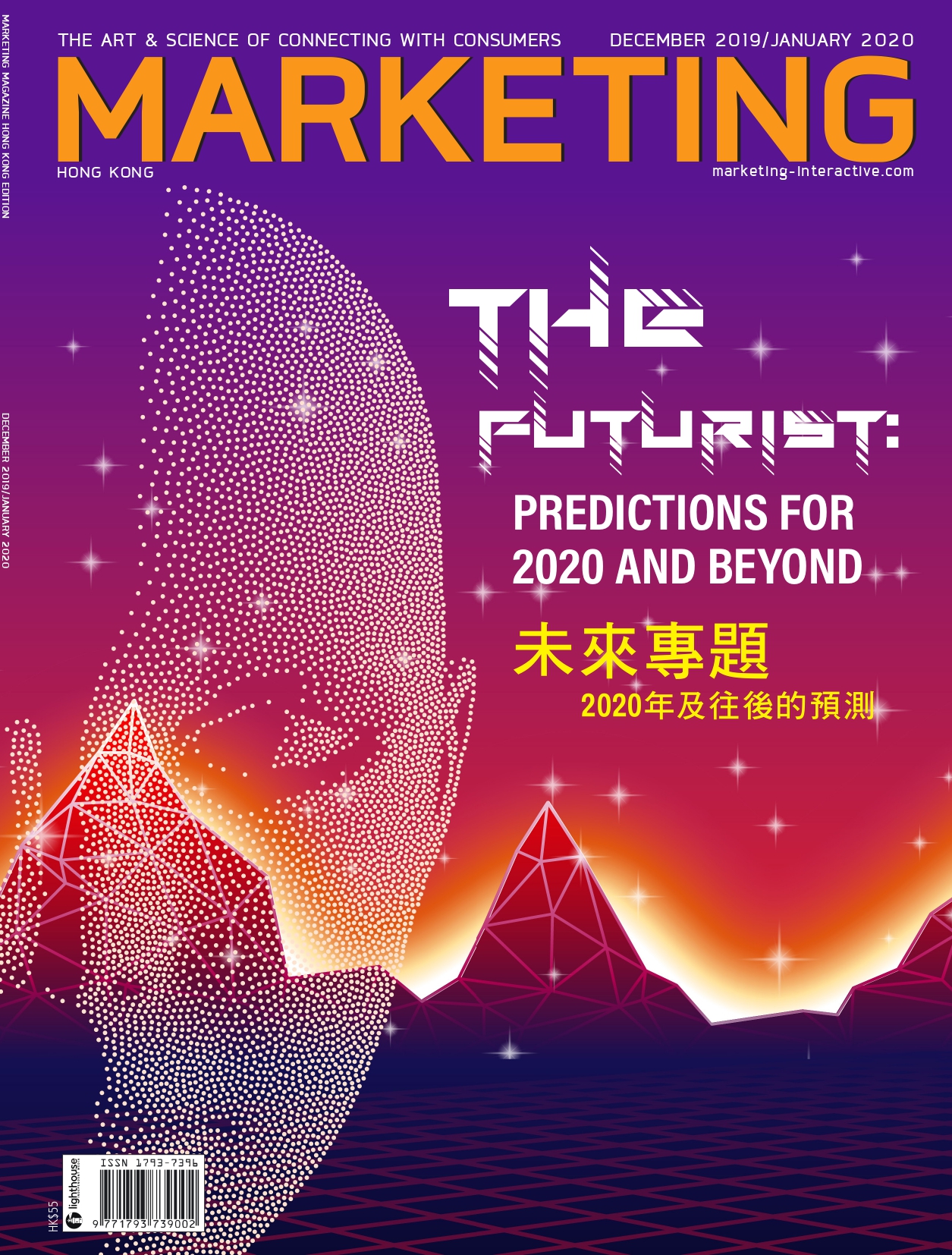 This article was produced for the December/January Futurist issue of Marketing Magazine Hong Kong. For more features and other magazine-exclusive content from this and upcoming issues, you can subscribe to receive your free monthly print copy here or you can read the digital version in its entirety here.