The way to gain your customers’ trust is through competence and ethics. People today grant their trust based on these two distinct attributes: competence (delivering on promises) and ethical behavior (doing the right thing and working to improve society), according to the 2020 Edelman Trust Barometer.

Among the two attributes, ethics outweighs competence. When broken down in numbers, ethics- which is made up of integrity, purpose, and dependability- is seen to make up 76% of consumers’ trust while competence makes up the remaining 24%. When it comes to trusting institutions such as government, business, media, NGOs, the study finds that government institutions have the most distrust amongst the public, followed by businesses, the media, and NGOs. 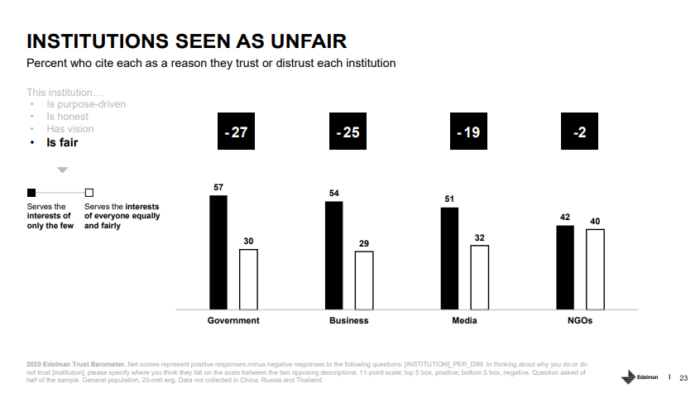 This year’s Trust Barometer reveals that none of the four institutions (government, business, media, NGOs) are seen as both competent and ethical. While businesses are seen as competent only, NGOs are seen as ethical only.  Government and media are perceived as both incompetent and unethical. 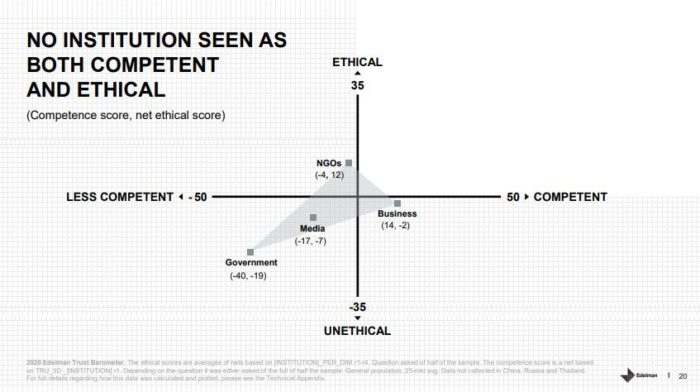 Partnership is key to build trust in consumers

To become more competent and ethical, institutions have to work together within the different facets within itself, namely the stakeholders, CEOs, and employees.

The Trust Barometer shows that stakeholders, not shareholders, are more important to long-term company success.

Stakeholders make up 87% of the company as compared to the shareholders who make up 13%. Therefore it is important for institutions to serve the stakeholders more. From an employee standpoint, CEOs should also take the lead on change and speak out on issues in the company. 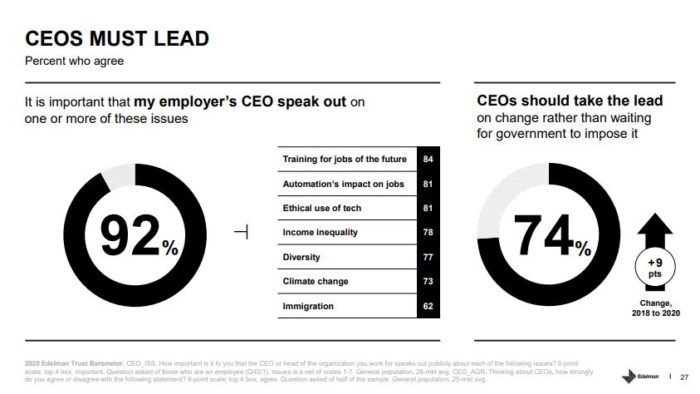 Brand democracy is also an important factor in gaining consumers’ trust. Consumers see their wallets as their vote, and trust brands that they believe can be a powerful force for change. They also expect these brands to represent them in solving societal problems. 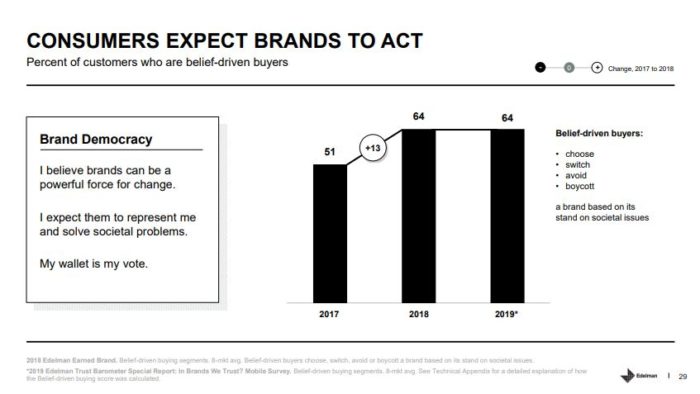 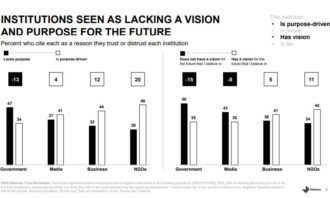 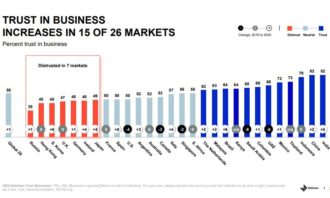 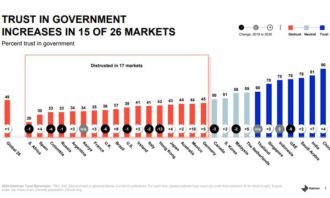 Sorrell stepped down from WPP in April last year after 33 years with the global network...

"While the search is for an agency/agencies to fulfil SIA’s social media requirements, primarily supporting the head office locate..

Li Wei-ling says censorship is bad for all business

AirAsia has denied it is in talks to sell a minority stake in its loyalty programme AirAsia BIG to private equity firms. ..