Case study: How Redoxon got consumers thinking about their health

With this in mind, Bayer (South East Asia) along with its creative agency Ape Works launched the “Boost & Slide” campaign for the Redoxon brand. This led to the brand picking up the Bronze award for Best Event – Product Launch/Re-launch at 2017 Marketing Events Awards.

This post was done in conjunction with Ape Works.

The campaign targeted women aged 25 to 44 years old with the ideal being 30-year-olds with kids. They try to live healthily without paying extra care to their daily health until they or their family members start to feel sick. They view Redoxon as a remedy to cold and flu remedy as compared to a daily supplement. Thus, there was a need to drive awareness and bring to life the reality about the immune threats faced daily and how Redoxon helps to defend against it.

The main challenge faced would be coming up with a campaign that educates the target audience on the aforementioned objectives, which will translate to an increase in sales on Redoxon products while making the entire experience a fun and memorable one.

With the aforementioned objectives, Ape Works identified that a unique out-of-the-box campaign was needed to give Redoxon the outreach it required to maintain its market leader position in the Vitamin C category. It was with this in mind that Ape Works did away with the regular roadshows and came up with “Boost & Slide”.

The Boost & Slide event aims to share the importance of self-care in today’s global lifestyle, benefits of Redoxon Triple-Action by presenting a fantastic line-up of activities such as water challenges and nutrition-inspired games.

The insight behind Boost & Slide was that freedom is protection. Consumers have the most fun outdoors when they do not have to worry about weak immune defence. It is general knowledge that one would catch a cold if they get caught in the rain. Boost & Slide was thus born as a guerilla launch for everyone to play and not worry about falling sick – take your Redoxon supplement regularly and then you are free to have fun!

A slide was used as the centrepiece of the event as it is considered a playground staple. It is something that everyone can associate and relate with, regardless of their age. Taking care of one’s immunity should be as simple as going on a slide.

A slide is also a symbol of both fun and freedom. Those who have been on one can attest that the few moments one is on a slide, nothing else mattered other than the fun that they are experiencing. The water slide was particularly chosen also because Redoxon is widely consumed to battle against cold and flu. Thus, Ape Works felt that the participants will quickly relate and be reminded of the protection that Redoxon offers against the temperature change they experience during the event, in and out the water.

The slide is divided into three sections at the start, each featuring one of the three main active ingredients present in Triple Action, before it converges into a pool where one can make a huge splash as one’s finale exit. Various other fringe activities surround the slide and further educate and entertain the target audience on daily health challenges faced and how Redoxon is the daily protection everyone needs.

One of the fringe activities planned was a life-sized inflatable modelled after the classic “Thirsty Hippo”. Kids were tied to a string and held captive by “virus monsters” (personifying threats to ones immunity) that can only be defeated by grabbing as many Redoxon vitamin capsules as they can from the ball pit in the inflatable.

To ensure that the largest amount of media coverage is achieved, a radio station was hired to do live coverage of the event. Many influencers appealing to the target audience from the lifestyle and parenting category were also engaged to spread word and come down to the event. Waterproof pouches were also given out to encourage participants to capture their moments on the slide for them to share on their social media platforms, making this a huge talked about event.

Bayer (South East Asia) launched Redoxon Triple Action, an upgraded formulation of their best seller product, Double Action. This is part of Bayer’s solution to defend its market leader position for this segment against other cheaper generics with similar formulation as Double Action. Being the 1st country in the world to launch the whole family of Redoxon Triple Action products, Bayer wants an innovative launch to excite consumers in this category with an innovative product and help drive premium for retailers.

The Redoxon’s Triple Action was launched on 2nd April 2017 through the use of Singapore’s Longest Street Water Slide at Biopolis Way.

Participants will be welcomed by a huge inflatable Redoxon entrance arch as they enter the event venue, to set them in the festive mood.

Walking in, they will first be greeted by a branded Redoxon bar where they will be able to sample Redoxon Triple Action in various ways. Whether you’re interested in a classic Redoxon drink or a Redoxon mocktail/smoothie, the choice is yours! This showcases the various ways one can enjoy Redoxon’s Triple Action. If you’re in the middle of the queue for the longest street water slide in Singapore and you and require a drink, you don’t have to leave the queue as Redoxon ambassadors with portable tank-packs would also be there at your service. If participants like what they tried, they can purchase Redoxon products on the spot at the Redoxon product booth, where all of Redoxon’s products are displayed and ready for sale.

A 14-day self-care challenge with tasks ranging from practicing yoga to taking the stairs was also shared with the target audience to have them fully maximise the benefits that they would get from consuming Redoxon’s Triple Action, like how one would maximise the benefits of working out by also dieting.

While making your way round the event venue, there were also information boards highlighting the unseen and unsuspected immune threats faced all the time, without us thinking about it. To make it easier for the target audience to understand how Triple Action works and how they would be able to benefit from it, gamification was employed to the various fringe activities and the street slide. Given that all would have had a Redoxon when they enter the event venue, they would now be ready to jump on the slide, get wet, have fun, and not worry about falling sick!

The “Ultimate Vitamin Catcher” that uses the mechanics of a claw machine rewards the player for catching essential nutrients and not the cold (or any other problems caused by deficiency of Vitamin C, D and Zinc). This subconsciously inculcates the idea that the nutrients found in Redoxon’s Triple Action are rewarding as those who win get to walk away with free Redoxon products and those who do not, leave empty handed. This thus inculcates the idea in players that Vitamin C, D and Zinc that are found in Redoxon’s Triple Action are good for them, and when they catch or “consume” those nutrients, they would be rewarded and are free from the cold! 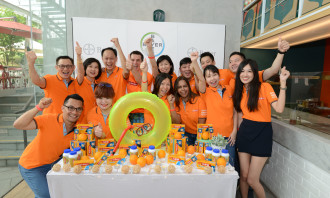 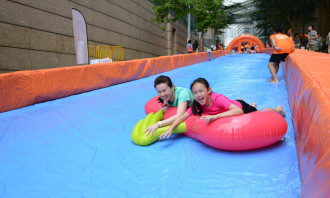 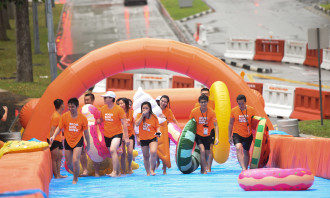 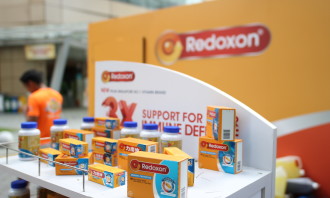 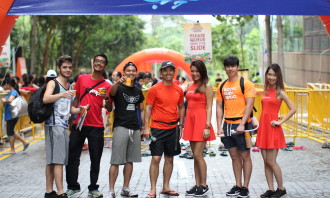 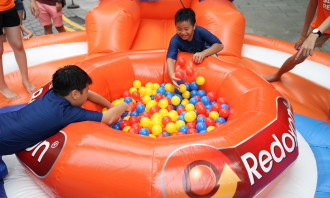 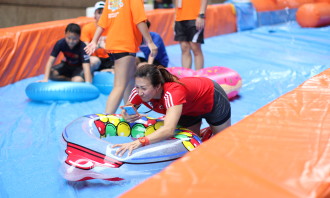 These were the stats shared:

With this out-of-the-box event concept, coupled with effective media placements, influencers reached out to more than 480,000 followings, and garnered more than 40,000 engagements. More than 6,000 clicks were driven to registration. More than 121,000 parents with young kids (target audience) were reached.

'Programmatic is like teenage sex. Everyone wants to do it, but no one knows how'

The new initiative aims to impress potential guests and give them a precise view of the property...

Why has the ex-CEO of Evisu likened fast fashion brands Top Shop and H&M as creative thieves? Joyce Yip finds out...

Deliveroo to save the day with #DeliverooSOS food packages

A series of hashtags including #WorkRage, #Hungover and #Heartbreak will be used to deepen its engagement with social media users ..

"Marketers must protect their brands, and they rightly don’t want to pay for an ad that a consumer might not have an opportunity t..

The funding will be used to expand its entry into markets such as Malaysia, China, Hong Kong, Japan, and Philippines in 2017...