Cartoon Network has worked with Tainan Tourism and Travel Bureau to launch a winter campaign in the Taiwanese city.

The campaign features characters from its global hits, The Powerpuff Girls, Adventure Time, and We Bare Bears. A themed exhibition has been arranged at the Anping Tree House, while other activations over the coming weekends include games and a cosplay competition. A lucky draw is also being held, in which families can check-in, take photos, and collect passport stamps in order to enter.

In addition to these activations, The Powerpuff Girls themselves made an on-stage appearance at the recent Tainan Music Festival as part of the campaign. Previously in November, Tainan Tourism and Travel Bureau invited the bears of We Bare Bears to tour the classic towns of Yanshui and Houbi. Photo opportunities, special souvenir giveaways, and competitions took place throughout the month with the characters showing up around eight historic locations. 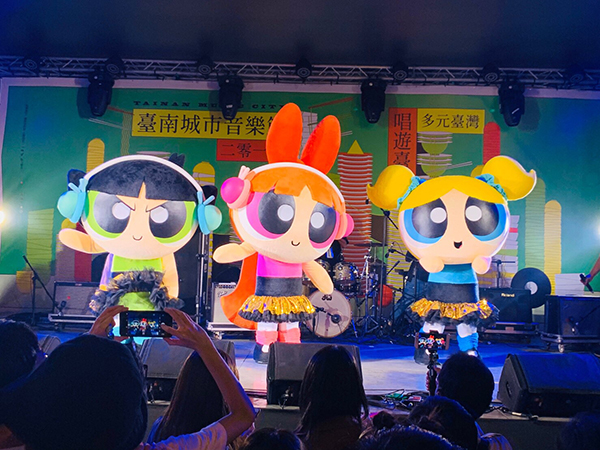 This latest push is not the first time that Tainan has featured Cartoon Network’s characters. In May, HOTEL COZZI Ximen Tainan, a Cathay Hospitality Management property, announced a tie-in with Cartoon Network to decorate 54 of its rooms and facilities, as well as the lobby, entrance, restaurant, and playground with content from Adventure Time, The Powerpuff Girls and We Bare Bears. Show characters also welcomed guests on five floors of the hotel.

Can you smell what Pizza Hut HK's cooked up for Chinese New Year 2020? A durian pizza!

Fave ramps up efforts in Singapore with new takeaway service

Fave, which has one in four merchants on its platform, said it has helped SMEs to grow their revenue by over US$280 million this y..

Will blockchain solve ad fraud issues and cut out the jobs of “middlemen”?

"While it will not solve everything, it will take ad fraud head on."..

He first joined Celcom as head of brand advertising in 2016, according to his LinkedIn...

How to get your bosses onboard your digital marketing plan

"If you don't align yourself with the company vision, no matter how fantastic your idea is, it will always be a no."..