To much potential joy for Hong Kong kids and assured internal screaming for Hong Kong parents, Baby Shark – the viral video juggernaut of the past year by global education entertainment company, Smart Study – is hitting Harbour City this summer. Harbour City has collaborated with Pinkfong to build the first Baby Shark thematic “SUPER-Shark Playground” alongside a series of interactive activities to engage its little Hong Kong fans.

Running in Hong Kong from 23 August to 15 September, SUPER-Shark Playground debuted at the Ocean Terminal Deck and Forecourt, with sharks, crabs, coral reefs, a wooden boat, a seashell slide, and a swing for kids to play around. 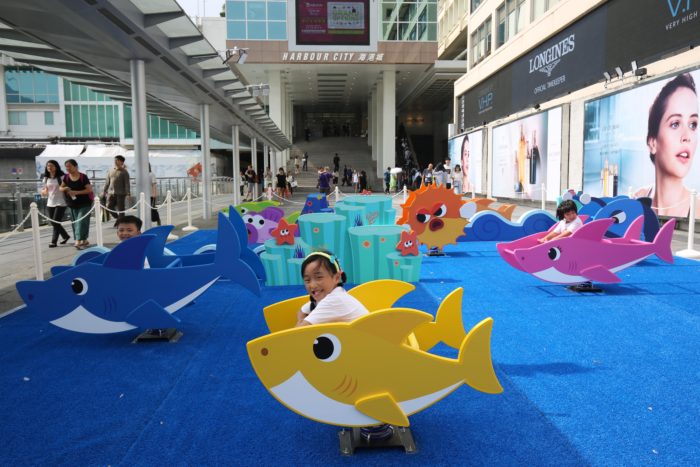 Apart from physical activities, kids can also enrol to be a student at the SUPER-Shark Music School and join in various ocean wildlife conservation lessons. These include ukulele and Cajon music classes and a “Kindermusik by Baumhau” dancing class. In addition, students can play the “Let’s Go Hunt” interactive game in the giant Submarine Classroom. 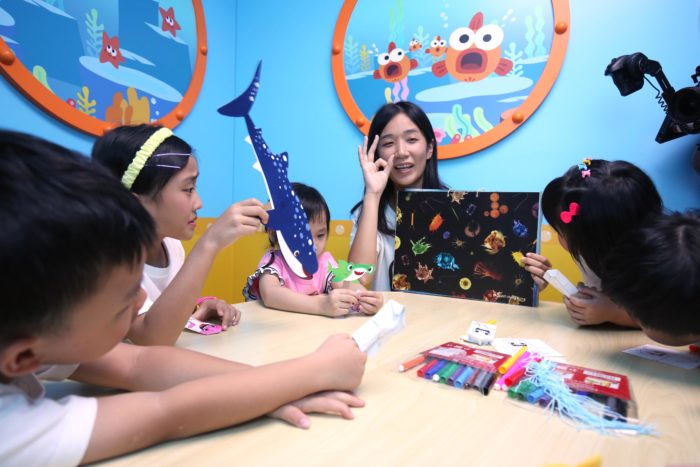 As part of the event, a Pinkfong Pop-up Store has opened in the mall showcasing over 100 Baby Shark and Pinkfong themed products across various categories, such as apparel, accessories, toys, tableware, and instruments. This marks the first time many of these products have been officially released in Hong Kong, including Baby Shark hat, backpack and training cup.

Harbour City has also collaborated with JOOX to provide a Karaoke Booth for guests to sing their hearts out and watch live music performances from the Pinkfong and Baby Shark team. By registering on JOOX, guests can download their singing video at Harbour City’s page and share it on social media platforms to get a Baby Shark DIY crown. 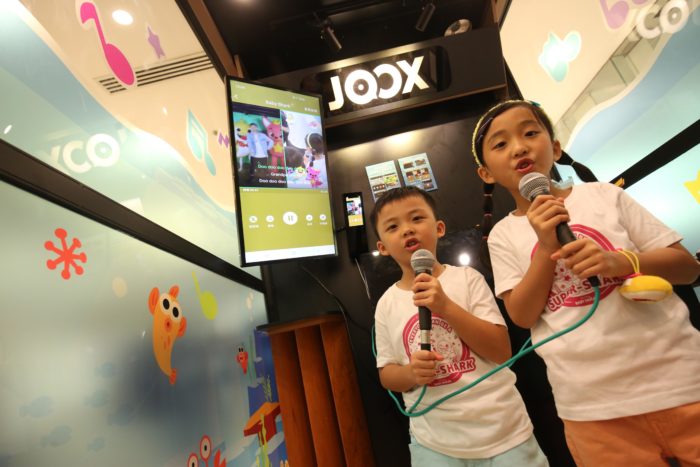 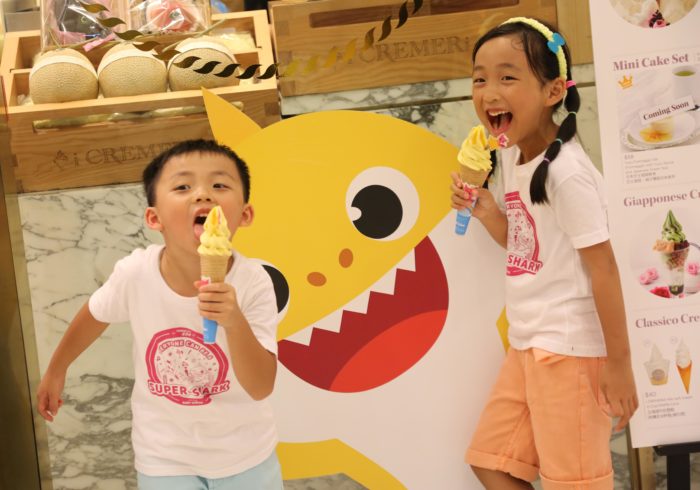 And of course, on 1 September Harbour City will host a “Doo Doo Doo Babyflap Outdoor Music Party” at the Ocean Terminal Deck. Harbour City has recruited a group of what it’s calling “SUPER-Sharks” for an official Hong Kong music video of Baby Shark. The music video will be released at the Music Party, and all of the SUPER-Sharks will be performing live for the first time.

So, mums and dads, better start working on those dance moves. Because it looks like you can’t escape Baby Shark. And if you’re gonna suffer through it, you may as well look good doing it.

Now *sigh* all together…

Tribal Worldwide Asia has created a website using tweets from the public on the passing of Lee Kuan Yew. More here...

While it might be losing a fair bit of revenue, it is surely raking in points for CX and brand love. ..

Are marketers conveying their purpose effectively?

Marketers agree that it is increasingly key to articulate purpose in marketing, but say that they struggle to do so...

Prior to its opening, the firm handled previous assignments in Indonesia in collaboration with Qycomms, which is based in Jakarta...