For the entirety of June, Marketing will be putting the spotlight on each of the category winners at the Agency of the Year Awards 2017 Hong Kong. A new category - including an overview of the winning agencies - will be featured every day, going from A-Z. 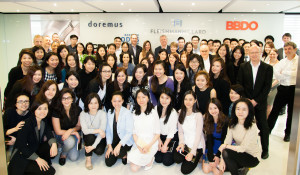 For the second year in a row, FleishmanHillard Hong Kong has won gold in the B2B Agency of the Year category.

The win comes amid another strong year for the PR agency. It won a slew of new clients, including Genting, Bose, Alcatel and InvestHK, to name just a few, while keeping losses at a minimum. Some of its longer term clients include Emerson, AT&T, Huawei, Burberry, Manulife Financial, Marriott International and Alibaba – many of whom have been with the agency for a number of years.

2016 marked the eighth consecutive year of revenue growth for the agency, alongside 20 industry award wins, and a big gain in the team – the agency now has a headcount of 73, with 18 promotions just in the past year, and a turnover rate well below the industry average.

In terms of campaigns, special mention should be made to Genting’s “Voyage of a Lover’s Dream” campaign to promote the new luxury cruise line “Dream Cruises” and the launch of the ship “Genting Dream”.

By turning a traditional cruise promotion on its head and focusing on a dream story featuring artwork, mermaids and astronauts, rather than hardware and facilities, the agency successfully ensured a fully booked inaugural cruise.

The past year saw some great work rolled out for the FIA Formula E HKT Hong Kong ePrix, Mercedes-Benz Hong Kong E-Class launch event, and the Jaguar Land Rover Evoque seesaw display in Shanghai. Located at Shanghai Expo Celebration Square, the seesaw display was suspended 45 feet off the ground and was 82 feet long. The seesaw balanced the Jaguar Land Rover Evoque Convertible on one side and the Evoque Hardtop on the other. The event integrated both ATL and BTL elements in the five-week campaign.

The event had a live vote on Sina Weibo and the Pico team was tasked with setting up a voting system which saw the results of the vote broadcast live on an LED screen at the top of the seesaw which moved according to which car got more votes. When the online votes started coming in, the cars rocked back and forth in the sky.

While the Evoque Hardtop “won” the poll with 16,789 votes, it broke the world record for the longest vehicle seesaw at 25.077m (82 feet, three inches) for the Guinness Book of World Records. 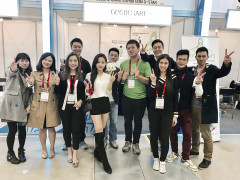 GoGoChart is in its third year in the market, and growing faster than ever, with strong year-on-year growth. In the past year alone, the agency signed on quite a few strong local and international brands, including Yamaha, SCMP, BMW, Tango, game giant Clash of Kings and Happn.

Other key clients include Apple Daily, 6Waves and UberEATS.

GoGoChart has consistently managed to boost download rates and ensured No.1 top slots on both iOS and Android for its clients; Tango’s app ranked No.1 and was featured in iOS trending; 6Waves ranked No.1 on the Google Play store in Hong Kong and Japan; while BMW was No.1 in both Hong Kong and Europe, to name a few.

GoGoChart successfully raised of US$1.5 million to continue its strong growth in Asia and facilitate its expansion plans in the Middle East and Europe.

While ActionHouse scooped up two silver awards in 2015 and 2016 in the Specialist Agency of the Year category, this year they just missed the boat in the B2B section.

ActionHouse International was established in 2005 by founder and managing director Vivian Lee, a former athlete. Since its inception, the agency has specialised in sports events, boasting long-standing key clients such as The Standard Chartered Hong Kong Marathon, the New World Harbour Race, and the Jockey Club Manchester United Soccer School Programme.

This year marked the fifth time ActionHouse helped organise the New World Harbour Race in collaboration with the Hong Kong Amateur Swimming Association and title sponsor New World Development, cleverly positioning the event as an extension of the Rio Olympics.

The race attracted 3,566 swimmers, including Olympic medallists, and more than 120 media attendees, making the event truly the “talk of the town”. The agency provides consultancy and strategic participation across the board – route planning, issue management, runner registration, media management, marketing communications and community events.

AsiaPac Net Media made the shortlist this year, but despite a strong 2016, missed out on taking home an award in the B2B Agency of the Year category.

Founded in 1996, Hong Kong’s very own AsiaPac Net Media’s key clients include The House of Dancing Water, Etude House, Marks & Spencer, Cathay Pacific, Rimowa and Forever 21, to name but a few – and client wins in 2016 grew by a third.

Specialising in search marketing across Asia, including for platforms such as Baidu, Naver, Yahoo, Yandex, Google and Bing, it has generated impressive results for its clients, and greatly reduced CPA.