During the less than an hour Facebook outage, brands and publications were competing to give the outage a creative twist.

#FacebookDown, but you needn't be. #GivesYouWings pic.twitter.com/JnVZuNkXdV 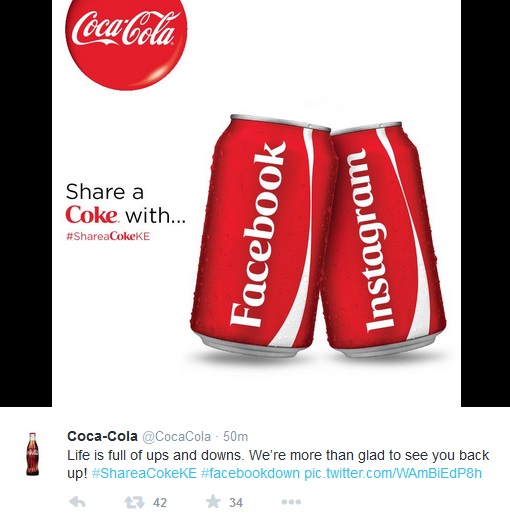 HELP @facebook is down! I can't keep breathing into this paper bag HOW DO I COMMUNICATE WITH THE WORLD #facebookdown pic.twitter.com/cLcPRlGm3R

If #FacebookDown & #InstagramDown strike for a comeback, you now know what to do. You’re welcome, Nuffnangers! pic.twitter.com/LtLqkXAjJD

Guess what book isn't down right? ANY BOOK! #FacebookDown pic.twitter.com/NoK0L8pUID

Yahoo to spin off Alibaba stake

Disney to mentor Singapore talent via launch of digital series

This comes on the back of a two-year collaboration between Disney and IMDA to grow the pool of content creators in Singapore. ..

Dennis Owen, long-serving marketing executive for Cathay Pacific of more than 30 years, has landed the role of general manager of ..

The Bees Group adds content marketing into the mix

The Bees Group continues to expand its service scope with the launch of Lab Pheno, a content marketing shop co-founded by former s..