Malaysian consumers mostly believe in a united Malaysia and are enthusiastic about ads and brands that emphasise this, said a recent study by BBDO Malaysia.

According to the study, the Malaysian national identity is more of a mosaic of different and distinct cultures that are influenced by respective religion and race. And interestingly but unsurprisingly, all Malaysians agree on two things- support for national sports champions and food.

Brands should leverage on common assets that appeal to all races such as sports and food. These assets would bring out a sense of unity, beyond racial and religious lines.

The study showed that Malaysians had several common interests and concerns. 78% believe that Malaysian food was represented by a mix of Malay, Chinese, and Indian food. 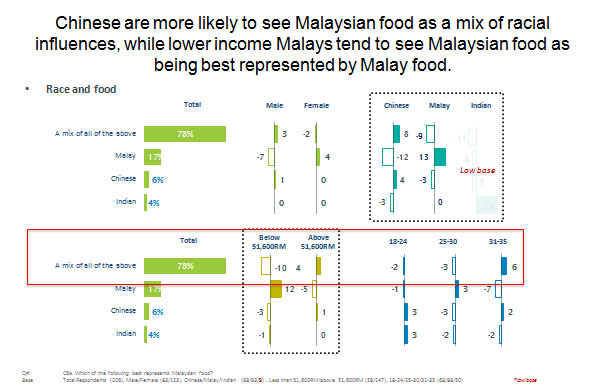 Malaysians are also seen to be empathetic towards national achievements, and this was reflected in how they view sports personalities. Around 82% of the respondents knew who Lee Chong Wei was, and 69% are familiar with Nicol David and her achievements. 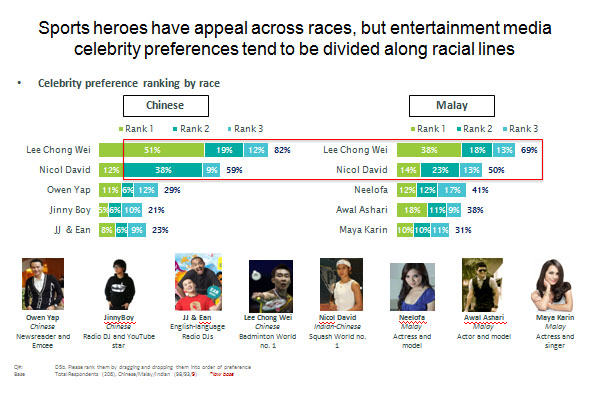 Some 67% of participants identify themselves as Malaysians before a particular race. Nevertheless, some respondents are still conscious of how religion influences identity. Nearly 50% of respondents believe Malaysians are united and that 44% of Generation-Y respondents answered very likely to making friends out of their own race.

The study posits that brands should showcase a Malaysia that is less a melting pot, but a pot with very distinct parts— which is ultimately Malaysia’s unique point of difference. 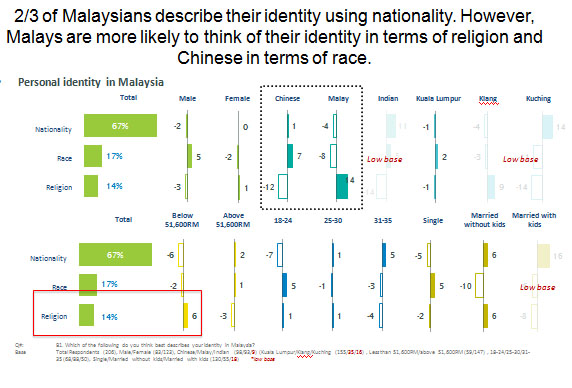 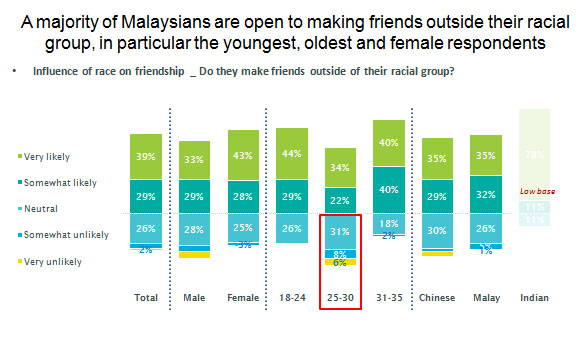 Brands should promote the resilience and tolerance that are the bedrocks of unity in Malaysia. The study showed that the participants longed to see their favourite brands reflect the multiculturalism of Malaysia, as 76% of the respondents believe brands have more of a role to play in promoting unity. Due to their ubiquity, brands have the opportunity to contribute to national conversations in a progressive and inspirational way.

“Brands can often help form the national cultural narrative. Nike’s ‘Just Do It’ is testament to the USA’s ‘Land of opportunity’ mentality. In Malaysia, brands not only have the opportunity to support a common national identity but actually help build, solidify and cement one,” Anirban Ganguly, head of innovation and strategy said. 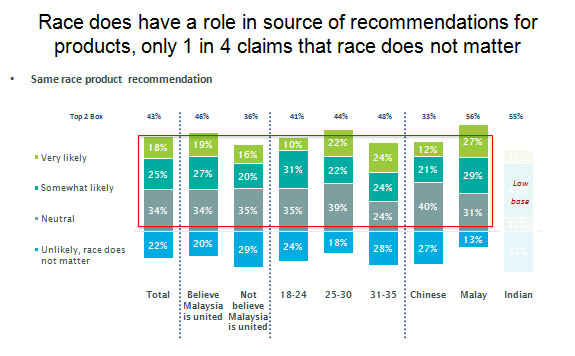 “We want to explore the concept of the common Malaysian identity, and the discrepancies in the notion of a united Malaysia. We want to know what binds Malaysians, if there are common ethics or philosophies subscribed, and if there are ways for brands to be part of the cultural narrative,” Ganguly added.

The study was divided into three broad categories, which were concepts of unity, national identity and what this means for brands. The quantitative research was conducted as a widespread questionnaire with a proportionate mix of the dominant races and gender reflected in Malaysia. Respondents are between ages 18 to 35 years old, living in Kuala Lumpur, Klang and Kuching.