3 Hong Kong has teamed up with Secret Tour for a social media project to explore the decline in human connection amid the rise of mobile devices.

The teleco signed a half-year creative partnership with Secret Tour earlier this year starting with this digital project to address social problems associated with mobile addiction.

Framed in the concept of a research lab, the campaign features two social influencers including chemistry professor Tso Wung-wai (曹宏威), known for his Q&A blog that aims to solve quirky questions form students, and Tony Electronic (東尼電機), a columnist at 100 Most, known for his weird inventions which had never been reduced to practice, until this campaign.

A range of quirky inventions created by the columnist will be unveiled on the campaign mini-site, encouraging customers to vote for their most favorite ones. A handful of voters can take home the inventions after a selection process.

The campaign rides on the back of its communication platform “Better at 3”. First introduced last year, the concept aimed to illustrate the brand’s vision and pledge to constantly improve network quality, roaming coverage, promotional offers, and customer service. 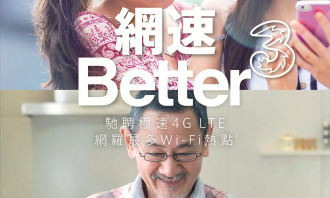 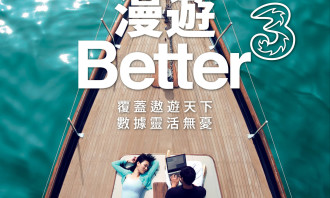 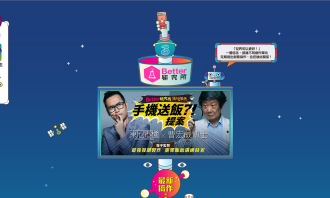 “Technology can bring people together, but at the same time, it can also widen the distance between people. See how people are addicted to their mobile phones even at social gatherings.

“In our new campaign, we hope to address this problem and to remind people the importance of human connection via customer interaction.”

In the first wave, three inventions designed to stop people from using their smartphones at social gatherings will be launched on the mini-site tonight. More ambassadors and inventions are expected in the following chapters of the campaign.

StarHub links up with VWOs to celebrate SG50

The other agencies understood to be in the final stages of the pitch are TBWA, BBDO and McCann...

ZO: What’s next for China online

Online advertising expenditure will grow to more than RMB100 billion by 2015, ZenithOptimedia predicts. ..

WPP signs landmark lease for a Shanghai Campus to house 26 companies and 3,000 staff in one c-located areas...

Has Facebook’s clean up affected brands?

Nearly three months after Facebook declared its intent to actively clean up fake 'likes', marketers say the move has had minimal i..