Hong Kong is one of the most saturated mobile markets in the world. Across the city some 8.8 million smartphones are in circulation and mobile penetration among Hong Kong consumers has reached a staggering 228%.

Yet ads on mobile phone have largely failed to evolve alongside innovations in mobile devices, with the bulk of mobile ads static, dull and void of interaction – aside from the option of hitting a close button every now and again.

HTML5 is an increasingly popular way to access the web via mobile devices, removing the need to install and download applications and can easily incorporate gestures like swiping, tapping, dropping and dragging in addition to playing video and audio.

Already companies like the Financial Times have found great success with HTML5 technology, but still some barriers remain for HTML5 ads.

Kevin Huang, chief executive of Pixel Media, said RM5 is aiming to remove these barriers, namely the lack of skill sets to develop HTML5 ads and production costs, which can range from anywhere up to HK$30,000 for a standard rich media ad.

As part of the RM5 launch, Snap Mobile has developed a total of 11 templates, with more variations to come in the near future.

But the kicker in this new RM5 venture is that Snap Mobile is offering all templates to advertisers free of charge and a campaign turnaround time of just three days or less.

The company has added a 30% media loading for rich media campaign, but clients and agencies will not pay for technical production.

“We are making it very simple,” said Huang. “All clients and agencies need to do is come up with a storyboard.”

Huang argues that until now, the industry has not given advertisers a good reason to spend more on mobile and narrow the gap between ad investment and mobile consumption.

“Personally, I did this out of frustration,” he said.

“Clients have no hesitation to spend $10 million on a TVB commercial because they see value in it. With mobile, there are a lot of unnecessary barriers holding them back.”

Early response to RM5 has been positive, with the Ocean Park, BMW, Mini, Dior and Samsung among some of the early users.

As part of the RM5 service, engagement tracking and metrics will be supported by DG MediaMind.

Huang said that an average click rate on RM5 was been between 15% and 20% higher than standard banner ads.

Andrew Wong, general manager of Starcom MediaVest, said while challenges remain for mobile advertising, there was increased demand for a better mobile experience.

“Rich media advertising, be it on mobile or desktop, simply work better and studies have shown that they increase brand awareness by 25% compared to standard display formats,” he says.

But it’s not just on the demand-side which Snap Mobile is focusing on. Broadening the creative horizons of mobile advertising is a big part of its push. On this topic, Huang is particularly critical.

“Mobile ad creative in Hong Kong is currently nothing more than static posters. It’s time to move on if our industry is to grow,” he said.

“Why do we put a print ad in a mobile environment? It’s terrible. We want to make mobile ads engaging and give brands the ability to tell a story.”

Huang said it was not impossible to think that mobile advertising will reach 10% of overall spend within the next five years.

“Advertisers are looking at mobile as a serious channel. Our aim is to bring HTML5 rich media display mobile ads to the masses and remove all barriers including cost and technical challenges that are preventing it from currently happening.”

Perhaps a shake up of the mobile ad market is what the industry needs to kick-start real growth.

Revive urges students to get offline

Revive Isotonic has launched The Master of Rev Up initiative to encourage tertiary students to get out of their digital comfort zo..

The agency’s created an entire party underwater – DJ, clubbers and all – for the brand’s message. ..

Hong Kong's dominant free-to-air TV broadcaster has received a surprise offer from a mysterious investment company to buy a 29.9% ..

Business as usual during times of volatility

Two facets of doing business in Singapore stand out when compared to other economies in the region: discretion and safety...

The promo video by Burger King even carries a similar eerie soundtrack, much like the Stranger Things opening sequel. .. 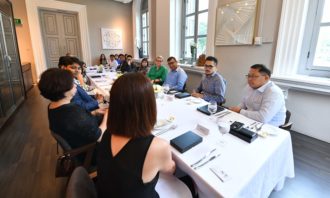 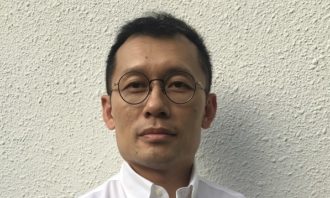