One common gripe in pitches is the issue of idea theft.

The lament commonly heard from the agency side is that once an idea is shared by the agency, it is easy for the clients to take the idea and run with it as their own, simply appointing an agency who would work on the same concept for a lesser price.

Another common sentiment shared amongst the agency folks present is that often enough, the ultimate factor in deciding who wins the pitch is the quoted price.

(Read also: Why pitch fees are unlikely , Does the 4As have any influence? and  4As defends influence in local market)

How then do you stop clients from carrying on this process? The following interviews demonstrate how challenging this issue is to regulate.

At a debate held by newly-launched Pitchmark, Nader Tadros, director HP OEM, SEA region, Microsoft defended the client perspective, saying that when calling for a pitch or looking for an agency, clients look for a partner those who can provide what the clients themselves lack.

“What comes through the door are suggestions as to what we lack so when different agencies come in with different ideas it is like feedback. It is difficult not to build on the feedback you get,” he said. With so many ideas thrown out, there are always temptations to incorporate parts of it into the campaign, added Tadros.

Part of the pitching process is also about being educated, Tadros added. While agencies are learning about the brand they are pitching for, clients too are learning more about themselves and their image from the process. “Are pitch fees then covering the education and learning process then?” he asked.

Tadros raised another valid point. Sometimes agencies tend to recycle ideas, he said. “If we are to pay a pitch fee, what is the assurance that the idea created is solely for our organisation and will not be reused or resold to a competitor if we are to reject the idea at that point?” Tadros asked.

Stephanie Lee, manager, original productions, content development, SingTel added on that unfortunately the recycling of ideas issue is simply the “nature of the business”. Lee said that in her experience, this is a common phenomenon and even for an agency, ideas are generated based on “inspiration” from another avenue.

With an abundance of images and information readily available, it is often difficult to claim that an idea is completely original.

However she was quick to clarify that while recycling of ideas may be the nature of the business, she was neither in support nor acceptance of it – and this is even more so in the case of stealing ideas.

Rodrigo Rivas, producer of creative Solutions at CNBC, also seconded Lee. “Being on the content creation side, he said, “It is not hard to often take inspiration from works you admire. So how exactly do you put a price on an idea and who would you attribute it to?”

What are your thoughts on preventing idea theft? Reach the reporter on this story at rezwanam@marketing-interactive.com

The campaign will be rolled out over the next few months and the work will be seen in print, OOH and across multiple digital chann..

The partnership, which is driven by both Discovery Networks International (DNI) and DNAP, will be for a period of one year...

AirAsia X becomes second airline in Malaysia to offer 'Quiet Zone', reserved for passengers above the age of 12, on board its long..

Another COVID-19 song: Mediacorp shines ‘The Light’ on its audience 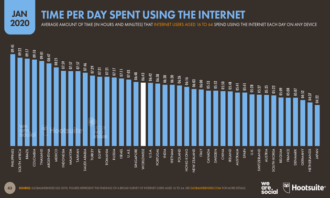 Another COVID-19 song: Mediacorp shines ‘The Light’ on its audience